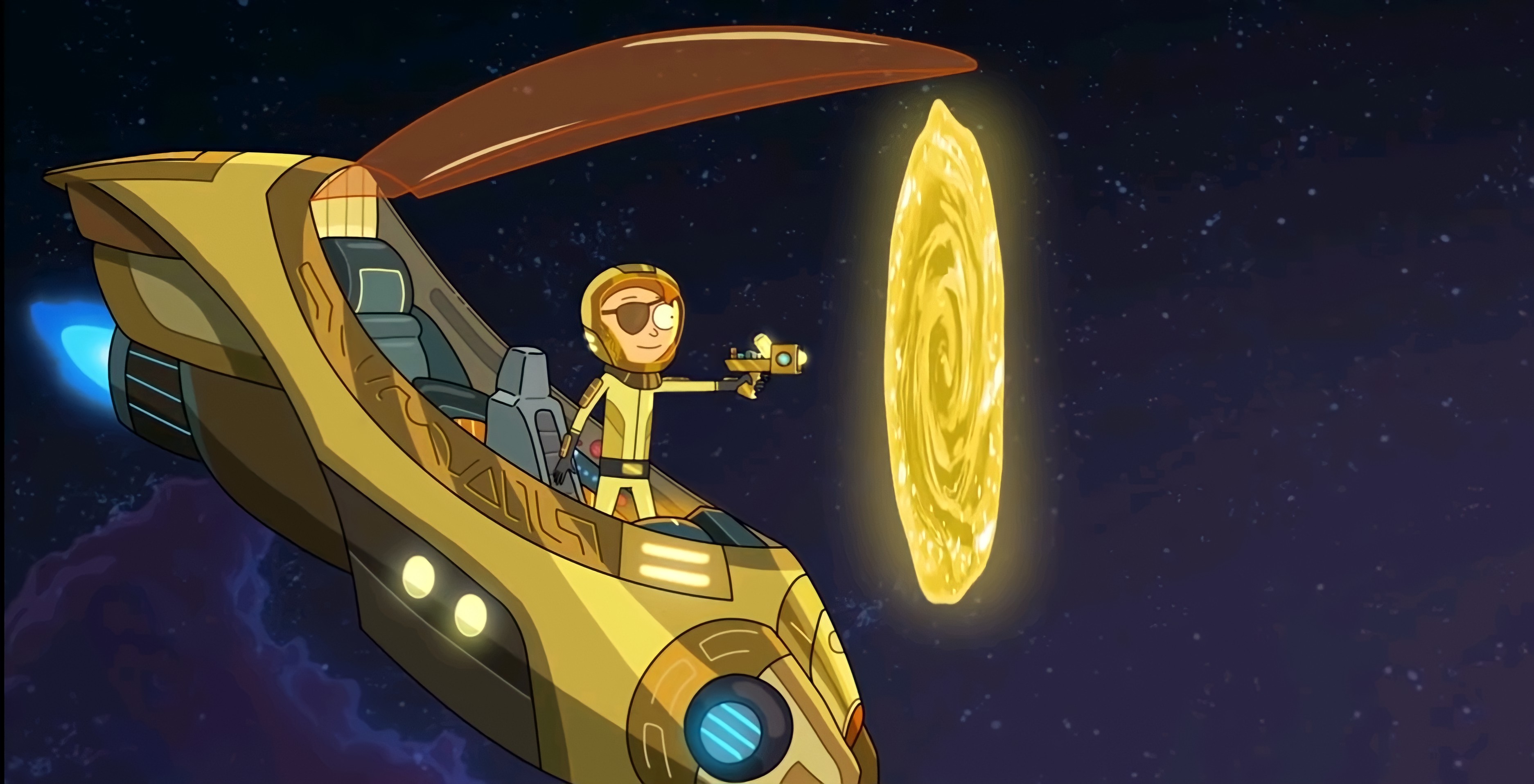 Adult Swim’s animated science-fiction sitcom ‘Rick and Morty’ follows the interdimensional and multiversal adventures embarked by the sociopathic scientist Rick Sanchez along with his grandson Mortimer “Morty” Smith. As they progress through their expeditions, the duo encounters various realities, habitations, planets, and their own alternative existences. The show also explores the relationship between the narcissistic Rick and distressed Morty, as the former often traumatizes Morty with his questionable methodologies to deal with the predicaments they face throughout their journey.

Created by Justin Roiland and Dan Harmon, the two-time Primetime Emmy winner is one of the most critically acclaimed animation shows of the 21st century. Since its premiere on December 2, 2013, the show has become a benchmark experiment in the animated sci-fi genre, with critics praising its boundless realm of scope and imagination. Over five seasons, it has outgrown the genre expectations to delve into the philosophical domains of nihilism and absurdism in a post-modern setting. As the show is maturing to a new installment, here’s everything we know about ‘Rick and Morty’ season 6!

‘Rick and Morty’ season 5 premiered on June 20, 2021, on Adult Swim, the nighttime programming block of Cartoon Network, with the season concluding on September 5, 2021. The fifth season comprises 10 episodes with a runtime of 22 minutes each. As far as the sixth season is concerned, here’s what we know!

On May 10, 2018, co-creator Justin Roiland announced the show’s renewal for 70 episodes by Adult Swim. Based on the long-term deal, Roiland and Harmon can club an unspecified number of episodes together for a season. The duo has consistently structured individual seasons into a ten-episode model (except the first season, which comprises eleven episodes), leaving 50 episodes in the long-term deal after the season 5 finale.

More Rick and Morty coming. Looking forward to all the tweets asking where it is! #theydrawingit pic.twitter.com/KZild3B9rP

In July 2020, at Adult Swim Con, co-creator Dan Harmon confirmed that works are underway for the sixth installment. “We’ve got all these writers out to script season 6, and we’ve spent the last couple of months with new writers talking about season 6,” Harmon said. In September 2021, showrunner and executive producer Scott Marder gave an update regarding the progression of season 6 in an interview to the Interdimensional RSS podcast. “We’ve really gotten the show moving, but that’s to say Season 6 is animating, everything’s in the process,” he said.

In August 2021, writer Cody Ziglar shared that the writing for season 7 has wrapped, indicating that the production of the sixth season is progressing as expected. With animation and other production procedures to complete, we might not need to wait for more to see the dynamic duo back in action with more eccentric adventures. Considering these factors, we expect ‘Rick and Morty’ season 6 to release sometime in Q3 2022.

Rick and Morty Season 6 Voice Cast: Who can be in it?

‘Rick and Morty’ season 6 will see the return of almost all the principal voice cast members, including Justin Roiland as both Rick and Morty, Chris Parnell as Jerry Smith, Spencer Grammer as Summer, and Sarah Chalke as Beth Smith and Space Beth. Kari Wahlgren is expected to return to voice the Space Cruiser and Jessica.

A bunch of new and recurring characters appears in the fifth season and some of them might continue for the sixth season. It comprises Dan Harmon (Mr. Nimbus), Alison Brie (Planetina), Dan Harmon (Birdperson), Keith David (President Curtis), Timothy Olyphant (Coop), Cassie Steele (Tammy), and Christina Ricci (Princess Poñeta). Along with the recurring cast, we can expect a fresh batch of voice actors to join the show for the sixth season.

Rick and Morty Season 6 Plot: What can it be About?

The ludicrous adventures of Rick and Morty find a heightened eccentricity in season 5 of ‘Rick and Morty.’ Rick faces off with his nemesis Mr. Nimbus when Morty tries his luck with Jessica for a date. In another episode, the Smith family is killed by alien squid assassins in an alternative reality, and in another, Rick uses Morty’s sperm to create gigantic sperm monsters.

Morty’s romantic yearning finds a momentary relief with Planetina, but he gets disappointed when Planetina tries to destroy a mine, killing hundreds of miners. His adventures take a bizarre turn when he destroys the constitution of the United States. Rick also takes a walk through the memory lane to understand Birdperson’s behavior. The fifth season ends with the return of the Evil Morty, as Rick and Morty travel to the Citadel.

Season 6 of ‘Rick and Morty’ might explore the main antagonist of the show — Evil Morty — in detail. Rather than focusing on the standalone adventures, the sixth season might focus on continuing the development of Evil Morty as he breaches the Central Finite Curve. The upcoming installment is expected to begin with the journey of Evil Morty as he travels to an unknown destination following the showdown in the fifth season finale.

In the same interview with the Interdimensional RSS podcast, showrunner Scott Marder also hinted at developing a storyline throughout the season after the season 5 finale. “We ourselves, even before [Season 5] aired, were like ‘Oh it would be fun to give things a little bit more continuity, make things feel like they’re not so standalone,’” Marder added. With infinite possibilities ahead for Rick and Morty in the new season, we can expect a significant development of Evil Morty along with all other characters.