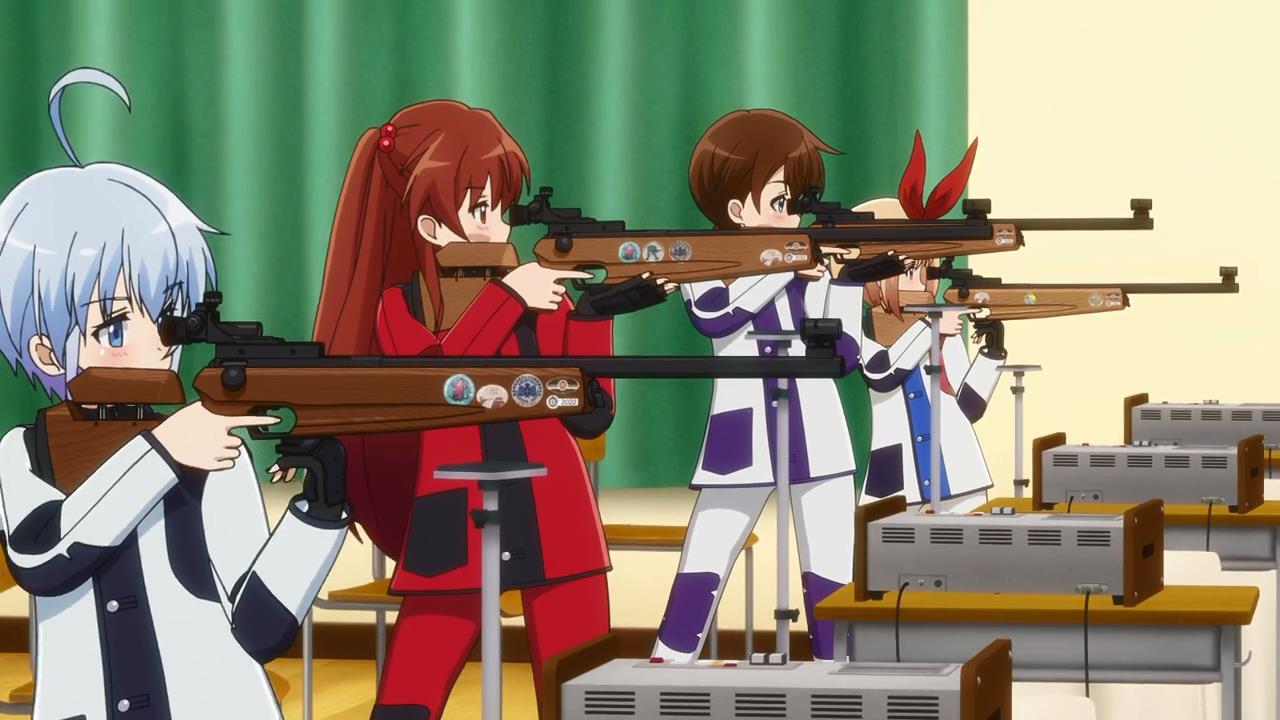 Produced by Studio 3Hz, which is mostly known for creating ‘Black Fox‘, ‘Rifle is Beautiful’ is lesser-known anime that focuses on the sport of target shooting. It also brings in some stale elements of slice-of-life that can be seen in pretty much every other similar show. Though there isn’t anything particularly novel about it, what makes it quite enjoyable is its vibrant characters. It also exudes a kind of relaxing atmosphere where you can just sit back and enjoy the adventures of some cute high school girls. At this point of time, not too many anime viewers are talking about it and it will probably be forgotten a bit too soon. But it’s still worth a shot if you’re just looking for an anime that is simple and pleasant.

Rifle is Beautiful Season 1 Release Date: When will it premiere?

The show has been adapted from a 4-koma manga and that’s one big reason why we’ll probably never get to see any more of it after season 1. But if everything works out well for the anime, the manga’s author, Akki Sarumi, might consider publishing new content for its season 2. From the looks of it, though it has received some positive reviews, its overall rating on most platforms is slightly below average. As unlikely as it may seem right now, if we get any confirmed news regarding its season 2 in the future, we will surely update it here in this section. Till then, you can check out other similar sports anime.

As of now, ‘Rifle is Beautiful’ is not available on any well-known anime streaming websites but you can still stream it on other unofficial platforms.

With a range of 10 meters, a diameter of 1 meter and an overall capacity of 60 bullets, everyone’s all set for a gruesome Beamrifle Competition where the competitors only have 45 minutes to prove their worth. The sport of shooting might seem easy for an outsider but the girls of Chidori High School very well know how straining it can be at times. Kokura Hikari, the main protagonist of the series, is a first-year high school girl who absolutely loves rifle shooting. As soon as she joins the Chidori High School, she enrolls herself in the shooting club. But she soon discovers that the club has been disbanded and she only has a day to reform the club. She desperately searches for new members and is somehow able to find three more passionate shooters who, just like her, are determined to win the upcoming Beamfire Competition.

Hikari Kokura is the main protagonist of the series who is more passionate about the sport of shooting than anyone else in her school. But despite being so passionate, her shooting average rarely goes beyond the qualifying score. But then there are other times when she is easily able to defeat her opponents by completely focusing on her end goal. She is also quite outgoing and establishes herself as the leader of the Shooting Club of her school. Even during competitions, she is kind to everyone and is easily able to make new friends.

Izumi is also a first-year student at the Chidori High School who takes up shooting lessons in elementary school after Hikari asks her to. She is not all that great at the sport but still manages to get an average score during most of her matches. She lives her father and takes care of everyone on the team.

Erika is an all-rounder who comes from a very wealthy family. She is extremely popular in school because she manages to excel at both studies and athletics. But when it comes to shooting, she leaves everything behind her and entirely focuses on the sport. Apart from being so good everything, she also proves to be a very loyal friend who goes out of her way to help the ones who are close to her.

Yuiko is again a first-year student at Chidori High School who is a Japanese top-ranked shooter and even in middle school, she had won several shooting titles. A lot of people find her weird when they first meet her because she rarely talks. She usually walks around with a blank expression on her face but is really nice to her friends at the club. Out of all the four members in her team, she is the best shooter.