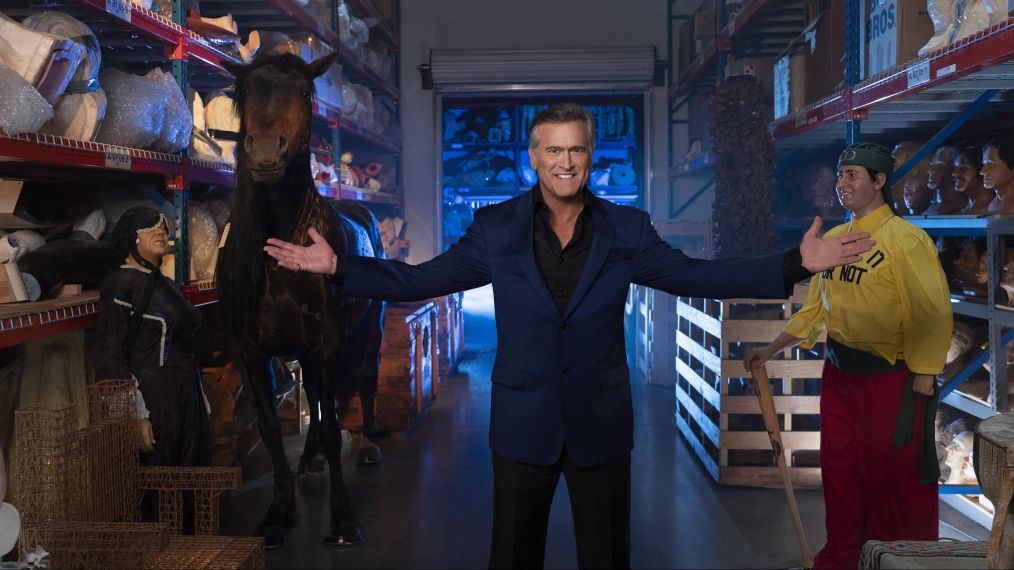 ‘Ripley’s Believe It Or Not!’, the now famous series, was started way back in 1918 by Robert Ripley as a newspaper panel. In 1919, he first used the phrase ‘Believe It or Not’ as the title of the panel. Since then, what Ripley started out went on to become a massive cultural phenomenon. ‘Believe It Or Not’ then saw radio and television shows made on it, comic books being written about it, and even museums come up based on it. ‘Ripley’s Believe It Or Not!’ is quite simply a mega television franchise. It has seen many versions over the years, with the last one being aired way back in 2003. The Travel Channel revived the show in 2018 with the famous ‘Evil Dead’ series star Bruce Campbell as the host.

Ripley’s Believe It Or Not! Cast: Who is in it?

The constant member of the series is definitely the host Bruce Campbell. He became a hugely popular actor after the Sam Raimi franchise ‘Evil Dead’ where he plays the character Ash Williams. He can also be seen in movies like ‘Crimewave’ (1985), and ‘Sundown: The Vampire in Retreat’ (1989). Campbell’s interesting and unique personality surely adds a certain degree of excitement to the series. “Shooting this iconic series in Ripley’s warehouse was actually unbelievable”, said Campbell. “I was blown away by the treasures that unveil a fascinating time capsule into the past and present. Fans are not going to be disappointed when they see the scope of wonderful and weird stories we reveal every week.”

The other important cast members we see throughout the series are the ones who can do things we cannot even imagine being humanly possible. We get to meet people like Rick Smith who can hurl playing cards at the speed of 92 miles an hour. Then we met Dai Andrews, who can swallow swords with ease. We also met a couple who show the courage of walking over a thin net across an 800-feet deep canyon. There are several more interesting, fascinating, and shocking people that we meet throughout the course of the series.

Ripley’s Believe It Or Not! Plot: What is it about?

In its very essence, ‘Ripley’s Believe It Or Not!’ is about a belief that nothing is impossible. Throughout the course of the series and the century-old history of the franchise, we have always been shown things that are impossible to achieve.

In the first episode of season 1, ‘Natural Born Thrillers’, we get to meet six extraordinary men with special powers. While one can run upside down at full speed, the other one can balance almost anything given to him. Rick Smith amazes us with his power to throw cards, while Dai Andrews swallows swords.

In the second episode of season 1, titled ‘Invisible Worlds’, we see things which do not normally appear within the scope of our abilities of perception. We meet a man who can create tall structures just by balancing rocks because he can feel the vibrations within them. There is a rock band called ‘OK Go’ who shoot a video for 4.3 seconds and then slow it down 20,000 times to make it last more than three minutes. This then becomes their new music video. The extreme slow motion naturally reveals movements that the naked eye is unable to capture.

In the third episode, titled ‘Showstoppers’, we meet groups of people who have managed to achieve the impossible. There are three brothers who pass millions of volts of electricity to each other using Tesla coils. Lily Hevish is a domino master. She manages to thank her followers on social media by making 39,000 dominos fall successively. Another woman wraps herself in a whip set on fire while a man called Michael Gump creates thousands of facial disguises, each more fascinating than the other.

In the fourth episode of season 1, ‘Beyond Nature’, brings to us the stories of people who have virtually impossible abilities or syndromes. John “Hammerhead” Ferraro is one of the most unique people we meet in this series. He can use his head to hammer in nails into planks. Another man, Luis Slayton, has developed a unique bond with honeybees. They listen to him and don’t even harm him when he goes to collect honey from their hives. Campbell also shows us footage of Chuy the “Wolfman” and his family. All of them suffer from hypertrichosis, a syndrome where they have equally dense hair growth throughout their bodies.

Ripley’s Believe It Or Not! Season 2 Release Date: When will it premiere?

‘Ripley’s Believe It Or Not!’ season 1 premiered on June 9, 2019 and ended after 11 episodes on August 11, 2019. It is an exciting franchise that always brings to us a chance to test the boundaries of human ability. There is hardly anyone who is not interested in checking out the impossible feats which some people have managed to achieve. With the new revival, interests are bound to grow, so it makes sense to continue the series for at least a few seasons. No announcements have been made yet by Travel Channel, but expect ‘Ripley’s Believe It Or Not!’ season 2 to release in June, 2020.

Ripley’s Believe It Or Not! Trailer: