When Will ‘Rise of Empires: Ottoman’ Come Back on Netflix? 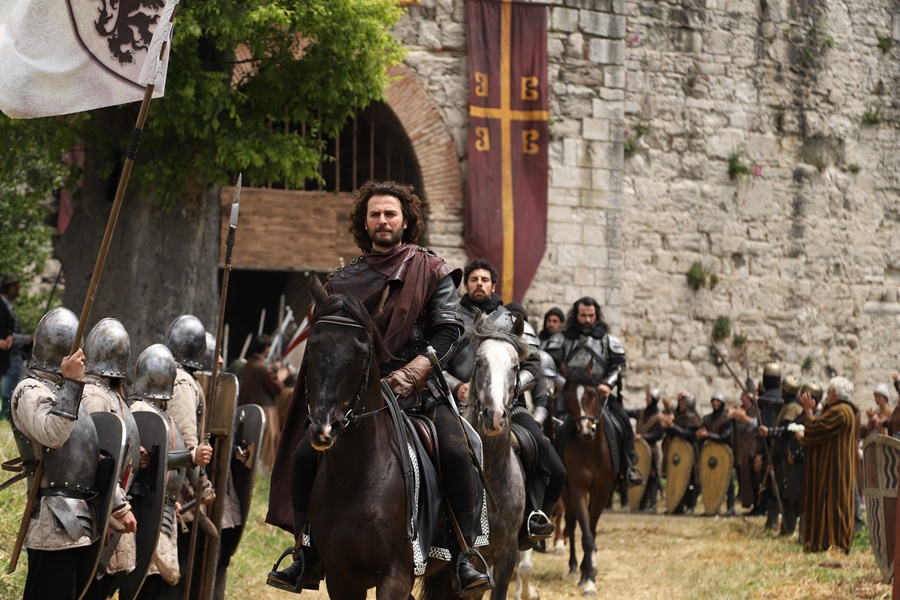 ‘Rise of Empires: Ottoman,’ is a historical docu-series that chronicles the life of Fatih Sultan Mehmet also known as Sultan Mehmed II. It documents the astonishing rise of Ottoman Empire over the fall of Constantinople, in the reign of Mehmed II. Showrunner Emre Şahin serves as the director and writer of the show, along with co-writers Liz Lake and Kelly McPherson. Sahin is best known for his award-winning films like ‘Takim: Mahalle Askina!’ and ’40.’

The show aims at bringing to life, the unknown secrets and hidden mysteries about the conquest of Istanbul and by one of the most-revered Conquerors. And to achieve that, the makers give us a fusion of fiction and documentary with an elaborate production design and budget, a storytelling style that is rarely demonstrated in mainstream television.

The first season of the show was appreciated by the audiences and critics because of its lavish costumes and extraordinary set design. Does that mean, we will get to see Rise of Empires Ottoman season 2? Let’s find out.

Rise of Empires: Ottoman Cast: Who is in it?

‘Game of Thrones’ and ‘The Crown’ fame Charles Dance is the voice actor that provides the English narration on ‘Rise of Empires: Ottoman.’ The show also features historians Roger Crowley and Jason Goodwin to provide insights on the historical references that are depicted in the show.

Since ‘Rise of Empires: Ottoman’ is a docu-drama, the show features characters that reflect real-life history.

Cem Yi̇ği̇t Üzümoğlu plays the titular character of Sultan Mehmed II or Mehmed the Conqueror, an enigmatic emperor, who is also the first Ottoman ruler to achieve widespread respect or admiration. The Turkish actor is known for his performances in the shows ‘The Protector,’ and ‘Adi Efsane.’ Tommaso Basili essays the role of Emperor Constantine XI, the last Christian emperor to rule from Constantinople. Basili’s other works include ‘L’isola di Pietro’ and ‘1993.’

The other members of the cast comprise Damla Sönmez (‘Bornova Bornova’) as Ana, Tansu Bi̇çer (‘Bes Sehir’) as Orban, and İlayda Akdoğan (‘My Brother, My Love’) as Therma Sphrantzes.

What is Rise of Empires: Ottoman About?

It portrays how a 21-year-old Sultan Mehmed II leads an army to capture Constantinople (Istanbul), the Eastern world capital, by overthrowing the Byzantine Empire, led by Constantine XI.

Through the impeccable performances in the show, we learn how Sultan Mehmed II, also referred to as The Conqueror, sets an example of magnificence, by showcasing his skills, competence, accomplishments, strengths and weaknesses, and other talents. Known for his brilliance, the show proceeds to throw light on Mehmed II’s systematic war planning by displaying the conquest of Istanbul on May 29 1453.

Through the show, we get to learn how Sultan Mehmed II managed to rebuild Istanbul after the downfall of the Byzantine Empire, by exercising just and ingenious policies and regulations in his administration.

When is Rise of Empires: Ottoman Season 2 Release Date?

‘Rise of Empires: Ottoman’ season 1 premiered on January 24, 2020, on Netflix. The first season consists of six episodes with a runtime of 45 mins each.

As far as the next season goes, here’s what we know. The first season of the show ends with Mehmed the Conqueror’s conquest of Constantinople. But there are many other conquests he made during his rule that lasted from August 1444 to September 1446, and then later from February 1451 to May 1481. Which means, the makers of the show have a lot more to explore — if they want to.

Our best guess is that the show will get renewed. You can expect ‘Rise of Empires: Ottoman’ season 2 to release sometime in January 2021.

Check out the rip-roaring trailer of ‘Rise of Empires: Ottoman’ season 1!