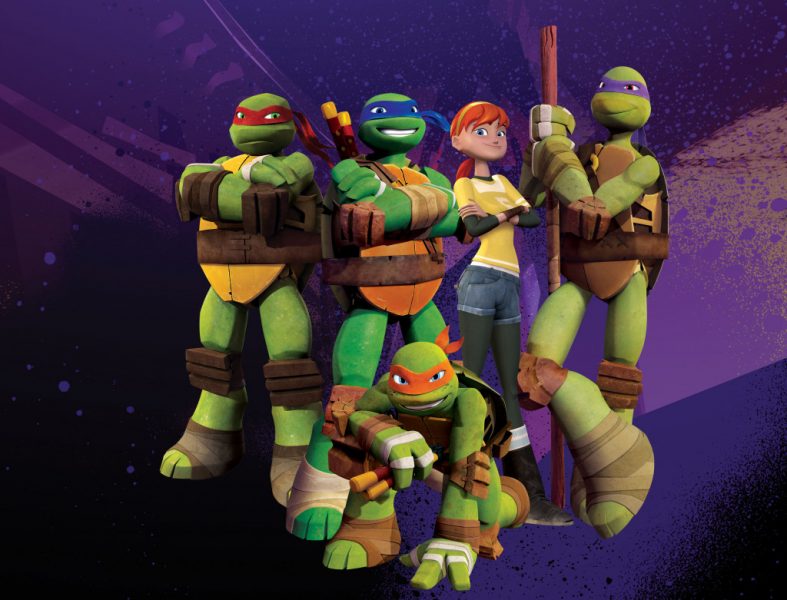 If the names Raphael, Leonardo, Donatello, and Michelangelo do not remind you of just Italian Renaissance painters, then you too are likely to be fans of ‘Teenage Mutant Ninja Turtles’ created by Kevin Eastman, and Peter Laird. ‘Rise of the Teenage Mutant Ninja Turtles’ is an American 2D animated series developed by Andy Suriano and Ant Ward and produced by Vladimir Radev. It is based on the comic-book characters and revolves around the adventures of the Turtles and their efforts to solve the hidden mysteries of New York. Though the show is an adaptation of the superhero series, the plot is wholly changed to bring a new perspective to the viewers.

The show airs on Nickelodeon and first premiered on July 20, 2018. The network addressed the issue of the show heading in a new direction, saying, “The Turtles is a property that has reinvention in its DNA, which keeps it fresh and relevant to every new generation while satisfying the demand from its adult fans. ‘Turtles’ has been an incredibly important franchise for us since we reignited it five years ago, and we’re excited for the new series to take the characters in a different direction with more humor, a younger and lighter feel and all-new dimensions to explore.”

Excited to know how the series has been reimagined? Then, read on, and allow us to pique your interest even further with the news that a movie based on the series is underway at Netflix, as of February 5, 2019.

Rise of the Teenage Mutant Ninja Turtles Cast: Who is in it?

Firstly let us walk you through the Turtles who are obviously the center of attention in the series. We have Raphael, voiced by Omar Benson Miller, known for his role in ‘Ballers‘. Raphael is the oldest of the group and is 15 years old. He is the de facto leader of the group and uses the tonfa that draws strength from him during battle. His tendency to act before thinking often lands the group into trouble.

Next up we have Leonardo and Donatello, both aged 14. The former is voiced by Ben Schwartz of ‘Parks and Recreation‘ fame, while the latter is voiced by Josh Brener, who has appeared in shows like ‘Silicon Valley‘ and ‘The Big Bang Theory‘. Leonardo likes to think of himself as the coolest member of the group and somewhat of a trickster. He uses an odachi sword that can open portals. Donatello or Donnie is the genius of the team and enjoys the praise. He has a soft shell, so he uses various battle shells during confrontations. He has a sidekick drone called S.H.E.L.L.D.O.N. Unlike his brothers who use magical weapons, Donnie prefers using a high tech bo or staff that can transform into a variety of weapons. This brings us to Michelangelo, voiced by Brandon Mychal Smith. At 13 years of age, he is the youngest in the group and something of a wild card. His weapon of choice is a kusari-fundo that has the ability to become a fire spirit.

The best ally of the Turtles is, of course, Splinter, voiced by Eric Bauza of ‘Ballmastrz: 9009‘. Splinter is the adoptive father and sensei of the Turtles. He is a mutated rat who teaches the Turtles the fighting skills they need to become superheroes. Another ally is April O’ Neil, the human contact of the Ninja Turtles. She is a fun loving and thrill-seeking girl who cannot seem to hold down a job but is always around to help our young heroes.

There is also a whole roster full of villains, but if you are familiar with the original source, then you will know that the archnemesis of the Teenage Mutant Ninja Turtles is the Foot Clan, a group of evil ninjas. Their head is Shredder, who was defeated by Splinter’s ancestors. The Foot Clan is continuously trying to put back Shredder’s armor together to restore him to power, and it is up to our heroes to stop this terrible thing from happening.

Rise of the Teenage Mutant Ninja Turtles Plot: What is it about?

‘Rise of the Teenage Mutant Ninja Turtles’ is an animated sci-fi series that follows the adventures of the four mutant turtle brothers, Leonardo, Raphael, Donatello, and Michelangelo, who are well into their teenage and live in the sewers of the New York City. One fine day, they discover that they are naturally gifted with the powers of the Ninja, a secret that they were not aware of all these years. They slowly learn to use their powers and also learn to work together as a single team. The turtle brothers wish to become superheroes with the help of their mystic powers, but in the journey to achieve their dream, they face a lot of difficulties and challenges that they have to navigate and surge through. Together, they try to solve the hidden mysteries of New York City.

What makes this re-imagination truly refreshing is the more rounded look it takes at the Turtles and tries to convey the ‘teenage’ part of the title to the viewers. As a result, there are a lot of one-liners and jokes, and though some are hit and miss, overall, it makes for a fun experience as we watch the Turtles take on several bad guys. The animation style is also intentionally designed to look super edgy and cool, with the influences of mangas and graffitis showing.

All in all, this is a reiteration of the series that you do not want to miss, and we cannot wait to see what the upcoming season has in store.

Rise of the Teenage Mutant Ninja Turtles Season 2 Release Date: When will it premiere?

You can check out the trailer for ‘Rise of the Teenage Mutant Ninja Turtles’ below. If you have not seen the series, but happen to want to check out some good animated superhero shows, we recommend you watch this group of pizza loving, sewer-dwelling turtles as they battle evil.