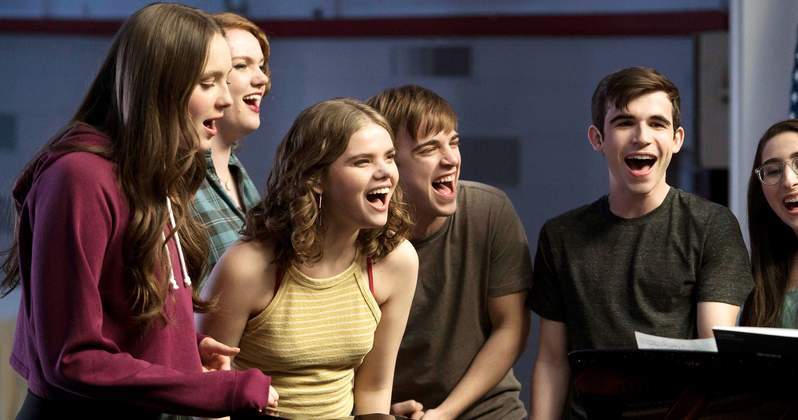 If you love American musical dramas, then you probably love ‘Rise’. Inspired by the book ‘Drama High’ by Michael Sokolove, ‘Rise’ has Josh Radnor, famous for his role as Ted Mosby in ‘How I Met Your Mother’, in the lead role as Lou Mazzucchelli. The teen drama show has been created by Jason Katims. Like in the book, the series tells the story of Lou Volpe and the famous theatre program at Harry S. Truman High School in Bucks County, Pennsylvania.

The show airs on NBC and first premiered on March 13, 2018. Musical dramas are good entertainment and have in fact been the cornerstone of the entertainment industry for quite a long time. They usually have a basic plot structure about a character struggle which eventually has a happy conclusion. While I am personally not a fan of musicals, even I have to admit that as far as art is made for the sake of escapism, musicals are a perfect fit.

In today’s day and age, the content that we are subjected to is way too serious, even musicals in our time, notably ‘La La Land‘ eschewed the traditional happy ending to show the struggle of postmodern humanity between conflicting desires. Anyhow, ‘Rise’ is a welcome change and keeps the tone of the series light, naturally drawing fans of musicals, and gaining an audience among those who turn their televisions on to escape the harshness of reality. That being said, critics have expressed concern that the show has ‘straightwashed’ its characters. The series has changed the book’s real-life source, who is a gay man, to a straight man. This has led to charges of cultural theft and gay erasure, not to mention the misrepresentation of a tale that could have been about the complicated story of an LGBT hero.

Rise Cast: Who is in it?

The main cast of the show includes Josh Radnor, who plays the lead role as Lou “Mr. Mazzu” Mazzuchelli. He plays the role of an English teacher at Stanton High who wishes to uplift the school’s drama presentations.

Marley Shelton plays Gail Mazzucchelli, the wife of Lou, who is his pillar of support. Rosie Perez plays the role of Tracey Wolfe. She was the assistant director who was offered the director’s job before it was given to Lou. However, she approves of the decision and lends her support to her replacement.

Auliʻi Cravalho takes up her role as Lilette Suarez. She is a high school student and member of the Stanton drama club cast in the lead role of Wendla. Her character faces issues at home. Damon J. Gillespie is seen as Robbie Thorne, who is cast in the leading role of Melchior in the play.

Shirley Rumierk appears as Vanessa Suarez, the mother of Lilette. She has an affair with the football coach. She and her daughter have a rocky relation.

Joe Tippett is cast as Coach Sam Strickland. He is a proud Stanton football coach who is adamant that there is not value for arts when compared with sports.

Rise Plot: What is it about?

The main plot of ‘Rise’ is about a dedicated teacher, Lou Mazzucchelli (Josh Radnor), who removes all doubts and decides to take the school’s theater department to a whole different level. His words and actions inspire the faculty, students, and even the entire working-class town.

Jason Katmis’ adaptation of the book was a decent one with reasonably good reviews from several critics and the viewers alike. If you’ve seen ‘How I Met Your Mother‘ you will recognize similarities between Ted and Lou’s characters. Except, Lou is self-serious, unfunny, and does not have sidekicks to take off the edge of his actions. Moreover, it is problematic that Lou’s closeted gayness is completely erased from the series. True, the show does compensate for it by showing other characters coming out, but it feels like a placating stance rather than an honest plot point.

The Hollywood Reporter sums up the show well, saying, “Poor Lou-based choices aside, most of the core Rise cast is quite good, starting with remarkable Moana vet Cravalho. It’s rare that the “star is born” moment in stories like this translates so purely to the audience, but every time Cravalho/Lillette opens her mouth or takes the spotlight, the camera and all eyes are on lockdown. Her personality meshes nicely with Gillespie’s much quieter charm, which conveys decency and earnestness over red-hot charisma. Like Tippett and Shelton, the ensemble responds to improved writing and storytelling clarity with improved performances as the season progresses; Sutherland, Johnson, Desautels, Sean Grandillo and even Barb herself, Shannon Purser, are standouts.”

The best advice I can give you at this point is to have a little patience with the show because once you get over the awkward bumps of the initial episodes, you will see warmth, stirring inspiration, and cathartic tears, all of which makes for a fine musical.

Rise Season 2 Release Date: When will it premiere?

‘Rise’ Season 1 premiered on March 13, 2018. On May 11, 2018, NBC decided to cancel the show after its first season. Although the series had started off to good viewership ratings, not many had the patience to get over the bump of the initial episodes, and by the end of the season, the show’s ratings fell, prompting the network to cancel it. If some other network picks up the show, we will update you about ‘Rise’ Season 2 release date.

Check out the trailer for Rise season 1 to refresh your memories of the show.