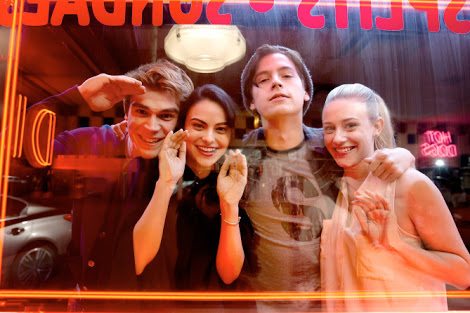 The Archie comic adaptation, ‘Riverdale’ became an instant hit when it came out. The first two seasons were subjects of critical praise and love from audiences around the world. The series, which was originally planned as a movie by Warner Bros, follows the adventures of Archibald Andrews, a high school football player, in his hometown of Riverdale as he discovers the diabolic in the darkness.

Soon after its premiere, ‘Riverdale’ quikcly became one of the right rated shows on tv. On IMDb, the show enjoys a good rating of 7.2/10. Meanwhile, on Rotten Tomatoes, ‘Riverdale’ enjoys an overall Tomatometer score of 86%, with the critics consensus about Season 3 reading, “Suspend your disbelief and hold on to your beanie: Season 3 of Riverdale is off the rails, and delightfully so.” Yet, that’s not all. ‘Riverdale’ also has many awards to its name, including multiple Saturn Awards, Teen Choice Awards, and People’s Choice Awards.

‘Riverdale’ Season 4 premiered on October 9, 2019. After airing for 9 episodes, the show went on a mid-season break — as it always does — on December 11, 2019. The good news is that fans won’t have to wait for long for the show to come back on the tv screens. ‘Riverdale’ Season 4 episode 10 will release on January 15, 2020. You can watch it on CW. Season 4, like Season 3, would consist of 22 episodes. If you are planning to binge the entire show in one go on Netflix, then you might have to wait till May, 2020 when the show ends.

The future of the show seems secure. During the announcement of season 4 renewal, The CW president Mark Pedowitz said, “The early renewal of these signature CW series gives us a head start on laying out the 2019-2020 season, and this is just the beginning. These shows provide a strong foundation for our multiplatform programming strategy, and we look forward to building on this with even more returning and new shows as we approach the May upfront.”

Riverdale Cast: Who is in it?

Season 4 sees Juan Riedinger join the cast as Dodger, who is an Archie’s nemesis.

Interestingly, while the cast has been generally praised, the stereotyping of Cheryl Blossom’s character has received flak from commentators. Many love the character and feel she is hard done by. Allegations of character-troping have been thrown about. Many are hoping the her character will receive better treatment in the fourth season.

Riverdale Plot: What is it about?

The first season, which had 13 episodes in total, was a huge success and certainly set the tone for the series. The neo-noir elements of the show, coupled with its taut storyline, gave the show a unique atmospheric feel which, to a large extent, explains why the show proved to be wildly popular. Another reason for the show’s popularity among the teen population was its ability to portray adolescence in a manner which captured both the highs and lows of being an adolescent.

The show essentially revolves around Archie and his friends, and over the seasons, has presented viewers with interesting mysteries that are at the same time odd, eerie, and enticing. Along with these elements, ‘Riverdale’ also has plenty of adolescent melodrama, and if you happen to be in that age group or want to reminisce about it, you are bound to get hooked.

In Season 3, we see that a mass seizure strikes the Riverdale vixen squad but spares Cheryl who can be seen asking Toni to move in. Hiram is planning to shut down Riverdale High and Veronica learns about this and the fact that drugs have been pouring in from the prison that Hiram is overseeing the construction of. We also see Jughead and Archie meeting up with Gladys and Jellybean, and learning about Hiram’s intention to take over the town. Subsequently, Archie takes it upon himself to put an end to Hiram’s sinister plans. Further drama unfolds when the RROTC is brought in to prevent Riverdale’s closing down but the town has already shut down when they arrive.

Here’s the trailer for Season 4 of ‘Riverdale’ to get you excited.