Riverdale S4 E11: Everything We Know 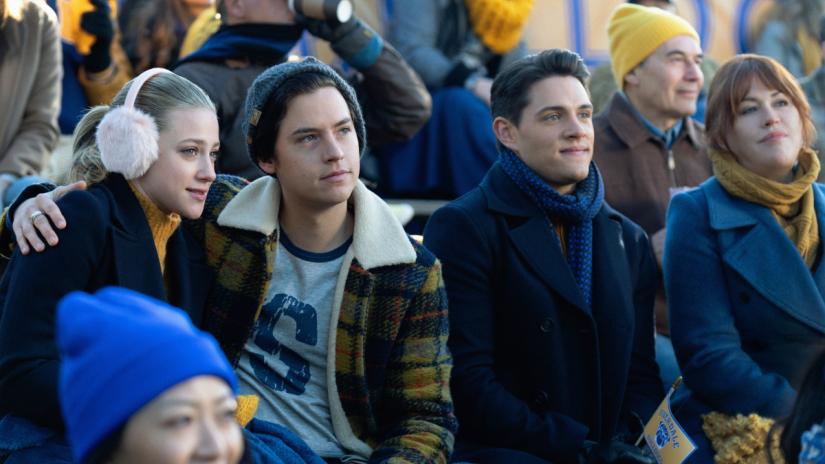 ‘Riverdale’ is a teenage drama show that chronicles the lives of high-school students, as they entangle themselves in unwanted mysteries while unraveling the secrets of their quaint town, Riverdale. With each passing day, they realize that the people in the town are not as idyllic as they seem.

Created by Roberto Aguirre-Sacasa, ‘Riverdale’ is a subversive and dark take on the popular comic book universe, Archie Comics.

‘Riverdale’ season 4 is turning out to be more twisted than we thought, and not in a good way. It has reached a point where the plot twists have stopped making sense. The show went on a mid-season break on December 11, 2019, after dropping episode 9, which was full of dynamic shifts and high intensity drama. Betty discovers that Evelyn has been hypnotizing Polly and Alice over the phone.

Archie brutally injures Dodger for shooting FP, who is recovering in a hospital. Archie’s uncle Frank makes an entry. Meanwhile, Veronica meets her Abuelieta to know the secret rum recipe but learns that Hiram has already patented it. Jughead signs the Baxter Brothers contract and enters the Quill & Skull Society, but his grandpa goes missing. Cheryl bids goodbye to Jason and punishes Penelope for her sins, locking her inside Dilton’s bunker. It closes on an epic cliff-hanger, wherein Betty allegedly kills Jughead with a rock. What?!

Yeah, we know the six weeks hiatus was way too much after the gasp inducing ending. Well, the shocking mid-season premiere i.e. Episode 10, released on January 22, 2020, and the makers clearly didn’t want the fans to heave a sigh of relief. More on that in the recap. In case you want to know what happens in the next episode, read on as we unveil to you the details of the upcoming episode – ‘Riverdale’ season 4 episode 11.

You can watch the ‘Riverdale’ season 4 episode 11 by tuning to CW at the above-mentioned time. You can also catch the show on CW’s official website and also on the CW app.

‘Riverdale’ is also available as a VOD service on YouTube TV. You can also purchase the episodes on Amazon Prime.

The upcoming episode has been titled ‘Chapter Sixty-Eight: Quiz Show.’

In the episode, we can expect to see Archie, putting his naive side on display again, by trusting Frank (guest star Ryan Robbins) with a job at Andrew’s Construction. Betty, on the other hand, makes taking down Brett, her sole purpose, as she prepares to defeat Stonewall Prep at the Quiz. Meanwhile, Veronica and Cheryl plan out the workings of their fresh business venture. And we might even get a glance at Kevin, who goes on a date with a new man but the rendezvous, soon takes a drastic turn.

The first episode of ‘Riverdale’ in 2020, doesn’t give us much relief to be honest. The episode focuses on the football game between arch rivals Riverdale High and Stonewall Prep. We learn that Stonewall Prep’s basic motive is to destroy everyone and everything that crosses their path. But we already know that. Well, Monroe gets mercilessly attacked by someone on the football field. Are you still doubting Brett’s involvement? Come on. Archie’s Uncle Frank, who is also a former football star, gives Monroe a pill to deal with the setback on the field.

As for Betty killing Jughead, all the fingers point to her but it doesn’t make sense. We’re ruling out the possibility of a doppelganger, or are the makers suggesting that Betty, somehow envies Jug’s success and takes him out of the way? Well, Brett’s vicious character is a perfect fit for the job. Guess, we will know in the upcoming episode. Meanwhile, Betty exercises her journalistic genes and prepares a story focusing on the rivalry between Stonewall Prep and Riverdale High and learns some heavy truths about Stonewall. But Betty makes her classic Betty move by not taking the report to the authorities or her journalist mother Alice, but challenging Stonewall for a quiz instead. Genius! Quizzes can solve everything. Wow.

We see Veronica donning her blonde wig again, this time, to seduce Bret Weston Wallis (Sean Depner) by disguising as Monica. As Hiram pulls the plug on Veronica’s rum business, she turns to Cheryl and they partner up to bless the town of Riverdale with a saporous maple-infused rum! Well, I don’t know about you but Veronica’s chances of winning have never been this better. Also, Cheryl logs head with new cheer-leading coach Miss Appleyard, who faces the consequences.

On the other hand, we see Archie and Frank (Fred’s younger brother) bond over Fred’s memories and Frank’s traumatizing past, in the army. Mary, who is not exactly happy with Frank’s return into their lives, reveals Frank’s dark past to her son, Archie. However, the best thing about the episode is that it somehow reignites the essence of the ‘Riverdale’ we have all come to love. It features no murder, no creepy doll, no serial killer in disguise, no family feuds, just basic high school drama in the lives of our Riverdale squad.