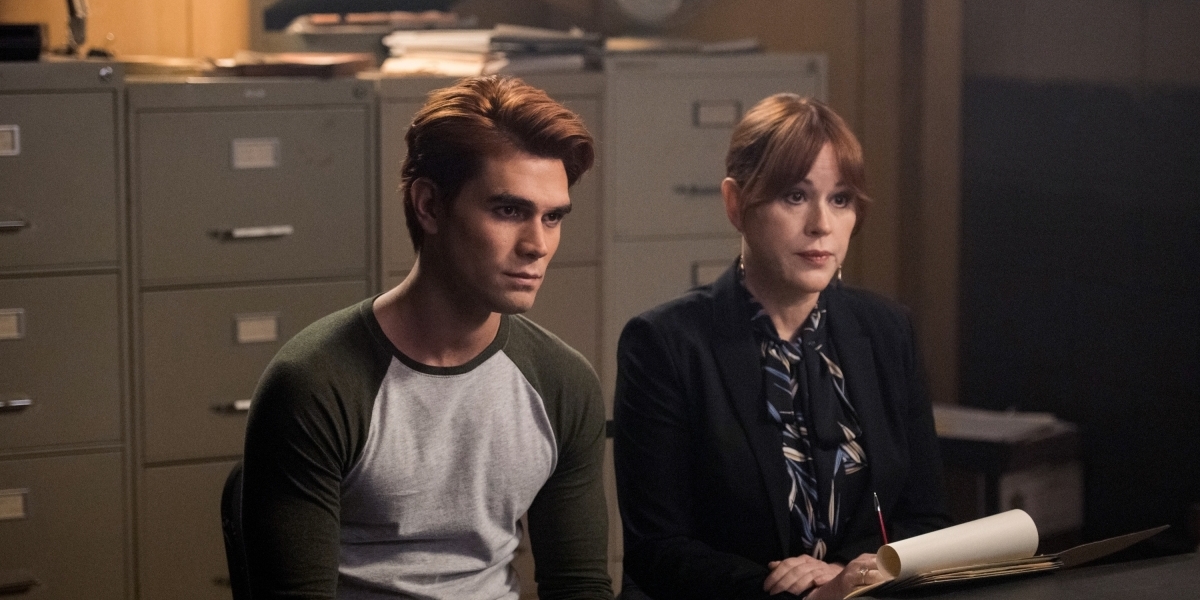 Touted as the blend of Archie comics and David Lynch’s legendary hit ‘Twin Peaks,’ ‘Riverdale’ is a teenage mystery drama that has been developed by Roberto Aguirre-Sacasa. Set in the fictional town of Riverdale, where everyone seems devoid of guile, Betty, Archie, Veronica, and Jughead, take it upon themselves to unravel the mysteries that lie beneath the surface of their ideal town.

Since the premiere of its fourth season, on October 9, 2019, the show has been building up the mystery around Jughead Jones’ alleged death. By using flash-forwards, the makers have managed to maintain the suspense by pointing all the fingers towards Jug’s close friends – Betty (girlfriend), Archie (best friend) and Veronica (um, just friend). But that’s not it. A student of Stonewall Prep, Donna, has been acting weird since Betty has started sniffing around for evidence to prove her innocence and unmask the people who are trying to frame her.

The latest episode, i.e. Episode 15, ended on a high note, leaving fans, gasping for air. Check out the recap for more. As you pick your jaw from the floor, we are certain you must be wondering: what is in store for our beloved characters? Well, here’s everything you need to know about ‘Riverdale’ season 4 episode 16.

You can watch ‘Riverdale’ season 4 episode 16 by tuning to CW at the above-mentioned time. You can also catch the show on CW’s official website and also on the CW app.

The upcoming episode has been titled ‘Chapter Seventy-Three: The Locked Room.’

Episode 16 is going to answer so many burning questions. We will see a hale and hearty Jug, back at Stonewall Prep, much to the dismay of Donna, Brett and Mr. DuPont. Donna, however, might try her best to convince Jug that she is on his side and is actually glad to see him back. Well, who is she fooling with that? No one’s forgetting the “It’s a perfect murder” line anytime soon.

Moreover, we might get to learn why and how Jughead and Betty managed to orchestrate the whole arc. By sharing a step by step account of the whole “Locked Room mystery” in a typical Agatha Christie fashion, Jug might also reveal the sinister side of Stonewall, while also giving out names of the noble souls who helped him in executing the plan. Whatever it is, next episode is going to be a wild ride. Buckle up!

The episode is titled ‘Chapter Seventy-Two: To Die For.’

Throughout the episode, we see Donna trying her best to frame the Riverdale trio for everything that’s been going on. She even goes ahead and lies to FP, claiming that Betty, Archie and Ronnie are behind Jug’s murder and as a result, they’re thrown behind bars. While in prison, Alice arrives to meet her daughter, only to shove “I know you did it” on her face. I mean, what is going to make you have some faith in your daughter, Alice?

Meanwhile, Betty, Archie, Ronnie, FP, Alice, and the whole of Riverdale gather around to bid adieu to their beloved Jug but are interrupted by Donna and Bret, who demand to lift the lid of the coffin to make sure Jug is “dead” dead. Which doesn’t happen by the way. Thank you, Archie and Sweet Pea.

And in a weird moment, Betty and Archie kiss, again, which is of course captured by Cheryl causing Ronnie to humiliate the two in front of the college. But you don’t believe it, do you? Good. If Jughead Jones tells you “I have a plan, but it’s a little risky. Do you trust me?” would you trust him? I would. And so did Betty. Let’s start with the highlight of the episode. Forsythe Pendleton III AKA Jughead FP Jones is alive and well. But you knew it already, didn’t you? Well… I got to admit that the whole Betty going dark and hurting Jug was a little crazy but come on, the makers wouldn’t just let him go like that. Turns out the whole “Hey guys, I am dead” thing is a part of an elaborate plan, Jug and Betty have been weaving to take down the villains of Stonewall Prep. Surprise!