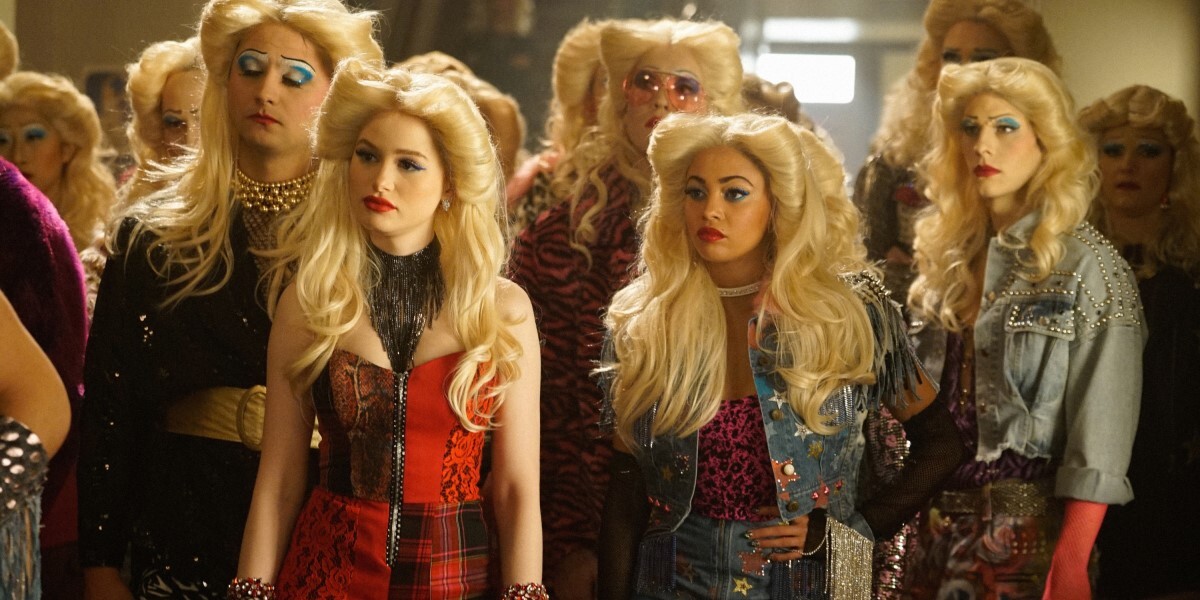 ‘Riverdale’ Season 4 has been an emotional roller-coaster for the core four and also for the fans, who are tired of seeing their favorite characters go through hell and back to save themselves and their quaint little town from multiple dangers. In the latest Kevin-centric (Yes, finally!) episode, fans are blessed with loads of drama, dance, music, and of course, wigs! Kevin and the entire Riverdale High perform multiple numbers from ‘Hedwig and the Angry Inch,’ and we see Kevin regaining his mojo after the farm messed him up. Also, The Archies make a debut on the show and give an electrifying roof-top performance at Pop’s Diner.

Bughead and Varchie engage in a baseless fight over an assignment and Hiram’s health. Meanwhile, Jughead gets home to another VHS footage featuring a masked recreation of Jughead’s fake death at the hands of Betty. Also, after that surprise Barchie kiss, it seems like things are going to go downhill for the two couples. Check out the recap for more. To know about the release date and other details of the upcoming episode – ‘Riverdale’ season 4 episode 18, keep reading.

Unfortunately, fans will have to wait for two weeks for the next episode of their favorite show. Instead of next week, ‘Riverdale’ season 4 episode 18 will release on April 29, 2020, at 8 pm ET on CW.

The upcoming episode has been titled ‘Lynchian.’

“Oh, for heaven’s sake!” This is precisely what many fans might exclaim after watching episode 18. Well, not Barchie fans, obviously. After all, they have been eagerly awaiting this since the first season. It’s really happening, and I can’t wait to see how the whole betrayal will unfold. First, Betty and Archie kiss to fool the Preppies, then they kiss for real. In the next episode, the two will be lying next to each other, holding hands, in a perfectly romantic candlelight background, in what appears to be Dilton’s shady bunker. Barchie is upon us, guys.

The title ‘Lynchian,’ is actually an homage to the great David Lynch, but why use it here? Well, it might be hinting at the events to come and the impact it might have on the townsfolk. The upcoming episode might juxtapose the fallout of the core four with the mystery VHS tapes, suggesting the return of chaos in the town of Riverdale. We can expect Archie and Betty to take the next step in their secret romantic rendezvous. Looking at how their forbidden relationship is accelerating, we don’t think they might confess their guilt to Veronica and Jughead anytime soon. Also, it is getting pretty evident that Chic and Charles might be the ones behind the creepy tapes. So brace yourselves, Varchie and Bughead fans, it’s not going to be a smooth ride.