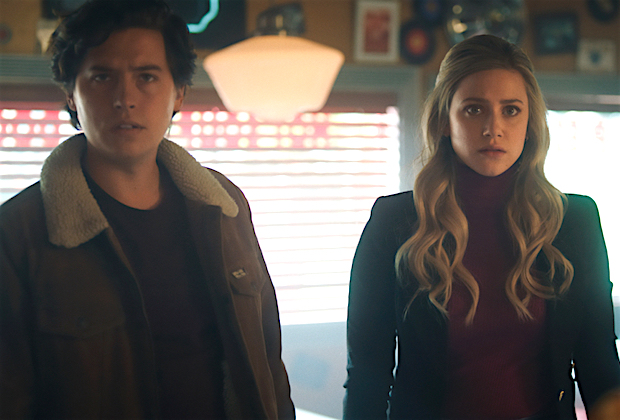 In the latest episode of ‘Riverdale,’ Betty and Jughead are on the lookout for the nefarious killer who is suspected of having taken Polly. However, the next target turns out to be someone they know, and through DNA collected from the mutilated body, they get an idea of the potential predator, who might be loitering around in the woods looking for the next kill! If you want to recollect the important events of the latest episode, go to the recap. If ‘Riverdale’ season 5 episode 18 has piqued your interest, you will find the release date and spoilers here!

‘Riverdale’ season 5 episode 18 will premiere on September 29, 2021, at 8 pm ET on The CW. The fifth season is set to end its 19 episodes long run on October 6, 2021. New hour-long installments air on the network on a weekly basis every Wednesday.

You can watch ‘Riverdale’ season 5 episode 18 on The CW at the aforementioned date and time. You can also stream it on The CW’s official website and The CW app. Cord-cutters can live stream the new episode on services such as Fubo TV, Spectrum on Demand, YouTube TV, and DirecTV. Moreover, you can choose to buy the episode on Amazon Prime Video, Google Play, iTunes, Vudu, and Microsoft Store.

In addition, the viewers outside the US can watch the seventeenth episode on Netflix a day after it airs on The CW. However, the entire season will land on the service for US-based users in the near future after season 5 concludes its run on the network.

In the eighteenth episode titled ‘Chapter Ninety-Four: Next to Normal,’ the Coopers are about to experience the most debilitating phase of their lives. Polly’s death will hit Alice the hardest, and so her heart would be off on some fantasy land where the Coopers are happily reunited. Her mother, on the other hand, will spiral into a deep dark pit as Betty tries to keep her family tied to the tragic horizon of reality. Meanwhile, Tabitha will attend a family dinner where Jughead is her plus one! Lastly, the upcoming week will especially be special for Veronica and Archie, who might begin to contemplate their future together. Here is a promo for the next episode!

In the seventeenth episode, titled ‘Chapter Ninety-Three: Dance of Death,’ Betty and Tabitha contemplate the significance of the news that it has been ten days since the last murder occurred. Veronica and Chad’s divorce is finally pulling through, but she has a terrible longing for Archie, who is still at the mines.

Hiram provides Chad with a ghost gun to get rid of Archie, who manages to find cover as the shots are fired. Soon enough, there is a report about another dead body which could be Betty’s sister. Over a speech on national television, her mother begs the killer to reveal himself. Betty and Jughead meet one of his friends who could help them discern the killer’s MO. The latest victim then turns out to be Tabitha’s friend Squeaky. Based on DNA gathered from the body, they suspect that the Blossoms may be involved in the murders.

Chad sneaks into Veronica’s house only to get shot by his ex-wife, and Archie makes it out of the mines alive. The Blossoms reside in the heart of the woods, so Betty and Jughead take the initiative to find the potential killers who now have taken Britta. They fight a hoard of moth men, and Jughead finds a man who takes them to Betty’s sister. To their horror, Polly is lying dead in the trunk of a car.