Riverdale Season 5 Episode 7: What to Expect? 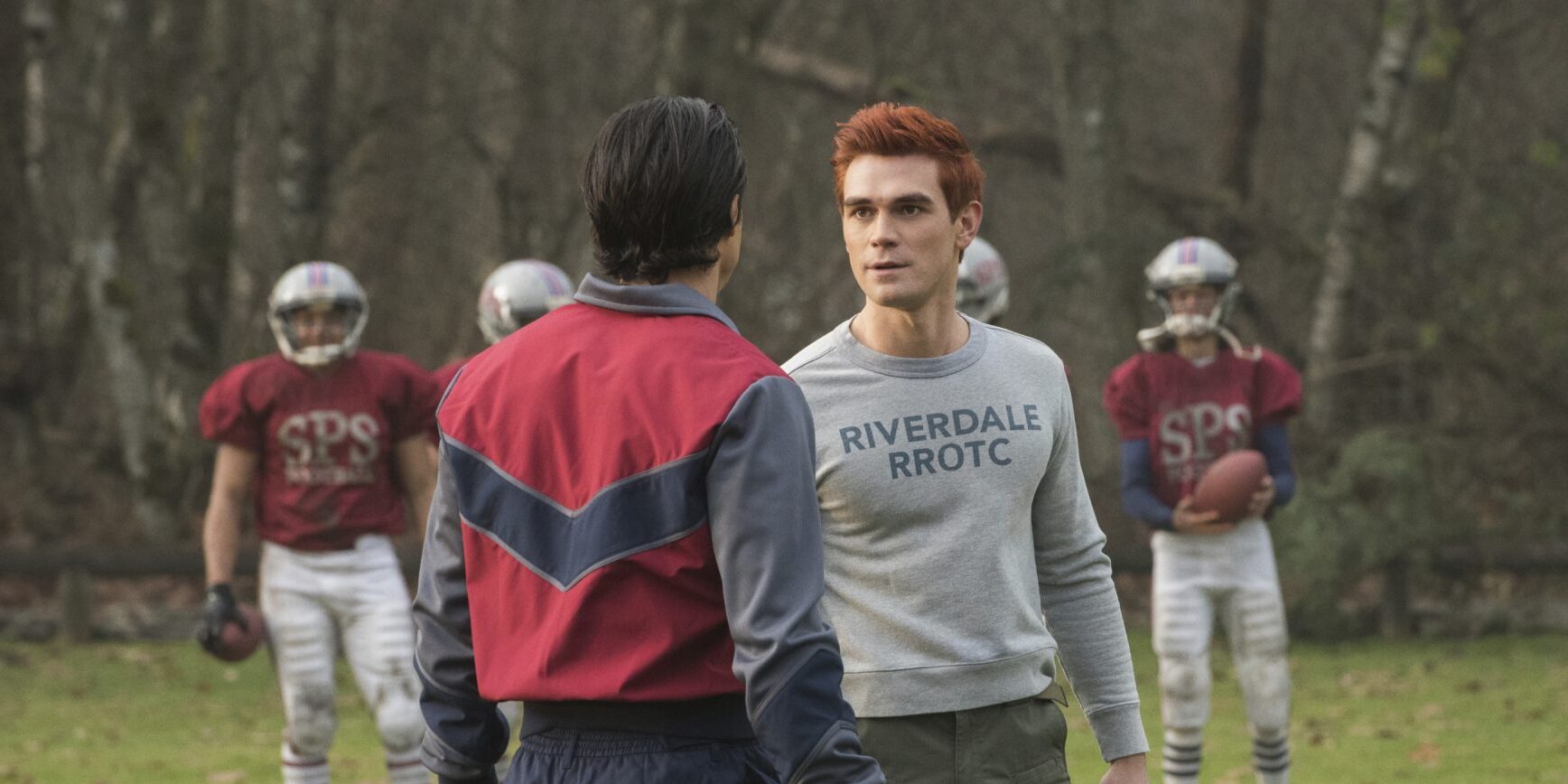 In the sixth episode of ‘Riverdale,’ the gang is back at Riverdale High as the new teachers. Polly has gone missing, which continues to be a huge concern for the Coopers. Betty and Archie are becoming quite an item. While Archie and his buddies are trying hard to bring about some order to all the chaos at Riverdale, Hiram is not going down without a fight. We will get back to explaining more of this in the recap section. First, let us take you through the details about the seventh episode!

Unfortunately, fans will have to wait for another week for the next episode of the mystery drama series. Instead of March 3, 2021, i.e., next week, ‘Riverdale’ season 5 episode 7 is scheduled to release on March 10, 2021, at 8 pm ET on The CW. The season comprises 19 episodes, with new episodes releasing on Wednesdays.

Where to Watch Riverdale Season 5 Episode 7?

The best option to watch ‘Riverdale’ season 5 episode 7 is by tuning into The CW at the aforementioned date and time. If you missed it on air, you can also watch the episode on the following day on The CW’s official website or The CW app.

For cord-cutters, there are several options. You can catch the latest episode on Fubo TV, DirecTV, and YouTube TV. The episode will be available on Netflix within 24 hours of its release only for subscribers outside of the USA. The USA users of the streaming platform will have to wait longer since the whole season will be available at once only after it finishes airing on The CW. You can also purchase individual episodes or the full season on iTunes and Amazon Prime Video.

Episode 7 of the fifth season of ‘Riverdale’ is titled ‘Chapter Eighty-Three: Fire in the Sky.’ In the upcoming episode, we will see Archie working hard to recruit volunteers for the town’s new Fire Department, just like his Grandpa Artie used to do. Toni will be seen trying to lure Cheryl out of Thornhill and back into what used to be her usual life. Naturally, the tension between the two will aggravate further. Check out the promo of episode 7!

The sixth episode of the season is titled ‘Chapter Eighty-Two: Back to School.’ While Archie is trying his best to piece Riverdale High back together, Hiram and his right-hand man Reggie make it extremely difficult for him. Archie reaches out to Cheryl for financial help to put together a football team, but she turns him away. When she learns that Toni is starting up the cheerleading squad and is leading the Vixens, her competitive streak shines through. It is safe to say that she probably won’t be able to stay away from the action for long.

Chad’s visit to Riverdale deepens the cracks in his relationship with Veronica, especially when he reveals that he has been working alongside her father, Hiram. Veronica loses her patience with him and thinks it’s best if they spend some time apart. Jughead is intrigued by a Riverdale lore that he comes across and possibly thinks it would make a good story for his book. It is about a mysterious “Mothman” and involves alien-like abductions. We can see that sparks are flying between him and Tabitha.

As for Betty, her romantic life is more than eventful, although dark times seem to be troubling her family, ever since Polly has gone missing. After following a lead, Betty, Kevin, and Alice search for Polly near a swamp off the highway, where a trucker had last seen her. They find Polly’s boots, wallet, and eventually, her cellphone, which leads them to a dead body, although it is not clear whether it is Polly or someone else.