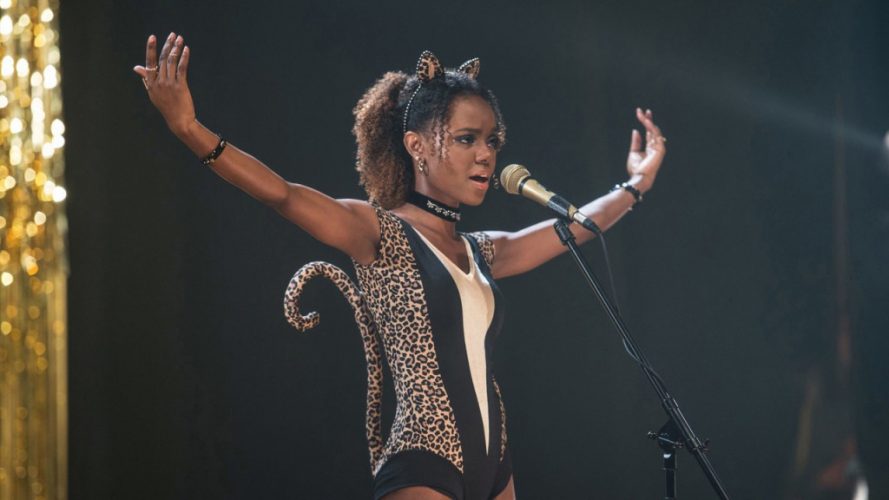 ‘Riverdale‘, the CW show based on the Archie comics, is quietly and fashionably expanding its universe and they are going about it by having officially started the production for their spin-off show, ‘Katy Keene’. Since this is the latest potential spin-off to the hit series, the official account of Archie Comics showed support to the idea and posted a picture of the cast as they got together for a script reading. This was also substantiated by ‘Riverdale’ showrunner, Roberto Aguirre-Sacasa’s own picture of a shooting location for ‘Katy Keene’. It also teased a potential meeting between Katy Keene, who will be played by Lucy Hale and Josie McCoy, who appears on the original ‘Riverdale’ show and is played by Ashleigh Murray.

When it comes to the premise of the spin-off, the ‘Katy Keene’ series is expected to revolve around and follow the lives of four iconic characters from the Archie Comics as we see them in New York City, chasing their twenty-something dreams. This, of course, includes the titular character and fashion-legend-to-be, Katy Keene. The musical dramedy is expected to chronicle the origins as well as struggles of four aspiring artists who try to make it on Broadway, on the runway and also in the recording studio. ‘Katy Keene’ the series will be set years after the events of ‘Riverdale’ which captures the high-school phase.

For those unaware, Katy Keene is a character from the Archie Comics whose first debut was in 1945. She was dubbed ‘America’s Queen of Pin-Ups and Fashions’. Katy is portrayed as a model, singer, and actress who has to juggle both her career and her personal life. Although the character was seen falling out of print in the early 1960s, those who follow the comics once again witnessed her being revived in the 1980s. The character of Katy Keene has only had a few appearances in the Archie Comics in the recent years and one of these included the 1994 story of ‘Archie Meets the Punisher’.

As far as the cast of Katy Keene is concerned, Jonny Beauchamp plays Jorge or Ginger Lopez, a character added to the Archie Comics in the 2000s with the intention of replacing Cheryl Blossom. Ginger is portrayed as an affluent New Yorker who is often a rival for Archie’s affections. Other cast members include Julia Chan who will be playing the role of Pepper Smith, and Lucien Laviscount and Camille Hyde as Alexander and Alexandra Cabot. Murray, as we earlier noted, is reprising her role as Josie from ‘Riverdale’ and will leave the main show if the spin-off gets approved of and made into a series by the channel. For now, we also know that the pilot episode will be written by Michael Grassi and Roberto Aguirre-Sacasa. This leads us to believe that content-wise, ‘Katy Keene’ is in good hands since Aguirre-Sacasa is not only the showrunner for ‘Riverdale’ and ‘Chilling Adventures of Sabrina’ but also serves as the Chief Creative Officer for the Archie Comics. The drama which hails from Warner Bros. TV has as its executive producers, Greg Berlanti, Sarah Schechter, and Jon Goldwater, the CEO of Archie.

Since ‘Katy Keene’ has not been approved of by The CW yet, the spin-off does not have a release date for now.