When Will ‘Rivers with Jeremy Paxman’ Return on Acorn TV? 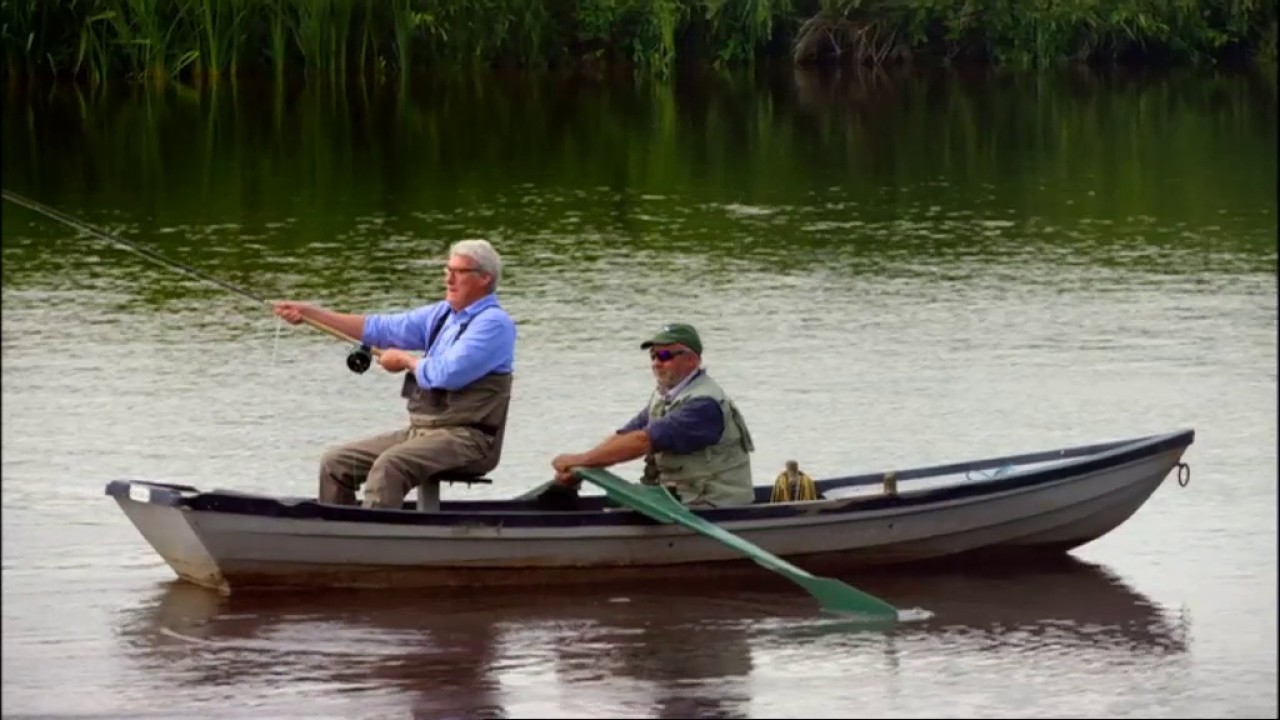 ‘Rivers with Jeremy Paxman’ is a British television documentary program that aired on Acorn TV and is produced by Tern TV. The show follows host and dedicated fisherman, Jeremy Paxman as he explores the four major rivers in Britain and understands their impact on people’s lives and culture.

The TV documentary program premiered on February 26, 2017, as a four-part series. Now the question is, will there be a ‘Rivers with Jeremy Paxman’ Season 2? We will soon get into that, but first, let’s quickly look into the details of the series.

Who is the Host of Rivers with Jeremy Paxman?

‘Rivers with Jeremy Paxman’ stars Jeremy Paxman as the host. Jeremy Paxman is a celebrated British journalist, broadcaster, author and television presenter. Paxman is most popularly known as the presenter of Newsnight, a current affairs program where he has the opportunity to interview some of the most influential people.

Paxman is also an author and published books titled, ‘A Higher Form of Killing’ (1982) and ‘Friends in High Places: Who Runs Britain’ (1991). He is also the Vice President of The London Library. Jeremy Paxman received the BAFTAs Richard Dimbleby Award for ‘outstanding presenter in the factual arena’ in 1996.

Paxman is passionate about fishing and much of the show ‘Rivers with Jeremy Paxman’ documents his passion.

What is Rivers with Jeremy Paxman About?

‘Rivers with Jeremy Paxman’ features Jeremy Paxman, as he pursues his passion for fishing and extends it towards exploring the four major rivers across Britain and their impact on people and culture. In human evolution and civilization, rivers have always played the most important role. Some of the earliest civilizations across the world flourished on the banks of rivers.

This happened because rivers offered humans with invaluable resources. Fertile river basins helped in agriculture. Man learned fishing, which was another crucial resource offered by the rivers for basic survival. Rivers have thus played a very important role in the growth of civilizations. ‘Rivers with Jeremy Paxman’ considers these facts and understands that the impact of rivers is much beyond what appears. Jeremy Paxman explores the culture and lifestyle of people who rely on the rivers.

The show features interviews of people who share their experiences and sometimes join Paxman on his journeys. Paxman ventures out in his Range Rover to find the source of each river. Season 1 of ‘Rivers with Jeremy Paxman’ covers the four major rivers in Britain which are, the Tweed, the Thames, the Mersey, and the Severn.

Each episode is dedicated to one river. The show is well documented and it almost seems like we join Paxman on his adventure as he sets out to discover the origin and mysteries behind the rivers. Paxman meets people and hears out their stories and tries to understand their culture and traditions. Some episodes also feature Paxman exploring the ecosystem and wildlife that is supported by the rivers. The show uses drones to showcase some of the most breathtaking footage of these natural beauties.

In the episode featuring the Tweed, Paxman explores Merlin’s Grave and investigates the famous border ballads. Paxman travels the Severn through England and Wales. This episode features Paxman as he meets the last of the mud horse fishermen of the Severn Sea. He also explores the country’s largest ship graveyard.

In the episode featuring the Mersey, Paxman tries to understand the river’s importance in allowing the growth of industry and how it copes with the growing pollution. In the final episode, Paxman meets the people who manage the Thames’ floods, maintain its bridges and control its locks. He also studies the modern-day sewage management system.

The series also highlights the waterways and the natural beauty of the locations with the help of drones. John Hay, Head of Specialist Factual said of the four-part series, “Jeremy has long inflicted his enthusiasm for fishing on those of us who know and work with him, so I’m delighted to see him turn it to such a positive effect at last. It’s a real pleasure to see him in his natural habitat, and his boyish curiosity about our rivers and the lives they shape make him a perfect companion for the journey.”

‘Rivers with Jeremy Paxman’ is a very interesting show that provides a lot of information about the four rivers in Britain and explores the life and culture around them.

Rivers with Jeremy Paxman Season 2 Release Date: When will it premiere?

‘Rivers with Jeremy Paxman’ Season 1 premiered on February 26, 2017, and ran until March 26, 2017, for four episodes covering the four rivers in Britain. There is no further news, as of now, about the renewal of the show. The show could go on to explore many other fascinating rivers across the world. We expect ‘Rivers with Jeremy Paxman’ Season 2 to release sometime in 2020. We will keep you posted as we find out.

Here’s a trailer of ‘Rivers with Jeremy Paxman’ that will give you an idea of the show.