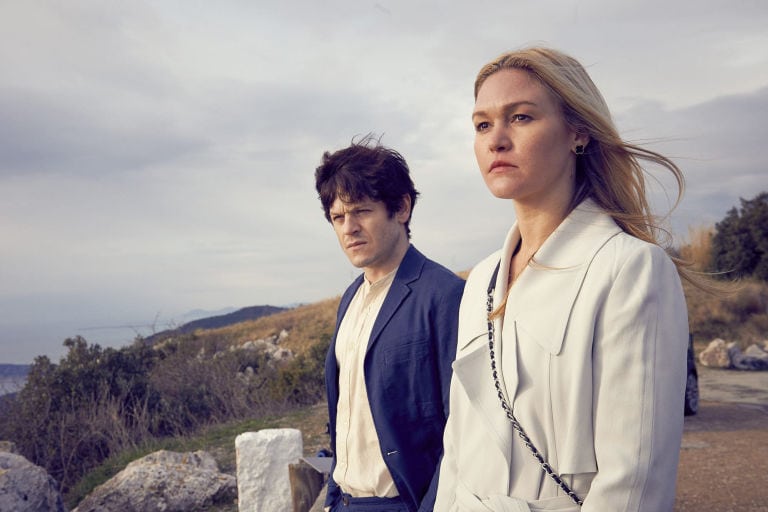 ‘Riviera’ is an Irish TV drama which airs on Sky Atlantic and first premiered on June 15, 2017. It has been created by Neil Jordan of ‘The Borgias‘ fame and co-written by Jordan and John Banville. The show is immensely popular and has become one of Sky’s most successful original series. Directed by Philipp Kadelbach, the show premiered across the pond, in the US on February 9, 2019 on Ovation.

The show is about a woman who finds that her family’s apparent lavish lifestyle has been funded by blood and takes it upon herself to protect her loved ones, and of course, her own self, from the possible consequences of her family’s actions. While fans have been drawn to the show due to the flashy lifestyles of the characters and the imminent wealth exuded, critics have not taken too kindly to it, stating that the series might be lavish, but severely lacks charm, humor, personality, and most importantly, a soul. They did not hesitate to call it out in some places as being vulgar, shallow, and boring. While this might have spelled doom for any other series, ‘Riviera’ still continues to draw crowds who are intrigued by how the wealthy behave, and how often they exude the worst in society.

Riviera Cast: Who is in it?

The main cast of ‘Riviera’ includes Julia Stiles who is seen as Georgina Marjorie Clios. She is an American art curator who wishes to expose the truth about her husband’s demise. Lena Olin plays the role of Irina Atman. She is Constantine Clios’ ex-wife. Iwan Rheon, who is best known for playing Ramsay Bolton on ‘Game of Thrones‘, is seen in the portraying Adam Clios. He is Constantine and Irina’s eldest son; he discards his family’s spendthrift standard of living and desires to be a writer instead.

Adrian Lester appears in the show as Robert Carver. He is Georgina’s old comrade and an art merchant who puts counterfeit and stolen artwork on the market. Anthony LaPaglia is seen on the show as Constantine Clios. He is Georgina’s billionaire humanitarian husband who dies in a yacht mishap. Phil Davis appears as Jukes. He is a British fine art con examiner who works as an employee in the Serious Financial Crime Agency of Interpol.

Dimitri Leonidas is seen as Christos Clios. He is Constantine and Irina’s second son who becomes the in charge of the Clios trading business and his entire empire after his father’s passing away. Roxane Duran also appears on the show, as Adriana Clios. She is Constantine and Irina’s distressed and troubled youngest child. Amr Waked plays Karim Delormes. He is an inspector in the Nice police force. Igal Naor is cast as Jakob Negrescu. He is Constantine’s ex-head of security who has associated with drugs, prostitution, and gambling. There are several other supporting characters who add a degree of richness to this lifestyle in the Riviera.

Some new faces also joined the show in season 2. Will Arnett of ‘Arrested Development‘ fame appears as Jeff, Georgina’s charismatic uncle. Stiles spoke about this new character saying he is “someone who sees through her armor. Will is perfectly cast as her mysterious and yet charming Uncle and I am excited to explore how far Georgina will go to protect her new life”.

Riviera Plot: What is it about?

‘Riviera’ takes place in the French Riviera; it follows the lives of Georgina Clios who is depicted as a midwestern art curator. Following the death of her billionaire husband, Constantine Clios in a yacht accident, her life becomes chaotic and takes a significant number of dramatic turns. Georgina gets wrapped up in a web of lies, infidelity, and crime, as she looks to expose the reality regarding her husband’s demise.

The first thing that will strike you while watching the show, are the stunning visuals, like the backdrop of the French Riviera. The dreamlike setting soon sees trouble entering paradise, and that is where the drama begins. However, viewers might feel that the show lacks something when it comes to the chasm between the idea and the execution.

Jordan, the creator, who has since then distanced himself from the series, shed some light on this matter, saying that the episodes were reworked despite strong opposition from him. Perhaps this is why there seems to be a lack of coherence and transition in the plot and dialogues of the series. He said, “They were changed, to my huge surprise and considerable upset. There were various sexual scenes introduced into the story and a lot of very expository dialogue. I objected in the strongest terms possible.” The problem with this is that the characters do not seem to have an emotional connection and a lot of interactions feel mechanical and stiff.

The Hollywood Reporter sums it perfectly, saying, “The trouble with Riviera begins after you stop fantasizing about wanting to visit there and be on a yacht while doing it. The visuals — helicopter shots galore — can’t offset that this series feels like an episode of some lost soap opera that was patched together in several different languages. Jordan’s story of having his work, uh, worked over, certainly hints at too many cooks in the kitchen, and that’s evident in all the weird tone shifts throughout.”

Riviera Season 3 Release Date: When will it premiere?

‘Riviera’ Season 2 premiered on May 23, 2019 in the UK. The good news for the fans is that Sky has already ordered another season, which will begin filming this fall. The network said, “We are so proud of this Sky original series. We set out to make the most glamorous show in the world and now we are taking that glamour to a host of new locations which will provide even more intrigue, danger, and beauty”. ‘Riviera’ Season 3 is likely to release sometime in May, 2020. However, do check back for an official update.

While we wait for the next season, you can check out this clip below to refresh your memories of the show.