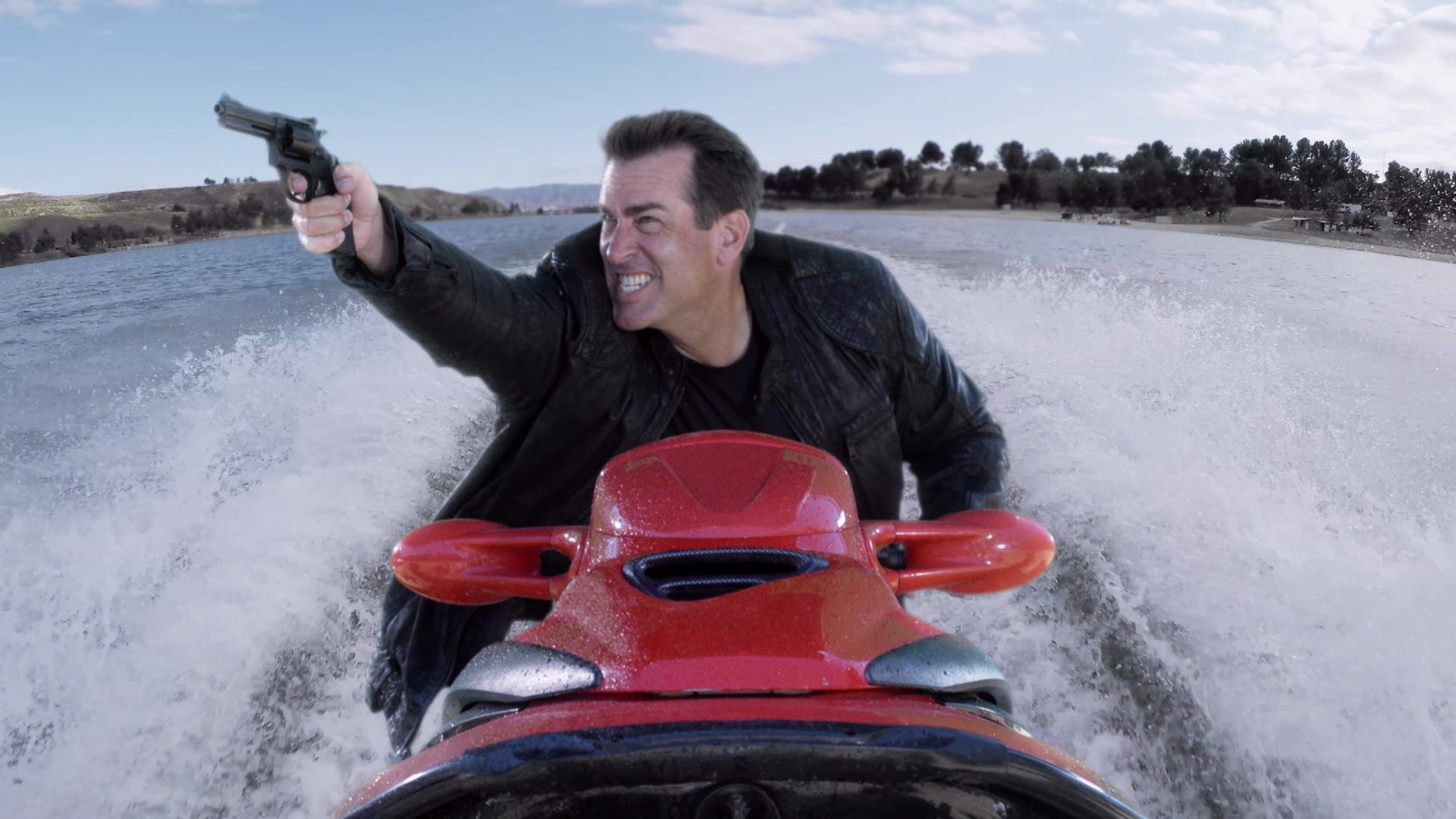 ‘Rob Riggle’s Ski Master Academy’ is an American comedy web series, that is created by Rob Riggle, Bennett Webber, and Chris Pizzi. It is about the titular character, who faces a mid-life crisis, and decides to buy a jet-ski school.

The show got its series order, consisting of eight episodes on March 29, 2018. Jonathan Stern, Keith Quinn, Bennett Webber, and Chris Pizzi are the executive producers of the show, alongside Rob Riggle. Sonar Entertainment and Abominable Pictures are credited as the production companies. The premiere of ‘Rob Riggle’s Ski Master Academy’ season 1 was announced on July 10, 2018.

Rob Riggle stars as himself in this insanely funny series. Apart from being the lead in the show, this half-hour comedy series is also written and executive produced by him. This is his second collaboration with Crackle. You probably know him from the movie ‘Midnight Sun’, with Bella Thorne and Patrick Schwarzenegger. He has also appeared in Universal’s comedy, ‘Night School’ with Kevin Hart and Tiffany Haddish, which released on September 28, 2018.

Rob Riggle’s Ski Master Academy Plot: What is it about?

‘Ski Master Academy’ is about Rob Riggle, who is well-known for his iconic ski master movies. He has spent all his earnings and reputation in an Academy that celebrates America’s most exact art form, which is personal watercraft riding. Rob and his superstar stuntman commandant Dirk Hamsteak, along with their whole team of instructors, spend an entire semester trying to protect their Academy at all costs. It doesn’t matter what the people say or what consequences they might have to face.

Along with Rob, we see Dermot Mulroney, who joins the faculty at the Ski Master Academy. After him, more people start to come in. Then there is Jim Bassman, a fisherman who is loved by all ever since he hosted a favorite fishing show known as ‘Bass 2 Bass’. However, when off-screen, the man is pure evil and a sell-out. Eventually, his true nature is exposed.

Things get more interesting when Karen the Mermaid is introduced. Yes, she is a beautiful mermaid who is lonely. She would like nothing more than to escape the lake and be in the ocean, far away from the Academy, which she despises. David Arquette is Rob’s close buddy. At one time when the Ski Master Academy is attacked, he doesn’t think twice to back his friends and jumps into the fray, no matter who stands in the way.

Jamie-Lynn Sigler is the true love of Rob.  After briefly dating her, he even goes on to say that he likes her more than he’s liked anyone for a long time. However, their relationship has to wait as protecting the Academy is the need of the hour.

The Phantom Rider, on the other hand, haunts the lake after she was killed in a tragic watercraft accident during her honeymoon. She holds certain faculty members at the Academy to be responsible for her death and vows not to let them rest until she has her vengeance.

‘Rob Riggle’s Ski Master Academy’ contains all the elements that define a classic summer camp show. There are feuds between rival camps, scrappy underdogs, training sessions for a major event, and those regular tales and horror stories by the campfire. We even meet a wise and odd groundskeeper and a camper who is seduced by an A.I., aiming to take over the world.

‘Ski Master Academy’ season 1 premiered on August 23, 2018, on Sony Crackle. All of the eight, 30-minute-long episodes were released on the platform on the same day. The show is obviously a creative win for Crackle and its brand, but here’s is the thing. It falls under a niche genre and hence, we cannot expect it to make to exceptional heights. In fact, it only performed moderately after its release.

Now, as far as a renewal is considered, we don’t have an official update yet. If everything goes well, one can expectSki Master Academy’ season 2 to release sometime in 2020, but for now, we have no other option but to just wait.

Below is the official trailer for season 1 of the show. If you have not watched it yet, head to Crackle and catch up on all its previous episodes.