Will There be a Robin Hood Sequel? 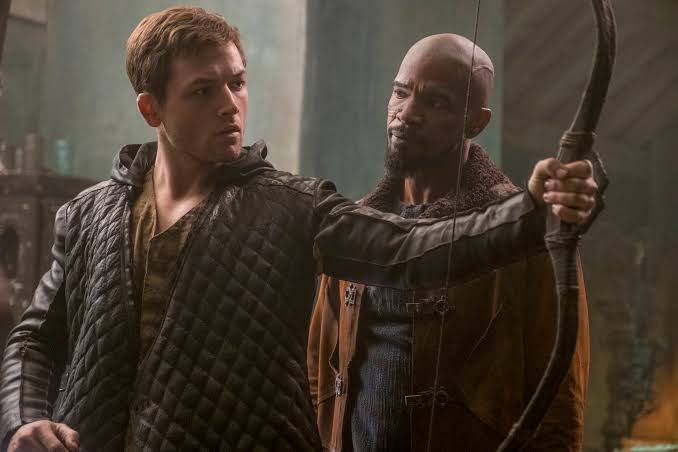 The story of Robin Hood is well-known. He is an outlaw who takes from the rich and gives to the poor, attempting to balance the scales of justice in society. There have been several takes on the popular Robin Hood story and the lore surrounding it. However, none have been as bold and new as the 2018 action-adventure movie, simply titled ‘Robin Hood’. The film comes from Otto Bathurst and is a quasi contemporary retelling of the Robin Hood legend, which follows how the titular character is trained by John, his second in command. We see how Robin learns to steal from the Sheriff of Nottingham.

However, upon release, ‘Robin Hood’ was met with severe criticism, saying that the film decided to waste its talented cast. The narrative and direction came under attack as well, but perhaps the biggest blow dealt to the project was the financial disappointment, wherein it brought in only $84 million against the production budget of $100 million.

Considering the director stated that a sequel would be considered based on the critical and commercial success of the film, a ‘Robin Hood’ sequel seems to be a long shot. However, in the eventuality of a sequel being made, the movie has a chance to redeem itself and prove a point to the critics who bashed the first film. Here is all that we know about ‘Robin Hood 2’.

Robin Hood 2 Plot: What Can It Be About?

Bathurst has made it clear that ‘Robin Hood’ has been an origin story. We have seen how the legend came to be born, but it is only in the final moments of the movie that our hero steps into the boots of Robin Hood properly. Therefore, according to the director, if there is a sequel, it would explore the adventures of Robin Hood after he starts being an outlaw. That being said, Bathurst does not just want to capture what has been shown before, so don’t expect a movie on Robin and his merry men in Sherwood Forest, looting and helping the poor. Instead, the director wants to set it up differently.

He wants to show the Sheriff of Nottingham and how he deals with coming to power. The parallel is clearly drawn to the present day, where politicians come from nowhere and grab power. The sequel will explore how the sheriff gradually becomes corrupted, using his power for evil rather than good. Another aspect that the director is bent on exploring in a sequel is the relationship between Robin and Marian. He wants to look at Robin attempting to live up to Marian’s expectations from him. The basic idea is to eschew what has been done before, in order to explore unexamined parts of the Robin Hood lore.

That being said, there are some other plots that could be covered in the upcoming sequel as well. We could see a deadlier rivalry between Robin Hood and the new sheriff, who arrives towards the end of the movie. Although the law enforcement official is bent on ridding Nottingham of the rebels, Robin sends an arrow through his outlaw poster, sparking another enmity perhaps. Thus, the story that could be explored, is Will’s. In Robin Hood lore, he is part of Robin’s inner circle, but in the movie, he is a scheming politician who desires Marian. Due to his slyness coming back to haunt him, Will is bent on destroying Robin and Marian as the new sheriff, which is what the sequel could depict.

Lastly, Robin Hood is incomplete without his Merry Men. The first film saw how Robin’s actions inspired a lot of young men to rebel. It is evident that these men have turned to Robin since they are in awe of his skills and leadership. Thus, it would not be a stretch to imagine that Robin will now be leading a legion, rather than just a small group. It would be fascinating to see a movie that explores the rise of this group, from a small disorganized band to an efficient unit, under Robin’s leadership. As it is evident, the first ‘Robin Hood’ movie has smartly set up several plot points that can be explored in the event of a sequel.

In the event of a sequel, all these characters would definitely return, as would a few more, who form the inner circle of the Merry Men. Thus, we expect all these actors to be reprising their roles. Although they do not have deals to make the sequel yet, there is no reason for them not to be joining on. However, this cannot be said for Taron, who has expressed his desire to stay away from franchises, being already attached to ‘Kingsman‘, which makes him feel obligated. That being said, if the filmmakers are willing to take him on for just the one project, without striking a deal tying him to future installments of ‘Robin Hood’, Egerton could be willing to reprise his role.

Robin Hood 2 Crew: Who Can Be Behind It?

In the event that ‘Robin Hood 2’ is made, Otto Bathurst is definitely interested in returning to the director’s chair. He has already expressed excitement saying that the first movie tries to pack in a lot, like a love story, an important friendship, while also dealing with religion and corruption. He wants to be on board depending on the direction the sequel takes.

That being said, ‘Robin Hood’ met with some pretty severe criticisms, so the crew might go through some changes to ensure that the sequel is better made, and more widely accepted by critics and viewers.

Robin Hood 2 Release Date: When Can It Premiere?

‘Robin Hood’ was announced in 2015 and released in 2018. Naturally, a sequel would not take as long since the cast is mostly already in place. However, the filmmakers would want to approach a sequel more cautiously, considering the first movie tanked. Having lost money, they will be looking to come up with a better story in order to make up for the losses, and probably turn the fortune of the ‘Robin Hood’ movies around. Therefore, we should not expect a new movie before 2022 or 2023 at the earliest, if the sequel is greenlit in the first place.

‘Robin Hood 2’ does not have a trailer yet, but you can check out the trailer for the first movie to get an idea of what the director might try to do in the sequel.