Rock of Ages 3 Make & Break: Everything We Know 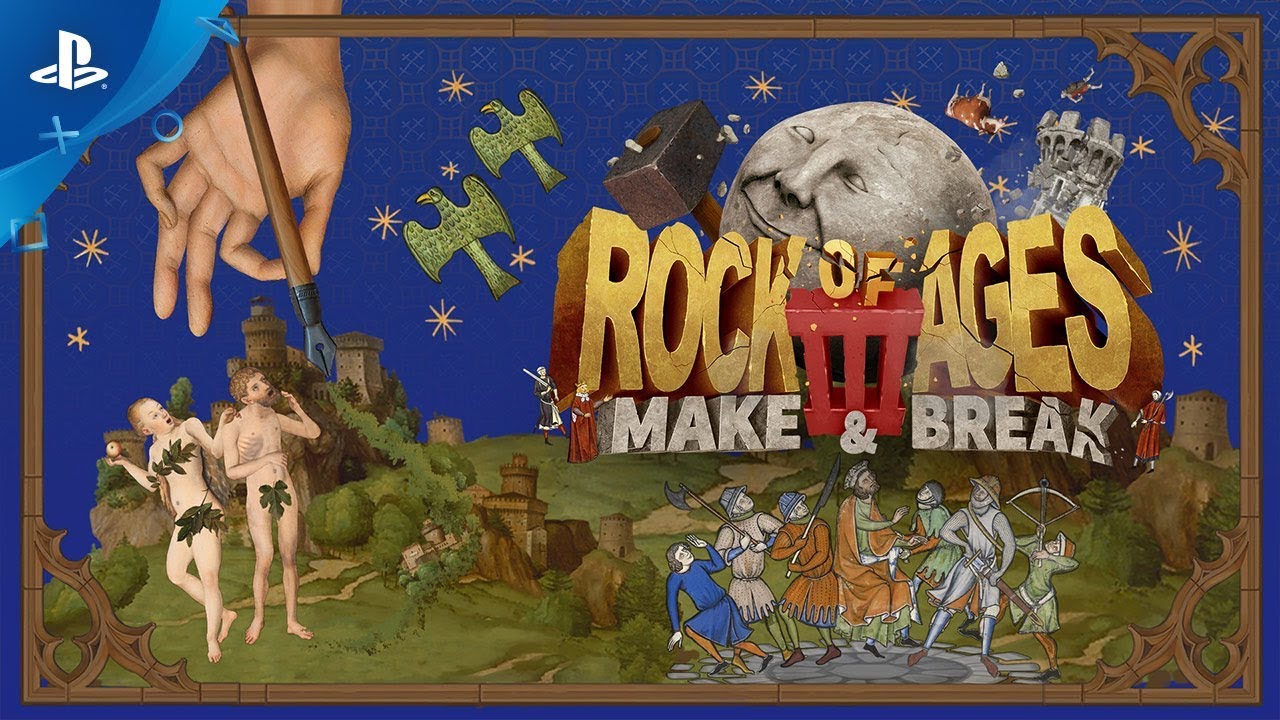 If you happen to be a fan of surreal humor, whimsical interpretations of classical art styles and trampling over terror-stricken humans and environmental obstacles with a giant round boulder, the Rock of Ages franchise might just be the perfect match for you.

The original ‘Rock of Ages’ was a unique genre bending experience with an irreverent plot line drawing from real historical figures and a charming animation style reminiscent of the TV series ‘South Park’. The core objective of the game was knock out your enemies by rolling giant boulders in their general direction and trying your best to dodge the opponent’s riposte.

Despite initially flying under the radar, the game was a bona fide success, garnering significant critical acclaim and even winning the “Most Original Game” award at the 2011 Inside Gaming Awards event. A sequel titled ‘Rock of Ages 2: Bigger & Boulder’ came out 6 years later in 2017, and featured an all new story campaign, (up to) 4 player multiplayer, new maps and all new units and boulders.

Rock of Ages 3 Plot: What is it About?

Just like its predecessors, ‘Rock of Ages 3: Make & Break’ features a time hopping main story campaign that involves a copious amount of boulder flinging. The webpage for the game describes it as follows: “Jump into the expansive, gut-busting story for an eclectic adventure featuring bizarre and irreverent takes on legendary characters, or for the first time, create and share your own levels to compete with friends and strangers online in a real-time mix of hectic tower defense and epic boulder-racing arcade action.”

Despite initial impressions, the title of the game is fairly self-explanatory. The storyline itself is a tongue in cheek satirical recreation of real historical battles with plenty of real historical figures, along with a few not so historical characters as well. However, one key difference here is that all battles are fought almost exclusively by both sides chucking giant spherical rocks at each other. The world and levels in ‘Rock of Ages 3: Make & Break’ are heavily inspired by a motley of classical art styles from history including the Egyptians, Late Gothic and Early Renaissance era, the Surrealist movement and more. The unique art aesthetic combined with the enthralling cutout animation style makes for an extremely pleasing overall presentation.

The game adopts a rather flippant tone with absurd Monty Pythonesque humor and a single player campaign that features the likes of Roman Emperor Julius Caesar, Aztec leader Moctezuma, half goat half demon monster Krampus and even the Flying Spaghetti Monster. As you can likely tell, historical accuracy is not the game’s main priority.

‘Rock of Ages 3: Make & Break’ is a competitive tower defense racing game presented from a third person view. There are two main components to the game – the tower defense mechanic and the rolling ball mechanic. Two enemies face off against each other in an open battlefield with the sole objective sieging the enemy castle. To do this you must repeatedly slam heavy-duty boulders on the castle gate until it shatters, at which point you are declared victorious.

You can control the trajectory of the boulder, and deft maneuvering is required to dodge the various soldiers, traps, barriers and ditches put up by the enemy to thwart your attack. Consequently, you must place your own soldier units, traps and obstacles in order to slow down the enemy boulder when it is your turn to defend. This time around, ‘Rock of Ages 3: Make & Break’ features brand new defensive units and exclusive boulders with special traits.

Another new addition to the franchise is the all new Level Editor, which is also the inspiration behind the newest game’s title name. The Level Editor will allow players to design and create their own levels for the game and share them with others in the community. This could be a real game changer, as it allows for potentially unlimited replayability. We have already seen how games can benefit greatly from user-generated content, with Bethesda’s ‘The Elder Scrolls V: Skyrim’ being a prime example.

All in all, ‘Rock of Ages 3: Make & Break’ will feature 6 distinct game modes including a Skee – Ball mode involving rock racing, a Humpty Dumpty fragile mode, head to head split screen multiplayer and even 2 vs 2 online death-matches. The boulder selection has been expanded to 20, with uniquely weird options like a fist shaped rock and a giant wheel of cheese.

Rock of Ages 3 Developers: Who Are The People Behind It?

‘Rock of Ages 3: Make & Break’ is being developed by Santiago based Chilean video game developer ACE Team and published by Modus Games. ACE Team is best known for games like ‘Rock of Ages 2: Bigger & Boulder’, and currently have two more games under development – ‘SolSeraph’ and ‘The Eternal Cylinder’ set to launch in 2019 and 2020 respectively

Rock of Ages 3 Release Date: When And Where Can I Play It?

‘Rock of Ages 3: Make & Break’ is set to launch sometime in early 2020 for numerous platforms including PC, PlayStation 4, Xbox One and the Nintendo Switch.

You can check out the absurdly jocular trailer for ‘Rock of Ages 3: Make & Break’ right here: