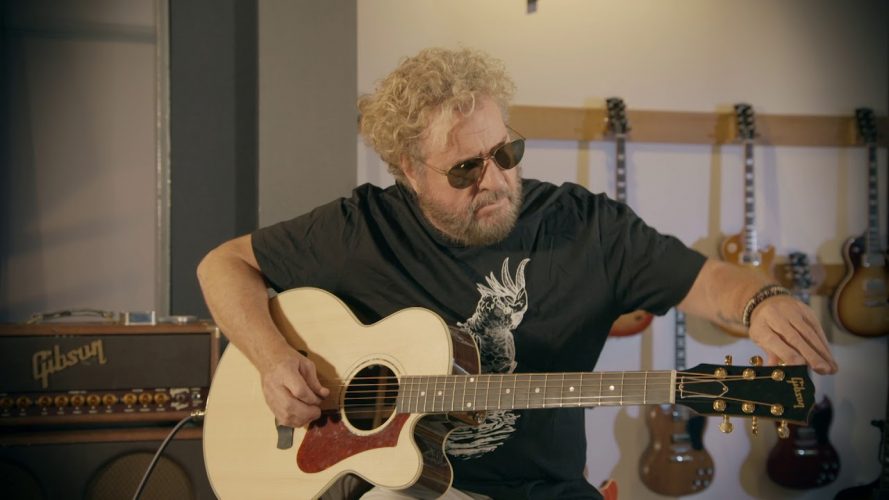 Rock & Roll Road Trip with Sammy Hagar Season 4 Plot: What is it about?

The show features Sammy Hagar who travels around the country. Sammy Hagar performs with and interviews some of the most influential rock stars of the past 40 years. The show features some of the music’s biggest names as Sammy Hagar jam with them. It also features Hagar’s personal life experiences as he keeps touring with his band called “The Circle”. In the previous season, Sammy visits Fillmore in San Francisco for his yearly Acoustic-4-A-Cure concert. Sammy meets Taylor Hawkins and Dave Grohl of Foo Fighters, and then he joins the stage with Vic Johnson.

Sammy Hagar travels and visits the country to meet up with many of his rocker friends for a jam session and a chat. The third season of the show involved five new guest stars including Nickelback, Foreigner, Rob Halford of Judas Priest, Dave Grohl of Foo Fighters and Roger Daltrey of the Who. The friends and guests stars featured in the show converse about their experiences of the psychedelic 60s, their roles and discuss various types of musical influences.

The road trip goes on as Sammy visits the site of groundbreaking L.A. Metal Scene with the rock power couple of Neil Giraldo and Pat Benatar, an acoustic session with the singer-songwriter and a Grammy winner Sarah MacLachlan, supergroup Kings of Chaos featuring Billy Duffy and Matt Sorum. Then, Sammy sails the highs of seas with his mate rock superstars Blue Oyster Cult, Todd Rundgren and Bad Company on the Rock Legends Cruise. He celebrates Mardi gras with celebrity chef Emeril Lagasse in New Orleans and also visits the New Orleans Jazz Fest Legend named Trombone Shorty. The viewers of the show get to spend and look into the life of Sammy for 24 hours as he hits the road with his band – The Circle to perform live in different cities all across the country. The show has candid interviews, experiences and a peek into the personal life of Sammy. More of it can be expected in the next season.

The air date of Rock & Roll Road Trip with Sammy Hagar has not yet been announced by AXS TV so we don’t have an official update for the upcoming season yet. The last episode of the previous season aired on 24th June 2018. Stay tuned to find out more about season 4.

The official trailer has not yet come out for season four of the show. However, here is a little preview from season three. Have a look and decide if you would want to watch the upcoming season.