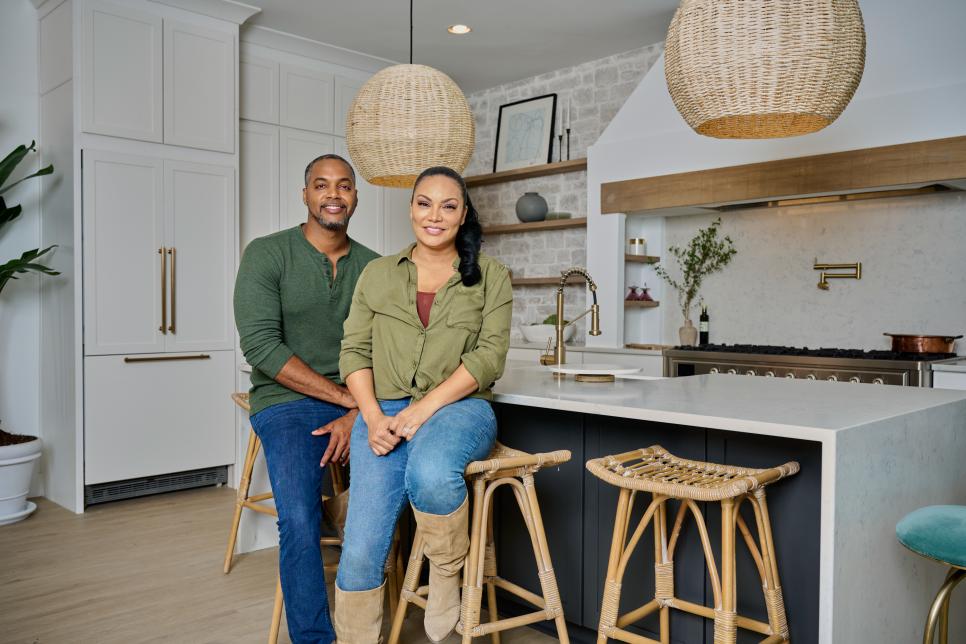 ‘Rock the Block‘ is perhaps the most ambitious house renovation show on HGTV. While the channel is famous for the variety of renovation shows that it hosts, ‘Rock the Block’ takes it a step further and pits well-known house renovators against one another. They have to transform similar-looking houses within the provided budget in the same time frame as others. At the end of each season, a panel of experts appraises the houses, and the renovator whose house is valued the highest is declared the winner.

A street is then named after the victor of the season, who are also given bragging rights. Since its original premiere on October 21, 2019, the show has garnered a considerable fan following as each season brings a new element for the audience to enjoy. Given the recent conclusion of the third installment of the series, fans are eager for news regarding a potential season 4. Here is all we know about the same!

‘Rock the Block’ season 3 premiered on February 28, 2022, on HGTV and concluded its run on April 4, 2022. The season consists of six episodes, each with a runtime of about an hour.

As far as season 4 is concerned, here is what we know. The show has not yet been renewed for a fourth round. However, it has garnered a loyal fan following with viewers eager to see the masters of the renovation craft at work. The radically different end results of all the maxed-out houses that look the same at the start of a season convey the unique vision of the participants. Moreover, the show provides a practical lesson to its audience regarding the importance of renovation and how it can add to the market value of their own houses.

Given the show’s immense popularity due to the involvement of well-known house renovators and satisfyingly beautiful end results, the series is quite likely to make a comeback. If the show is given the go-ahead soon, we can expect ‘Rock the Block’ season 4 to release sometime in Q1 2023 or later.

Seasons 2 and 3 of ‘Rock the Block’ were hosted by Ty Pennington, a well-known face in the design and renovation community on television. The host has been continuously impressed by the work of renovators in the HGTV show and has praised them both on and off the screen for their ingenuity and skills. He is someone who will be more than welcome in the potential season 4 of the show.

The series also features special guests and experts who drop by to offer their suggestions and critiques throughout the season. Their appearance in the prospective fourth season will, of course, be cherished along with the latest winners of the show, Mike Jackson and Egypt Sherrod. Other participants in the third installment of the show included the pairs of Leslie Davis and Lyndsay Lamb, Dave and Jenny Marrs, and Keith Bynum and Evan Thomas.

If the show is greenlit, season 4 is sure to have an amazing array of well-known house renovators who have already proven their mettle on other HGTV productions. Some participants from already released installments might also make a comeback for another chance to get a street named after them. Old faces or new, the fans are looking forward to some more amazing house transformations at the hands of these artists.

What Can Rock the Block Season 4 be About?

‘Rock the Block’ is a dream come true for home renovation enthusiasts. The show features highly-skilled house renovators who are given a bare house with a similar layout and design. The challenge for these seasoned contestants is to create a dream house within a specified budget and timeframe. Each week, renovators work in a particular part of a house, but it is the end result that matters the most. The expert panel declares a winner based on the assessed market value of the finished houses. After that, these houses are opened for the general public to see and buy should they want to.

Each season adds a unique twist to the competition. Season 3 featured pairs working as a team for a chance at the ultimate prize. In the case of the show’s renewal for a fourth edition, the dynamics among the contestants and their creative ideas are surely something to look forward to. Moreover, the series highlights a different pocket of the USA each season. While the third installment was set in Set in Charleston, South Carolina, the potential season 4 might take the competition to a whole new location.

Read More: Where Is Rock the Block Filmed?