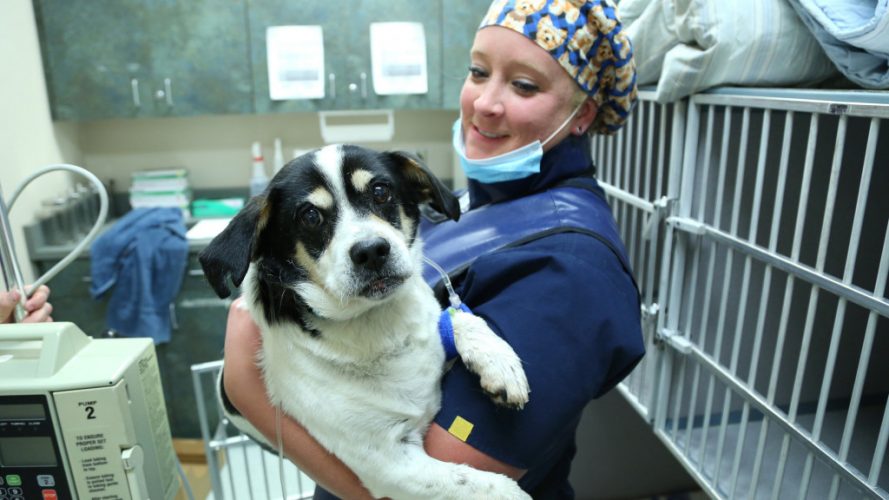 Animal rescue, rehab, and relocation – these are the three terms on which ‘Rocky Mountain Animal Rescue’ is based on. The show is a reality documentary series that first premiered on March 3, 2018, on National Geography. The Humane Society of the Pikes Peak Region is one of the biggest NGOs there, that provides shelter and medical care to the rescued animals. The officers, on the other hand, rescue animals of all sizes by giving their one hundred percent effort and heart.

The Rocky Mountains is a vast mountain range in western North America. The Southern Rocky Mountains range is called the Front Range. And, the highest summit of the southern Front Range is known as Pikes Peak, named after the famous explorer, Zebulon Pikes.

As one of the highest summits in the east of the United States, the risks to the lives of the innocent animals there are even higher. When you are a human, you can still communicate and ask for help. But, that is not the case with animals. They can neither speak nor express their pain. ‘Rocky Mountain Animal Rescue’ is one such amazing show that focuses on rescuing these poor animals who need immediate care and help.

The show is relatively recent and has had a good start. Naturally, fans are wondering whether there will be a ‘Rocky Mountain Animal Rescue’ Season 2. We delve into that right after sharing details of the show.

The main cast of the show includes names like Avery Borden, Katie Waters, Ryan McFadden, and Joe Stafford. Apart from this, the entire team of Humane Society of the Pikes Peak Region, and many courageous officers star in the show.

Rocky Mountain Animal Rescue Plot: What is it about?

The show starts with a duck being rescued from the Pikes Peak region. A dog, who is in need of immediate attention is taken into surgery to cure his tumors. However, the vets are worried it might too late for the treatment. A rescued cat is too feral for a shelter home. A decision is made whether the cat is in need of wilderness or pet love.

Things take a difficult turn when the neuter clinic loses power during the ongoing operation. A peacock that has gone stray, threatens a farmer’s cop. The officers try to capture the peacock and turn it in, to the NGO but, the peacock decides not to go down easily.

The episode also witnesses kittens that can go blind, a cute little rabbit with an injured leg, and the rescue of a little dog that can make anyone emotional. The following episodes feature little puppies reuniting with their mother, a neglected horse finding a perfect home, and the medical treatment of a delicate dove. In the last episode of the season, a stray animal that was riddled with porcupine quills is rescued.

‘Rocky Mountain Animal Rescue’ Season 1 premiered on March 3, 2018, on National Geography. The season consists of a total of 6 episodes. The last episode concluded on April 7, 2018. The show is quite adventurous, cute and emotional.

It is somehow the best of ‘Lone Star Law‘ and ‘The Supervet‘ mixed together. It does not matter if you are an animal lover or not, this show is meant for all humans. Looking at those cute innocent faces of the animals will surely make you feel a little better in your otherwise stressful life. Believe us when we say, their happiness is super infectious and you will surely love the show for its main protagonists, who are our furry friends.

While there is no official announcement for a new season yet, we assume that it is likely for ‘Rocky Mountain Animal Rescue’ Season 2 to release around April 2020.

You can catch the trailer of ‘Rocky Mountain Animal Rescue’ Season 1 below.