Will There be a Rogue Trip Season 2? 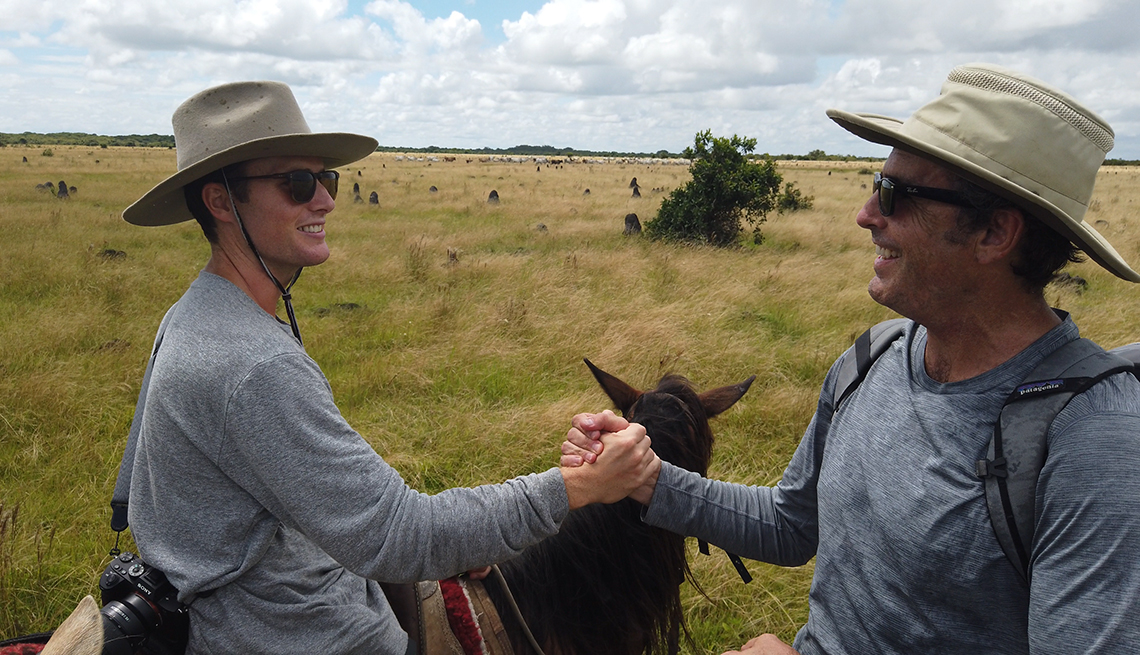 Disney is a hotspot for family-oriented programming. And in an awesome turn of events, the channel teamed up with National Geographic and ABC News to launch ‘Rogue Trip’ — a travelogue that takes viewers on a virtual trip to unexplored exotic locations in the world. What’s intriguing about the show is, it does not take you to your familiar destinations. You get to see some of the most unlikely spots, which have not been showcased on primetime tv. Well, if its first season managed to impress you, here’s all you need to know about its second edition.

‘Rogue Trip’ season 1 premiered on July 24, 2020, on Disney+. It consisted of six episodes and all of the parts landed on the same date on the platform. Owing to its unique format, which stands apart from other travel shows, ‘Rogue Trip’ piqued the interest of viewers, especially adventure seekers. And fans have already started demanding a second season. If Disney echoes the same sentiments and orders a follow-up edition, we can expect ‘Rogue Trip’ season 2 to premiere sometime in 2022.

‘Rogue Trip’ is hosted by Bob Woodruff, the famed ABC News correspondent, who has been on the limelight since 1996. He has traveled the world and has put himself in several treacherous situations while delivering real stories from across the globe into American living rooms. In 2006, a landmine encounter in Iraq left him with several serious injuries. After a long road to recovery, Bob returns on tv screens, and this time, he is accompanied by his son Mack, a production photographer. Season 2 will definitely see both Bob and Mack making a comeback.

What Can Rogue Trip Season 2 be About?

Conceptualized as a travel guide to some of the locations that an average tourist is least likely to venture into, ‘Rogue Trip’ stays true to its name. We see some of the most roguish nations, territories, and regions, which have an infamous history and are misunderstood by travelers even in the modern world. But each of the featured locations has the power to surprise and mesmerize you.

Bob and Mack Woodruff embark on a globe-trotting adventure that exposes the glam and grit in treacherous travel. The pair reaches a location and immerses themselves in the culture while meeting people and admiring the wildlife. We also learn about the challenges faced by the inhabitants of these remote regions. Across the episodes, we witness how the industry and greed are pushing life and entire species toward destruction.

Season 1 follows the duo as they land in Colombia, Papua New Guinea, Ethiopia, Pakistan, Lebanon, and Ukraine. Along the way, the father-son duo also shares inside jokes, dirty laundry, and cramped hotel rooms. Bob guides Mack and shows him the hidden places he loves most. Packed with beautiful, breathtaking, and hopeful experiences, ‘Rogue Trip’ became the new favorite among travel addicts.

As explained by Bob in Disney’s press release: “I couldn’t be more excited to share this series with viewers around the world. This is an adventure of a lifetime to be with Mack discovering together how every place on the planet has the power to surprise, amaze and inspire, despite its past.” Season 2 will stick to the same premise and take viewers on a virtual trip to several more unexplored destinations.