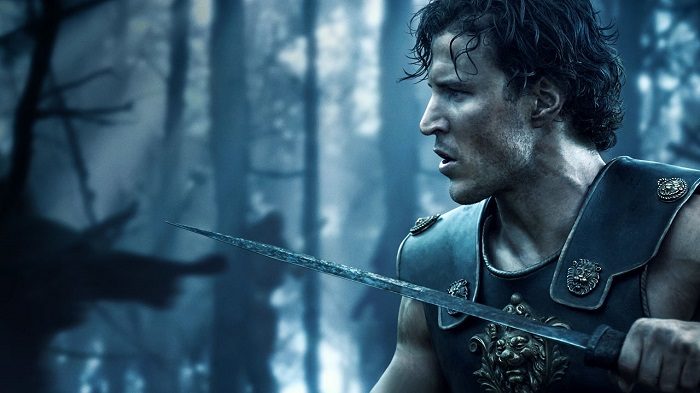 ‘Roman Empire‘ is an American/Canadian docuseries that first premiered on Netflix on November 11, 2016. The show is based on the life of some of the most important rulers of the mighty Roman empire. The first season deals with Commodus, who was co-emperor of Rome with his father and then later enjoyed a long rule where he showed authoritarian attitude and was perceived as a God-like figure by his subjects. In the second season, the show makes probably the most famous Roman emperor ever, Julius Caesar, the central character. We see how Caesar established himself as a fierce ruler through conquest and later how his successes caused a huge conflict between himself and the Roman Senate. What has to be kept in mind is that Caesar was not exactly the emperor, as Rome had the Senate system then and there was a constitutional government. Caesar’s official title was ‘Dictator of the Roman Republic’. In the third season, the makers chose the period when Caligula was in power. We are yet to know the monarch the fourth season will be based on.

While the first season was titled ‘Reign of Blood’, the second season was called ‘Master of Rome’, and the third season, ‘Caligula The Mad King’. Netflix has not yet provided the title of the fourth season. It can be interesting if they decide to base the fourth season of the series on the rule of Augustus, who was the founder of the Roman Empire and Caesar’s adopted son. Augustus managed to take control of the empire after defeating Pompeius, Mark Antony, and Cleopatra in battles and abolishing the Senate and the Roman republican government. Augustus had earlier joined forces with Antony to defeat Caesar’s assassins. Thus his story seems very interesting and would make a compelling tale.

Roman Empire Cast: Who is in it?

The series is what we call a docu-drama, and thus has dramatized events from the life of the ruler while a narrator explains the events and gives the required backstory for what we are about to see. Sean Bean was the series’ narrator in the first season and came back in his role in the third season after a hiatus.  There are also a number of interviews of historians who are specialists on the subject of discussion who provide historical facts and gives the proper historical context.

In the first season, we saw Aaron Jakubenko don the part of Commodus. Ditch Davey became the leading actor of the second season, portraying the character of Julius Caesar. Ido Drent, a New Zealand actor, plays the role of Caligula. When Netflix announce what will be their focus of attention for the fourth season, we shall have an idea of the actor they have in mind. Elizabeth Dowden, whom we have earlier seen in the series ‘Westside’ (2016-2018) and ‘American Playboy: The Hugh Hefner Story’ (2017) plays the part of Caligula’s sister, Drusilla, in the third season. The casting of Ben Black as Brutus and Tim Carlsen as Mark Antony in the second season also proved to be a stellar decision.

Roman Empire Plot: What is it about?

The approach the makers of the series have taken in depiction of the lives and reigns of Rome‘s most important rulers is unique, interesting, and effective in many ways. Each episode highlights the specific moments and periods in the lives of the ruler in question which went on to shape him as a king and establish his legacy. To give an illustration, let us concentrate on the second season. The entire story of Julius Caesar has been divided into five episodes. The first episode talks about how the Triumvirate was established. Then we see how Caesar managed to capture the fancy of the Roman public with his great war victories and become the dictator of the Roman Republic. The series then takes us to the time when Caesar got involved with the Egyptian queen Cleopatra. The last episode, of course, deals with the assassination of Caesar by certain disgruntled members of the Roman Senate.

The third season is also interesting since Caligula was quite a colorful character. He was notorious for his extremely luxurious lifestyle and brutal methods of torture. Caligula has also been referred to as a sadist who enjoyed others suffering. Moreover, Caligula was also known for his perverse sexual practices. He later came to be known as “Caligula: The Mad King”. This is also shown in the erotic drama film ‘Caligula’ (1979) which stars Malcolm McDowell and Helen Mirren. There have been speculations that the character of Joffrey Baratheon in ‘A Game of Thrones’ has been modeled on Caligula. What we can expect in Season 4 is such a drama that would prove to be very important in shaping the history of the Roman empire as we know it.

Season 3 of this docu-drama series premiered on Apri 5, 2019. The makers of the show or Netflix have not yet announced specifically their plans for the fourth season yet. But going by the past trend, we are hopeful that the show will be renewed for another season. If that happens, we expect Roman Empire season 4 to premiere sometime in April or May, 2020.

As soon as an announcement arrives, we shall update this section to fill you in with the latest details.

The trailer for the fourth season of this historical drama has not been released yet, but you can watch the trailer for Season 3 right here.