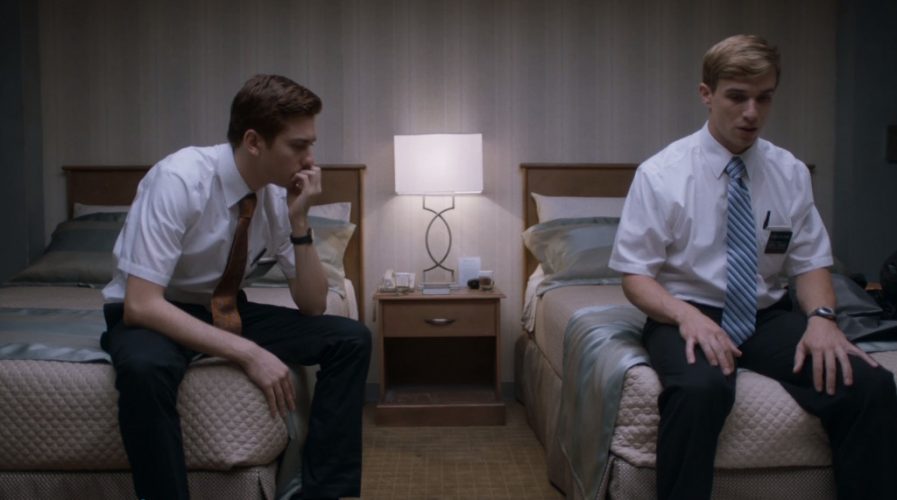 In the latest episode of ‘Room 104’, titled, ‘Foam Party’, we get to re-live the vibes from the 90s horror flicks. But the premise is so outlandish that it leaves you scratching your head. Well, this can only be expected from ‘Room 104’, which deals with weird themes in almost every episode. Well, we will outline the details of episode 7 in our recap section. But before that, here is a brief synopsis of the upcoming episode.

The upcoming episode is called ‘No Dice’, written by Julian Wass and directed by Patrick Brice. As outlined by HBO, here is its official synopsis: “Smarmy game show host Chip Crawford wants to keep his meet-and-greet with his 80-something biggest fan, Enid, as short as possible, but Enid has other plans in store.” It stars Linda Lavin, Jennifer Kim, Terrence T. Terrell, and Gary Cole in the lead roles.

In episode 7, the forever insecure Jack throws a foam party for his friends, Luke (Harvey Guillén), Jenna (Olivia Crocicchia), Hunter (Timothy Granaderos), and Morgan (Alison Jaye). He does this to impress this group of people whom he has known only for a short while. He also brings the foam that is the central attraction to the event. However, once the foam is released, it starts affecting everyone in a near-fatal way. The substance is lethal and eventually, engulfs everyone, leaving them dead.

So what is the essence of the story? Jack is the carrier of a malevolent foam, which is a representation of his own hollow self. He is nothing but vaccuum — something light and irrevelant like foam. But then, when he releases his own personality in the form of an ever-expanding, yet temporary and light foam, it overtakes everybody near him. In fact, the substance swirls in an engulfs Jack as well toward the end. So, was there a foam party at all? Or was it just Jack and his boring, dull persona that is spreading throughout his surroundings? Well, we will never know. The answer is best left to our interpretations and imagination!