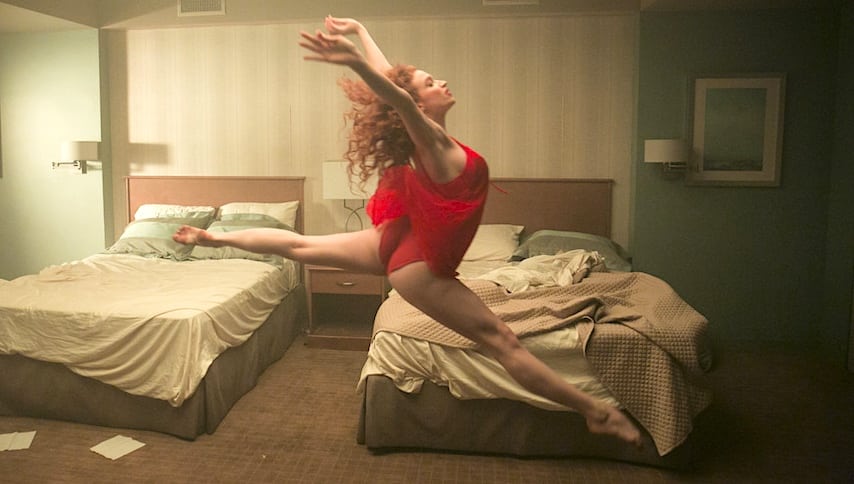 Created by Mark and Jay Duplass, ‘Room 104’ is an anthology series that consists of 30-minute standalone episodes. Each episode narrates a different character-driven story. The tales are interlinked with one common theme – each incident takes place in the titular Room 104, housed in an unnamed American chain motel. The show has progressed to become one of HBO’s critically acclaimed titles, owing to its distinct plotlines. It is one of those unique projects that allows writers, directors, and actors to display their talents in a claustrophobic setting.

Across its four seasons, we have seen ‘Room 104’ shine in different genres – ranging from horror to drama and comedy. In fact, the fourth season includes a milestone animated episode – the first in the show’s history. Featuring an impressive ensemble cast, season 4 highlights some fascinating stories. And now that it has come to an end, fans are wondering if there will be a ‘Room 104’ season 5. Let’s answer that question right away!

‘Room 104’ season 4 premiered on July 24, 2020, on HBO. It ended with its 12th episode on October 9, 2020. In May 2020, HBO announced that the fourth season would be the last installment from the fan-favorite series. In an interview with Deadline, creator Mark Duplass expressed how he feels about the show having reached its end.

“A little bittersweet. This has been kind of this fun little side project that we started a few years ago, and oddly became just emotionally a centerpiece of what I like doing. I’m excited we got a chance to make 48 episodes,” Mark said. “It’s kind of rare that in today’s turn and burn rate with TV shows that you get that many. So, I want to be appreciative and I want to be thankful, but I’m also feeling like a spoiled little shit who wants to do.”

So, yes, it is officially confirmed that ‘Room 104’ season 5 stands canceled. However, Duplass did add that he has some more ideas in mind to continue the unique format of the series in the future. He said that the team has been discussing how to treat ‘Room 104’ as a microcosm. The crew has already brainstormed on the various learnings, following season 4’s conclusion – What things they did right? And how they can proceed from here?

Duplass added, “We’re talking about something that’s an organic systemic change, and I don’t have the answers yet, but I do agree that Room 104 DNA has some really good solutions.” Therefore, although the current version of ‘Room 104’ has wrapped up, we do expect some fresh projects, which adopt a similar structure that made the original such a great hit in the first place. However, nothing is official yet. We will update this section as and when we learn more.