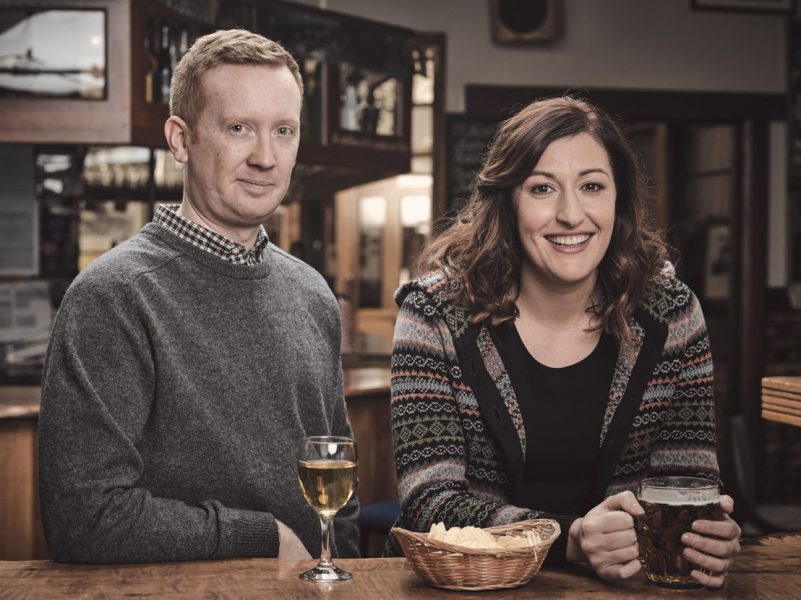 ‘Rosehaven’ is an Australian comedy-drama television series which airs on ABC in Australia and on Sundance TV in the US. Created by Celia Pacquola and Luke McGregor, the show follows a man who returns to his hometown, a fictional place called ‘Rosehaven’ in Tasmania, to help his formidable mother run the family real estate business.

A relatively old show, Season 1 of ‘Rosehaven’ made its way to viewers’ screens on October 12, 2016, and received brilliant reviews from television critics all over the world. Unsurprisingly, ABC renewed the show for a second season, which debuted on October 25, 2017. A third season also followed, premiering on January 30, 2019, and ending one-and-a-half months later on March 13, 2019. With Season 3 now over, everyone would love to see another season of this much-loved television drama. Here’s everything we know about the prospects of another season of ‘Rosehaven’.

Rosehaven Cast: Who is in it?

Being based in and shot entirely in Tasmania, many of the show’s cast members are also from Tasmanian descent.

If the show does return for a fourth season, we would expect almost everyone to return since the show has a relatively limited number of characters. If there are any new additions to the cast, we will update this section to reflect the same.

Rosehaven Plot: What is it about?

The show starts off when Daniel returns to his hometown of Rosehaven to help Barbara run the family real-estate business, McCallum Real Estate. However, he is completely taken off-guard when his best friend Emma turns up at his doorstep, on the run from her recent marriage.

Together, Daniel and Emma then go about helping Barbara run the business, and have to encounter many obstacles to keep the business afloat. As they get to managing the nitty-gritties of the business, the two friends help each other grow as individuals, and it is around their relationship and their activities that the show revolves. As the show progresses, best mates Daniel and Emma become firmly established bona fide real estate agents, weathering the storm of recalcitrant landlords, anxiety-inducing tenants, an overbearing boss in Daniel’s mother Barbara, and the town of Rosehaven, where a 24-hour emergency butcher is considered a normal part of life.

While the plot of the show might sound unexciting, it is charming show that has won fans all over the world. For instance, The New York Times, in September 2017, praised ‘Rosehaven’, saying, “Brace yourself to fall completely in love with this charming, gentle Australian comedy…If you like ‘Gavin and Stacey’, ‘Please Like Me’ or sweet shows about regular people, try this.” Australia’s own publication, The Sydney Morning Herald, said of the Season 3 premiere, “As this comedy doesn’t need a lot of plot, that’s about it for the opener, which doesn’t make it any less enjoyable. The dialogue in the double-episode season premiere is sharp, dense and tight and the affectionate account of a country town and its inhabitants remains a low-key charmer.” While The Washington Post praised the show saying: “Therein lies the beauty of “Rosehaven”: It makes you feel like you’re a million miles away in a very special place, and it also makes you very glad that Barbara McCallum is not your mother.”

On review aggregator website Rotten Tomatoes, ‘Rosehaven’ Season 1 enjoys a perfect score of 100%, while on IMDb, the show has a solid rating of 7.8/10.

Rosehaven Season 4 Release Date: When is it coming?

Season 3 ends with a cliffhanger that sees the town of Rosehaven contemplating boycotting McCallum Real Estate. Although ‘Rosehaven’ is low-key, it has been one of the finest shows to emerge from Australia and has fans across the world. It has also been a very consistent performer for ABC. So, we would be surprised if it doesn’t get another season. The first three seasons came within 15 months of each other, so our best guess is that if the show does get renewed, ‘Rosehaven’ season 4 can release sometime in March or April, 2020. We will update this section as soon as we hear more.

While we wait for ABC to make a renewal announcement, here is the trailer for Season 3 to give you glimpse into the show and the story thus far.  If you haven’t seen the show yet head over to ABC to catch all the episodes of the previous seasons.