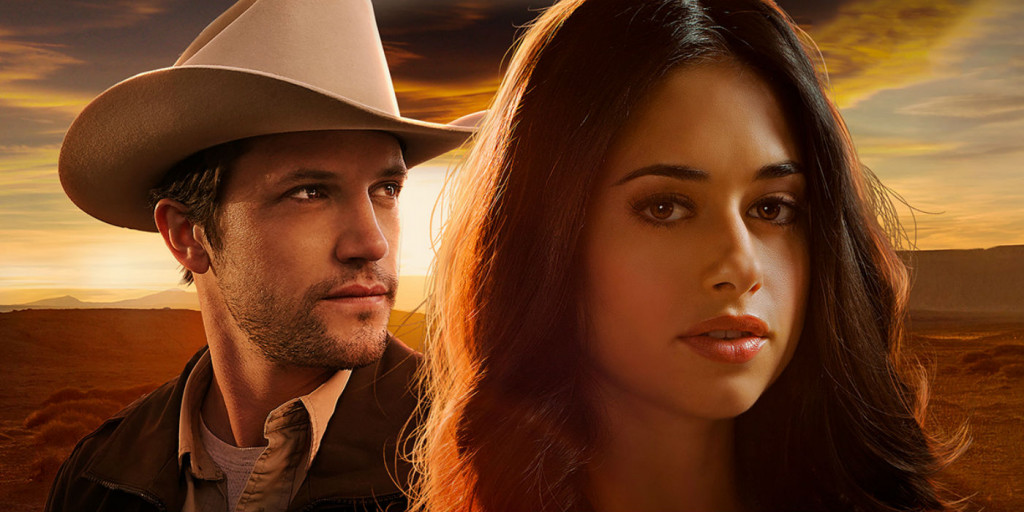 Roswell, New Mexico is a science fiction drama that first premiered on The CW television network on January 15, 2019. It is based on the famous book series by Melinda Metz, Roswell High which has previously been adapted on television as well. Carina Adly Mackenzie is the developer of the series for The CW. It made its entry as a midseason series during the 2018–19 slate of the channel. Albuquerque, New Mexico, and Santa Fe, New Mexico are the locations where most of its filming has been done. The series has reportedly been renewed for its next season as of April 2019.

The main cast of the show comprises of Jeanine Mason as Liz Ortecho, daughter of an immigrant and biomedical researcher, Nathan Parsons starring as Max Evans, the talented Roswell deputy sheriff who hides a secret identity, and Michael Vlamis as Michael Guerin, an alien drifter having undergone traumatic experiences in his childhood whose current aim is to get away from earth.

We also have Lily Cowles playing Isobel Evans-Bracken, a cunning lawyer who hides her true identity of an alien behind her charm and grace. Tyler Blackburn stars as Alex Manes, a veteran of the war who has a past filled with a great deal of mental and physical trauma. Heather Hemmens is cast as Maria DeLuca; Liz’s and Rosa’s closest friend who works as a bartender unaware of aliens living amongst them.

Michael Trevino stars as Kyle Valenti, the sheriff’s son and a doctor who has been oblivious to the horrible things of his family’s past until recently. Trevor St. John is cast as Jesse Manes, Alex’s dad and a chief master sergeant who is not without his own secrets. Karan Oberoi plays Noah Bracken, Isobel’s partner and a lawyer who suspects his wife is not entirely truthful to him.

There are several recurring characters in the show. Rosa Arredondo plays Sheriff Valenti; she is Kyle’s mother. Carlos Compean plays Arturo Ortecho; father to Liz father wand owner of the Crashdown Cafe diner. Riley Voelkel, playing Jenna Cameron, is Max’s colleague and partner. Rosa Ortecho is played by Amber Midthunder; elder sister to Liz who dies in an accident under the influence of drugs and also leads to the death of two other girls during the process. Mimi DeLuca is played by Sherri Saum, Claudia Black stars as Ann Evans. Dylan McTee plays Wyatt Long, brother to one of the girls who dies with Rosa in the accident and ever since holds a grudge against the Ortecho family.

Roswell, New Mexico Plot: What is it about?

Roswell, New Mexico has all the elements you can possibly expect from a science fiction alien drama. The plot is understandably based on the book, Roswell High and focuses on the life of a biomedical researcher named Liz whose returns to her hometown uncovers secrets that shatter her beliefs. She discovers that her high school crush is an alien who has been keeping this identity a secret for years and hiding his unnatural abilities in the process. She decides to go along with his secret as the two former schoolmates bond again, but an unfortunate crash strikes and hints at a greater population of aliens than expected; his identity is now under threat.

The aliens may or may not be the only secret the town and the people who live there hold. There is a lot more – dirty politics, lies, and deceit that indicate things are way more twisted than they appear. What makes this show different from its earlier version is that the lead character of the show is a Latina and her father is an undocumented immigrant. The characters start off as unidimensional but keep evolving as the episodes progress. The show is fast-paced and covers a lot of ground in very few episodes, which keeps the audience on the edge of their seats.

Roswell, New Mexico does have a few differences when compared with the book. While the book focusses on the high school lives of the characters, the show features the characters as jaded 20-year-olds. The bond between the lead characters appears rather convincing so much so that you find yourself rooting for the two.

We know another season of Roswell, New Mexico is scheduled to return soon but we don’t know where the story would head. Showrunner Carina Adly MacKenzie gave away some details saying, “Rosa thinks she just woke up from a bad hangover, and she’s about to be very confused. We’ll literally pick up moments after this. Things will start to click for her, like how Liz looks a little different, and she’ll have to learn to adapt.” She added, “Max’s story definitely isn’t over, but there are consequences for raising somebody from the dead.”

Roswell, New Mexico Season 2 Release Date: When will it premiere?

Roswell, New Mexico Season 1 premiered on January 15, 2019. The ratings of the show were excellent right from the start, yet we don’t have a confirmation on when another season will premiere. We know that The CW usually waits until “Upfronts” (which is an event they organise for their advertisers), to announce renewals but fortunately in April 2019, it was confirmed that Roswell, New Mexico would be getting a second season. If all goes as planned, we can expect Roswell, New Mexico season 2 to release sometime in January 2020.

While we wait for an update on season 2, check out the season 1 trailer to refresh your memories. If you haven’t seen the show yet head over to The CW to catch all the episodes of the previous seasons.