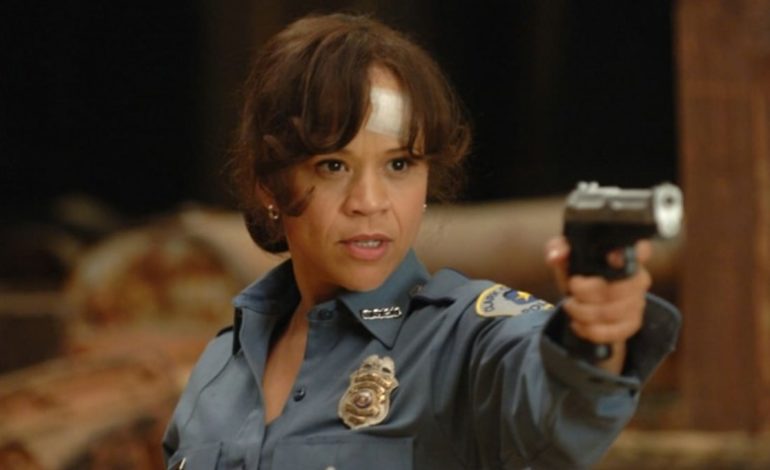 Rosie Perez has forayed into diverse realms like acting, show hosting, writing, dancing and activism throughout her career. The multifaceted actress found her flame for performances during her childhood as a foster kid and ward of the state. A chance encounter with director Spike Lee changed her life forever. She made her acting debut with the movie ‘Do the Right Thing’, which was produced, written and directed by Spike Lee. Movies like ‘White Men Can’t Jump’ and ‘Fearless’ soon followed.

Perez emerged as a promising choreographer when her show ‘In Living Colour’ went on to become a huge hit. She earned three back-to-back Emmy nominations for the show. Her breakout role in the Broadway production ‘The Ritz’ put her in the scanners of casting directors in Hollywood. In 2015, she joined the popular television show ‘The View’ as a host. Her other major works include ‘The Take’ and ‘Pineapple Express.’ So, now you might be wondering what is the next Rosie Perez movie or TV show? Well, here’s the list of upcoming Rosie Perez films and TV shows scheduled to release in 2019 and 2020. We can only hope that the latest Rosie Perez movies would be as good as some of her recent ones. 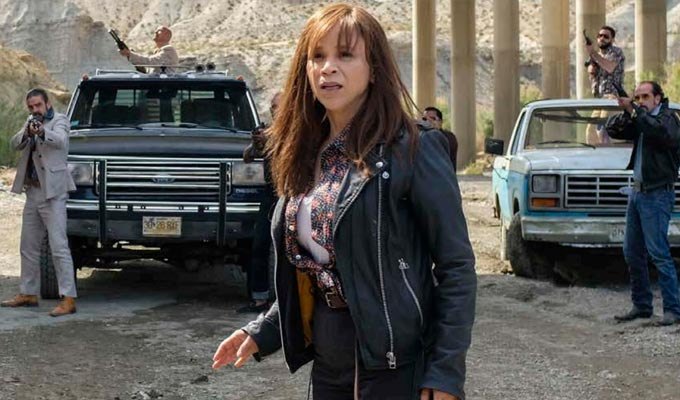 Rosie Perez joins the ensemble cast of Jim Jarmusch’s zombie horror-comedy ‘The Dead Don’t Die‘ as the character of Posie Juarez. The plot centers on the sleepy small town of Centerville where the three cops, Cliff (Bill Murray), Ronnie (Adam Driver) and Mindy (Chloë Sevigny) find themselves battling with boredom and their dull existence. All they have is the petrol station owner Bobby Wiggins (Caleb Landry Jones), Hermit Bob (Tom Waits) and Farmer Miller (Steve Buscemi) both for company and trouble. But their monotonous lives turn upside down when the zombie outbreak wrecks havoc in town.

The walking dead rise from their graves and invade the courtyards and streets hungry for human flesh. The three cops decide to join forces with the new undertaker of the town morgue, a Scottish samurai with a sword, (Tilda Swinton) in order to fight off the rapidly proliferating undead creatures. Selena Gomez, Chloë Sevigny, Austin Butler, RZA, and Danny Glover also play major roles in the zombie flick. ‘The Dead Don’t Die,’ which garnered positive reviews when it was premiered at Cannes Film Festival, hits theaters on June 14, 2019. 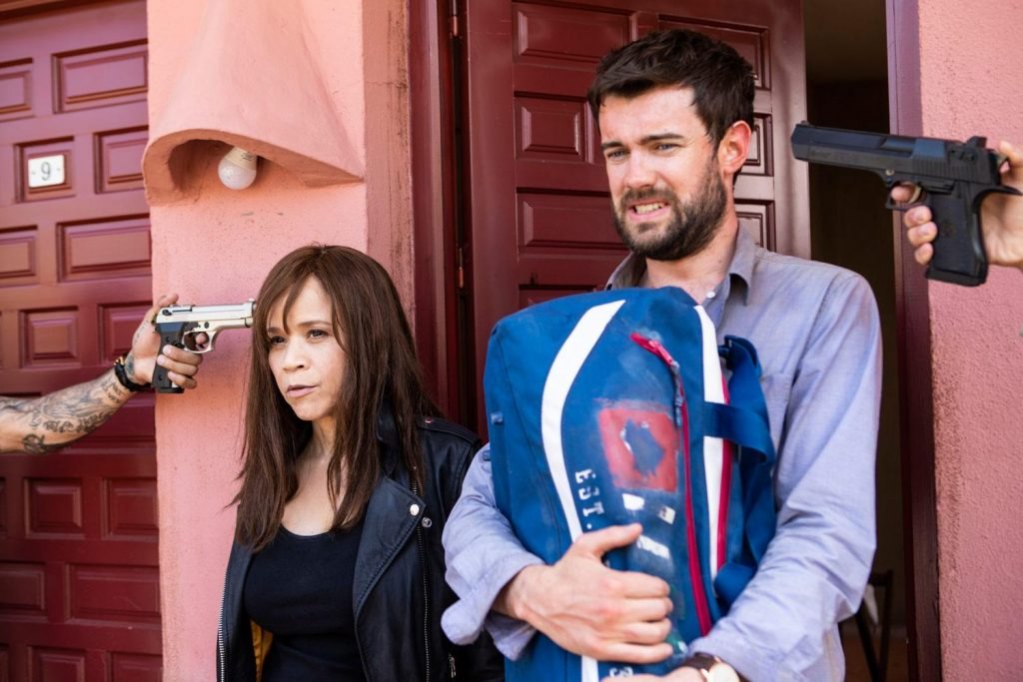 Rosie Perez joins Anne Hathaway, William Dafoe, Ben Affleck, Toby Jones, Edi Gathegi, and Mel Rodriguez for the upcoming crime drama ‘The Last Thing He Wanted.’ The plot revolves around a journalist Elena McMahon (Hathaway) who quits her job to test the dangerous waters of the international arms market. Soon, she finds herself on slippery grounds as the Iran Contra Affair’s arms for drugs scandal is about to blast, reports Deadline. More details about the movie and Rosie Perez’s character haven’t been revealed yet. ‘The Last Thing He Wanted’ is directed by Dee Rees, who is known for ‘Mudbound,’ from a script written by Marco Villalobos based on the 1996 novel of the same name by Joan Didion. The film is expected to come to theaters in 2019.

3. Birds of Prey (And the Fantabulous Emancipation of One Harley Quinn) (2020) 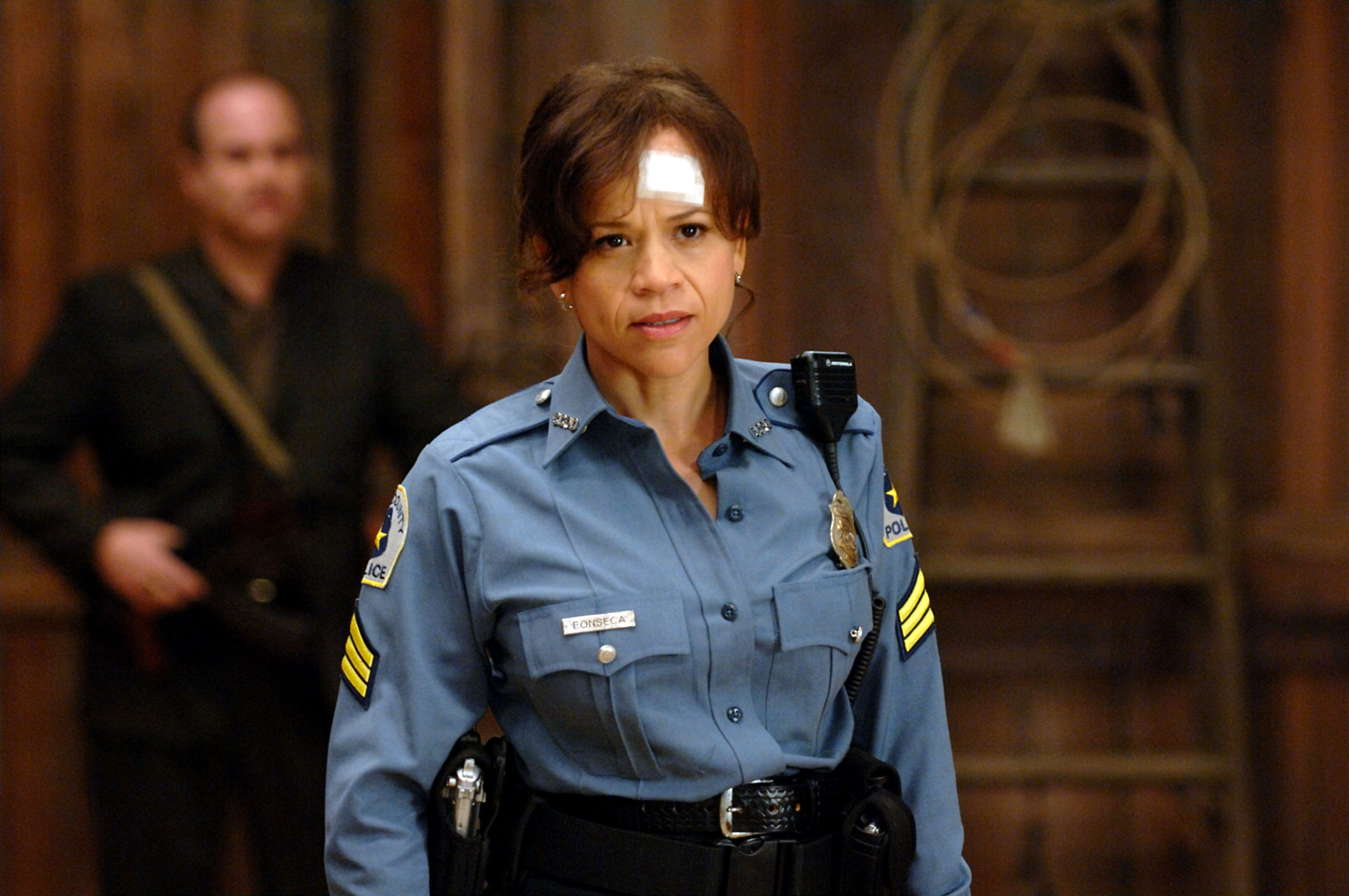 ‘Birds of Prey (And the Fantabulous Emancipation of One Harley Quinn)’ is an upcoming superhero film from DC Comics. Rosie Perez plays the comic book character Renee Montoya while Margot Robbie steps into the shoes of Harleen Quinzel a.k.a Harley Quinn in the movie. Renee Montaya was first introduced in the ‘Batman: The Animated Series‘ as a detective of Gotham City Police Department. She frequently collaborated with Batman during her cop tenure. Disgusted with the corruption prevailing all over the department, she left the police force and started operating independently. Montaya is a lesbian character in the Batman franchise.

‘Birds of Prey’ marks her feature film debut. According to various reports, the plot follows Harley Quinn (Robbie), Black Canary (Jurnee Smollett-Bell), the Huntress (Mary Elizabeth Winstead), and Renee Montoya (Perez) who band together to rescue Cassandra Cain (Ella Jay Basco) from the clutches of the underworld kingpin of Gotham City, Black Mask (Ewan McGregor). The movie is directed by Cathy Yan from Christina Hodson’s script. ‘Birds of Prey’ is set to release on February 7, 2020.

Paramount’s animated family flick ‘Clifford the Big Red Dog’ features Kenan Thompson, Rosie Perez and David Alan Grier in the voice cast. Based on the children’s book series of the same name created by Norman Bridwell, the plot follows the misadventures of the big red dog and his master Emily (Darby Camp). She finds Clifford as a tiny red puppy and adopts him as her only friend. But when he grows into a giant dog, Clifford falls into the radar of a greedy genetic corporate. Emily teams up with her Uncle Casey (Jack Whitehall) to save Clifford from the scientists of the company, according to THR. More details about Perez’s character are not known yet. ‘Clifford the Big Red Dog’ is directed by Walt Becker. The duo Jay Scherick and David Ronn wrote the script along with Annie Mumolo and Stan Chervin. The movie will start production in July 2019 in New York. 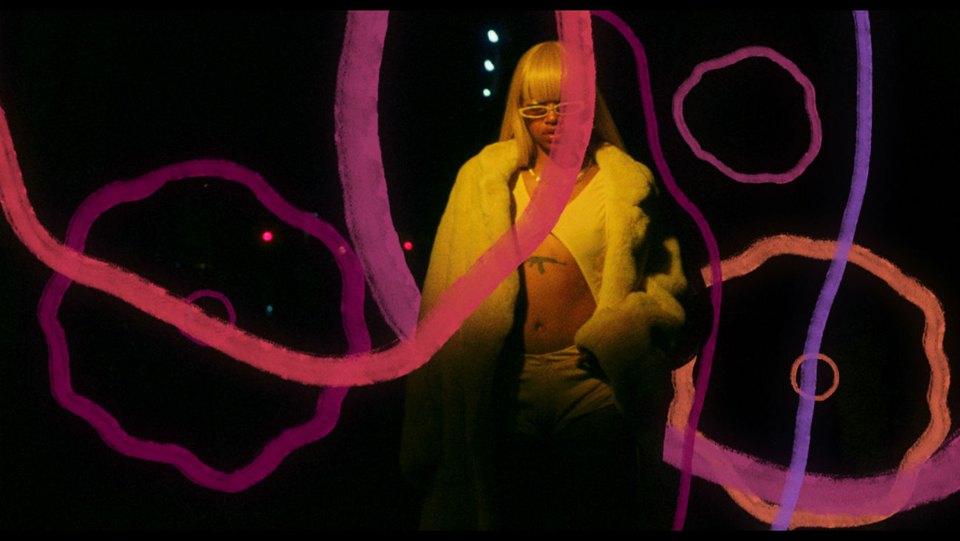 Rosie Perez executive produces the movie ‘Goldie’ along with Luca Borghese, Jim Czarnecki, Danny Gabai, Ben Howe, and Kristal Mosley. Directed by Sam de Jong, the film tells the story of the titular character Goldie. She is considered as a troublemaker who rebels against the shelter home authorities, where she lives. She has to keep her sisters together from sending away on different paths by the system while holding tight to her dream of becoming a dancer. ‘Goldie’ features Slick Woods in the lead role. The movie is scheduled to hit theaters on September 5, 2019.