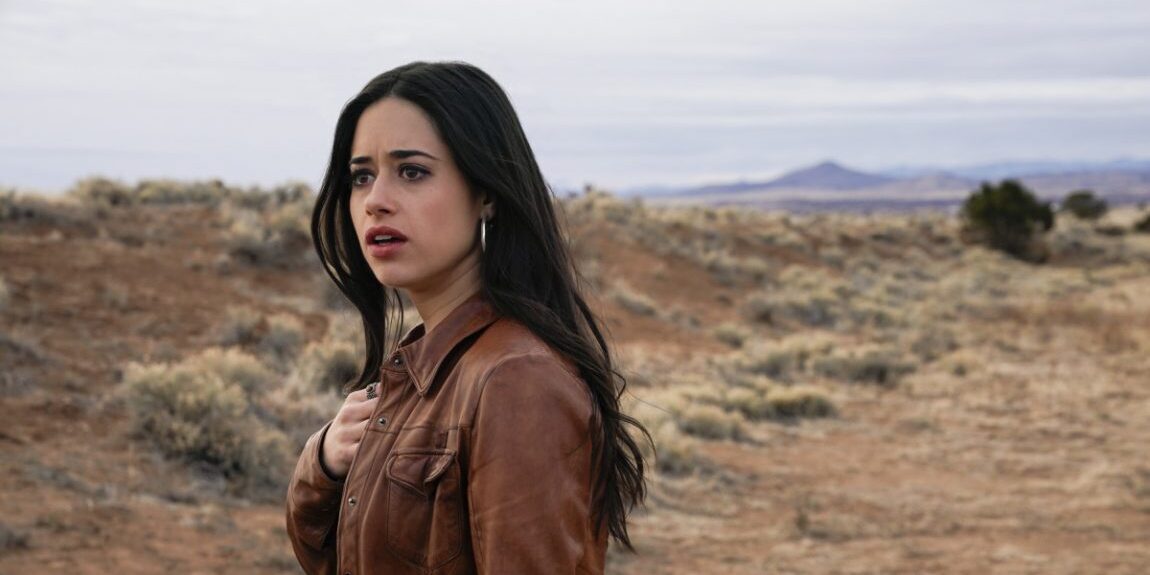 Based on Melinda Metz’s eponymous book series, ‘Roswell, New Mexico’ premiered in January 2019. Adapted to screen by Carina Adly MacKenzie, the science fiction drama centers upon the town of Roswell, where aliens disguise themselves as humans and live amongst them. However, Liz Ortecho’s return stirs up trouble for the gang, who are unaware of a more significant threat that’s lurking in the background. It opened to average reviews from the audiences and critics alike.

However, its modern political premise drew enough attention, convincing CW to renew the show for season 2. Naturally, fans are wondering: When will ‘Roswell, New Mexico’ season 2 release, and what will it be about? Read on, as we unveil to you the details regarding the cast, plot, and release date of the upcoming season.

Roswell, New Mexico Season 2 Cast: Who is in it?

Except for a few, almost all the characters from season 1 might reprise their role in season 2.

After the intense finale, Nathan Parsons (‘The Originals’) and Karan Oberoi (‘The Black List’) might not be returning to their respective roles as Max and Noah. However, a teenage Max can still appear in flashback scenes.

The new additions in season 2 are Justina Adorno as Steph, a sharp-witted and unapologetically honest, young woman; Cassandra Jean Amell as Louise, an extra-terrestrial being who is seeking refuge in 1947 Roswell; Gaius Charles (‘Friday Night Lights’) as Bronson, a farmer with a clear conscience, who wants to do good by every one; and Jason Behr, who appears in the original series as Max, is all set to portray a recurring character

Roswell, New Mexico Season 2 Plot: What can it be About?

In the Season 1 finale, we see Max killing off the alien-murderer Noah by using the energy charge from the storm and later sacrificing himself to resurrect a dead Rosa Ortecho. Liz gets the shock of her life when she finds her elder sister Rosa looking over Liz’s boyfriend Max’s cold and lifeless body.

Season 2 might open with a devastated Liz, trying to make sense of what she has just seen. The drug-addict sister who has been brutally killed at the hands of Isobel is alive, and the man Liz has grown to love, Max Evans, is dead. If that’s not enough, Liz is now Rosa’s elder sister because of the time-gap.

Talking to Entertainment Weekly, the creator of the show revealed, “We open season 2 with Max and Liz back in bed that morning and get to see a little bit more of their conversation that we missed.” The actor who plays Max, Nathon Parsons, confirmed the fate of his character, saying, “I am fully dead.” I mean, considering the fact that he is the one who possesses the ability to resurrect others, and since no one can do it now that he is gone, there’s not enough chance Max might make a comeback, except for flashbacks of a teen Max.

Meanwhile, Isobel might take center stage in the upcoming season. Having lost both her brother Max and serial killer husband Noah, she might have to deal with her issues alone, which can even cause her to spiral into darkness. We can expect fan-favorites Michael and Alex to give their love, a second chance in season 2. It is possible that with Maria, Michael is just making a safe choice, so that he doesn’t end up hurting Alex or getting hurt. However, as the season progresses, they can very well get back together. There’s a chance we get to learn more about Alex and Maria’s background in season 2. Also, Rosa and Kyle might team up to help Liz in getting rid of all the suspicions surrounding Max’s sudden disappearance, in the eyes of the law.

Check out the extended trailer for ‘Roswell, New Mexico’ season 2!