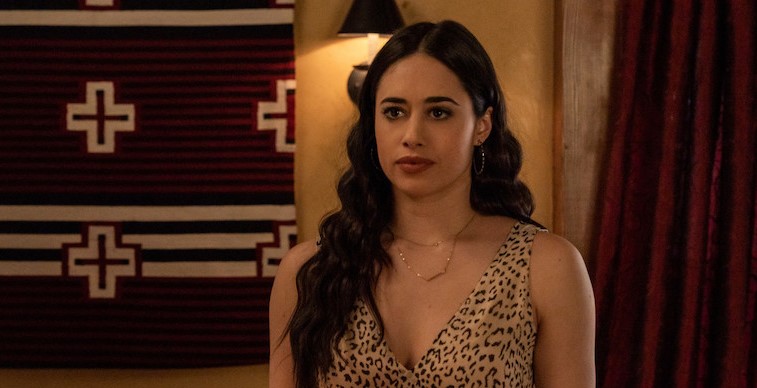 Developed by Carina Adly MacKenzie, The CW’s ‘Roswell, New Mexico’ is a science fiction drama that follows Liz Ortecho as she returns to her eponymous hometown and comes to the shocking realization that the boy she liked in high school is an alien who has managed to protect his identity all these years from the rest of the world. She resolves to help him out, and in the process, they end up developing feelings for each other.

Their lives are further exposed to danger and threat when the presence of a more powerful alien alliance is detected. The show is adapted from the ‘Roswell High’ book series by Melinda Metz. Since its inception on January 15, 2019, the sci-fi series has completed three seasons which makes us entertain the possibility of another one. If you’re curious about the same, here’s all that you need to know about the fourth season!

If you’re curious about the next season, we have news! On February 3, 2021, The CW television series ‘Roswell, New Mexico’ was renewed for a fourth season. Like its previous seasons, the upcoming edition is also expected to have 13 episodes. The news arrived before season 3 took off as the network wanted to retain their existing slate.

The CW’s Chairman and CEO Mark Pedowitz focused on maintaining stability against the disruptive impact the COVID-19 pandemic has had on production and development. He declared, “Though we’re just a few weeks into the new season, we wanted to get a strategic head start on next season with these early renewals, which allows our production teams to start laying out story arcs and hiring staff, and at the same time, continues to provide us with a strong, stable schedule to build on for next season.”

Moreover, the principal photography for the fourth season of ‘Rosewell, New Mexico’ commenced on August 10, 2021. This means that the network is ahead of its usual schedule to ensure the smooth release of its fourth season. This also means that it would more or less follow its observed release pattern for its 2021-22 list. Although a release date for the next season of ‘Rosewell, New Mexico’ has not been announced, if we take the aforementioned factors into account, we can expect ‘Roswell, New Mexico’ season 4 to premiere sometime in Q2 or Q3 2022.

Roswell, New Mexico Season 4 Cast: Who can be in it?

The principal cast also comprises Lily Cowles as Isobel Evans, Tyler Blackburn as Alex Manes, Heather Hemmens as Maria DeLuca, Michael Trevino as Kyle Valenti, and Amber Midthunder as Rosa Ortecho. All the main cast members are expected to make a comeback. Other actors playing recurring roles are also expected to return, including Carlos Compean as Arturo Ortecho, Rosa Arredondo as Michelle Valenti, and Dylan McTee as Wyatt Long, to name a few.

Roswell, New Mexico Season 4 Plot: What can it be About?

In season 3, Max encounters an alien-lookalike identifying as Mr. Jones, prompting Max to dig deeper into his personal life. He turns out to be an alien who was stranded after his ship crashed in 1947. Towards the end of the third season, Jones turns into a primary character, and his history explains why the aliens entered the Earth in the first place. Moreover, Liz is forced to take the responsibility of protecting Max, the man she is in love with.

In the fourth season of ‘Roswell, New Mexico,’ there will be new challenges and characters that might threaten the safety of the alien tribe. Along with that, we can also expect to see new developments in the dynamic between Liz and Max.