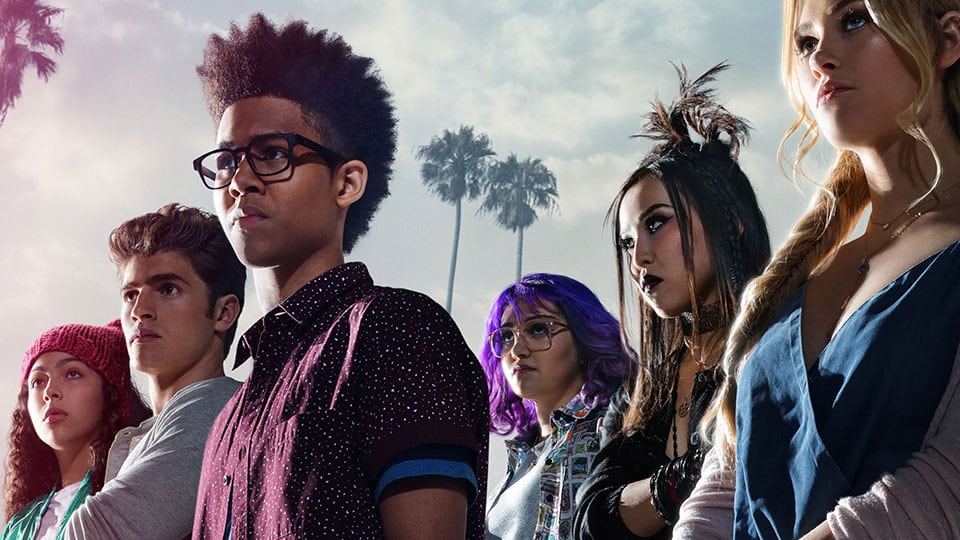 ‘Runaways’ was confirmed for a third season by Hulu, the streaming channel. While the news of a 10 episode new season is definitely exciting, what has gotten fans all starry-eyed is the teaser they released to mark the announcement. A quick and short snippet shows Old Lace, a dinosaur, scare away utility workers from the underground bunker of the group. The video is accompanied by fake iMessages from fans that keep popping up, requesting the show to be renewed.

Josh Schwartz and Stephanie Savage, the creators of ‘Runaways’ were elated when they received the order to come up with the third season of the show and have gone to the extent of promising that the upcoming season will be a ‘magical time‘ for the teen drama. They said, “We are so excited to tell more Runaways stories and are so grateful to Marvel, Hulu, our amazing cast and crew and of course our passionate audience. Season three will be a magical time on Runaways, as we deepen our connection to the Marvel universe. We are honored to continue to play in the sandbox created by Brian K Vaughn and Adrian Alphona”.

The excitement was not just evident on part of the showrunners. Jeph Loeb, the Marvel Television boss, also chipped in on his part. He was extremely happy and said as much to Hulu, the streaming giants, thanking them for having decided to renew the show for one more year. He said, “Thank you, Hulu! We’re thrilled that Marvel’s Runaways is back for its third season. Josh Schwartz and Stephanie Savage and the amazing writers have something epic in store for our terrific cast.” For those unaware, if ‘Runaways’ gets renewed for a fourth season, it will become the second longest show of Marvel Television to be aired under Loeb’s tenure, coming in behind ‘Agents of SHIELD‘, which airs on ABC.

For those unaware, the show is based on six teenagers from different backgrounds, who are special in their own way. They run away from their families, when they realize that their parents are criminal masterminds, and make up a fictional team of supervillains called the Pride. Over the seasons, the children first revolt against their parents and then move away, beginning to grow more independent as they attempt to figure out how to put a stop to their parents’ evil machinations, while also holding the group together.

Along with Schwartz, Loeb, and Savage, who serve as executive producers of the show, the upcoming season has added both Quinton Peeples and Lis Rowinski as new producers. Rhenzy Feliz, Virginia Gardner, Gregg Sulkin, Lyrica Okano, Ariela Barer all return to the show in the roles of the titular Runaways. Kevin Weisman, Ryan Sands, James Marsters, Annie Wersching, Angel Parker, Kip Pardue, Ever Carradine, Brigid Brannagh, Brittany Ishibashi, and James Yaegashi also return to their roles as the parents of these heroic teenagers, and members of the Pride. While both Season 1 and Season 2 are available for streaming on Hulu, you can check out the teaser for Season 3 below.