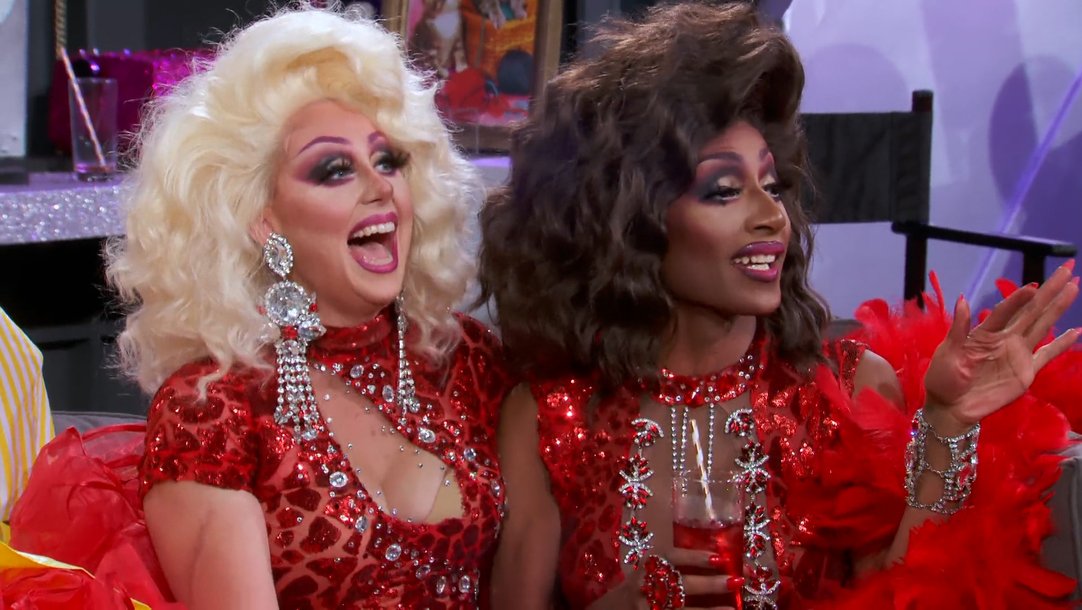 ‘RuPaul’s Drag Race‘ has continued to amaze us over the seasons, despite losing its luster a bit, along the way. However, the show has picked up the pace once again, and we can expect a fair bit of glamour and drama in the upcoming episodes. In the previous episode, we see the queens giving their superfans a drag makeover, as they set the runway on fire. Curious to find out what happens in the latest episode? We have got you covered with the rundown and will tell you when and where to watch the upcoming installment.

‘RuPaul’s Drag Race’ airs on VH1, which means you can watch it with a cable subscription. If you don’t happen to have one, just head to the VH1 site and stream the series. Since cord-cutters are on the rise, several options have been made available to them.

In case you’re part of the increasing viewer demographic, just head to Philo, Fubo TV, and DirecTV, to stream the episodes. You can also catch it on Sling Tv. If you’re an Amazon Prime subscriber, you can purchase and stream the latest episodes. Hulu subscribers have access to the first six seasons of the show.

The episode sees some curveballs as fantastic performances come from unexpected quarters, while those expected to shine, manage to crash and burn. Jackie bounces back from a tough rehearsal to deliver a decent presentation, while Crystal’s portrayal of a male exotic dancer wins the judges’ hearts. As a result, Methyd gets the first win.

Heidi manages to fumble through a sketch playing different family members. It is a lackluster performance. Sherry manages to drag five minutes’ worth of material to make a 17-minute long presentation and doesn’t earn too many laughs. Gigi’s portrayal of a flight attendant on a plane to hell does not sit too well with the audiences either.

Jaida tries to regale audiences with a story of urinating on her boyfriend while judging a pageant. To be fair, the story does have comic potential, but it is not delivered with the right blend of humor. When Jaida tells the audiences they’re not feeling it; one knows the performer is in trouble. The color purple-themed runway looks are lovely for all participants, but Heidi and Jaida find themselves in the bottom two positions.

As per the rules, they have to lip-sync. With Crystal and the safe queens behind them, Heidi and Jaida give it their all, while lip-syncing to ‘1999.’ However, the former’s elimination is a foregone conclusion. Not only is Jaida more competitive, but this also happens to be Heidi’s fourth time struggling to stay in the competition. The eliminated participant ends up thanking RuPaul for seeing something in them when they didn’t see it in themselves. Who could face elimination next week? Stay tuned to find out.