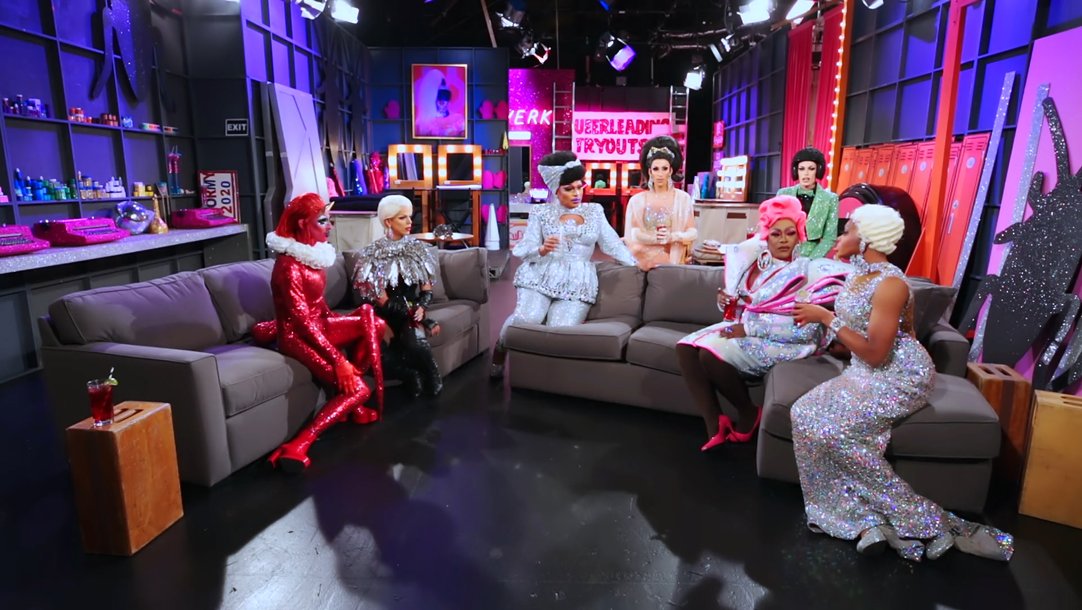 ‘RuPaul’s Drag Race’ season 12 made its much-anticipated debut last week. In the first part of the premiere, we were introduced to seven drag queens from the 13 contestants, who take part in this season. We meet Brita, Nicky Doll, Widow Von’Du, Jackie Cox, Heidi N. Closet, Gigi Goode, and Crystal Methyd — with Von’Du declared as the challenge winner for week 1.

The second part of the premiere landed this week, where we are introduced to the rest of the six queens. However, there’s also a shocker! One of the participants gets her taste of loss even before the actual competition begins. More on that later.

Now, with episode 2 out of the way, you might want to know about the show’s future — i.e the release date and streaming details of ‘RuPaul’s Drag Race’ season 12 episode 3. Well, keep reading!

You can catch ‘RuPaul’s Drag Race’ season 12 episode 3 on VH1 at the above-mentioned time by tuning in to your tv screens with an active cable subscription. You can also watch the episode on VH1’s official website, as well as, the VH1 app.

‘RuPaul’s Drag Race’ season 12 episode 2 is titled ‘You Don’t Know Me.’ Last week, the first half of the 13 contestants were introduced to the audience. And this week, we meet the rest of the six drag queens.

First up is Rock M. Sakura, a Vietnamese/Filipino queen, who seems to be a living symbol of Japanese pop culture. A talented stunt queen, she is also quirky and extremely hilarious. Next, we meet Dahlia Sin from NYC’s Haus of Aja. Hot and sporting a mean demeanor, she appears to have her own charisma when it comes to entertaining audiences.

Sherry Pie is the third to enter the stage. But let’s halt you right here. This week itself, Sherry was accused of posing as a powerful casting director and catfishing young men. Once VH1 caught wind of this, they announced that she has been disqualified. Sherry makes an appearance in this episode as the filming was already completed before the allegations were made. But she will not be seen in the live taping of the finale that will be filmed in the spring of 2020.

The fourth artist is Jan, a musical theater artist from NYC and a very talented singer. Next, we are introduced to Jaida Essence Hall, a polished and fashionable pageant queen. Finally, rounding up the cast is Aiden Zhane, the mysterious, spooky dolled-up beauty from LA.

The girls first take a walk around the stage and this is followed by RuPaul making his grand entry. He asks the ladies to get ready for the mini-challenge, where they need to showcase two types of looks for Fashion Week. In the maxi-challenge, the queens are tasked with choreographing and composing verses for the Fosse-inspired track “You Don’t Know Me.” The queens gather around and finally appoint Rock as the group’s Fosse and Sherry as her Verdon.

There are some scuffles among the contestants as usual and ultimately, we get to see the performance. The runway theme for this week is “tulle,” where Jaida and Rock definitely stand out. The judges offer their appreciation to everyone, especially Jaida, as well as, Sherry. The lipsync battle is to hum to the tune of “Call Your Girlfriend” by Robyn. In this round, Jaida is declared as the winner.