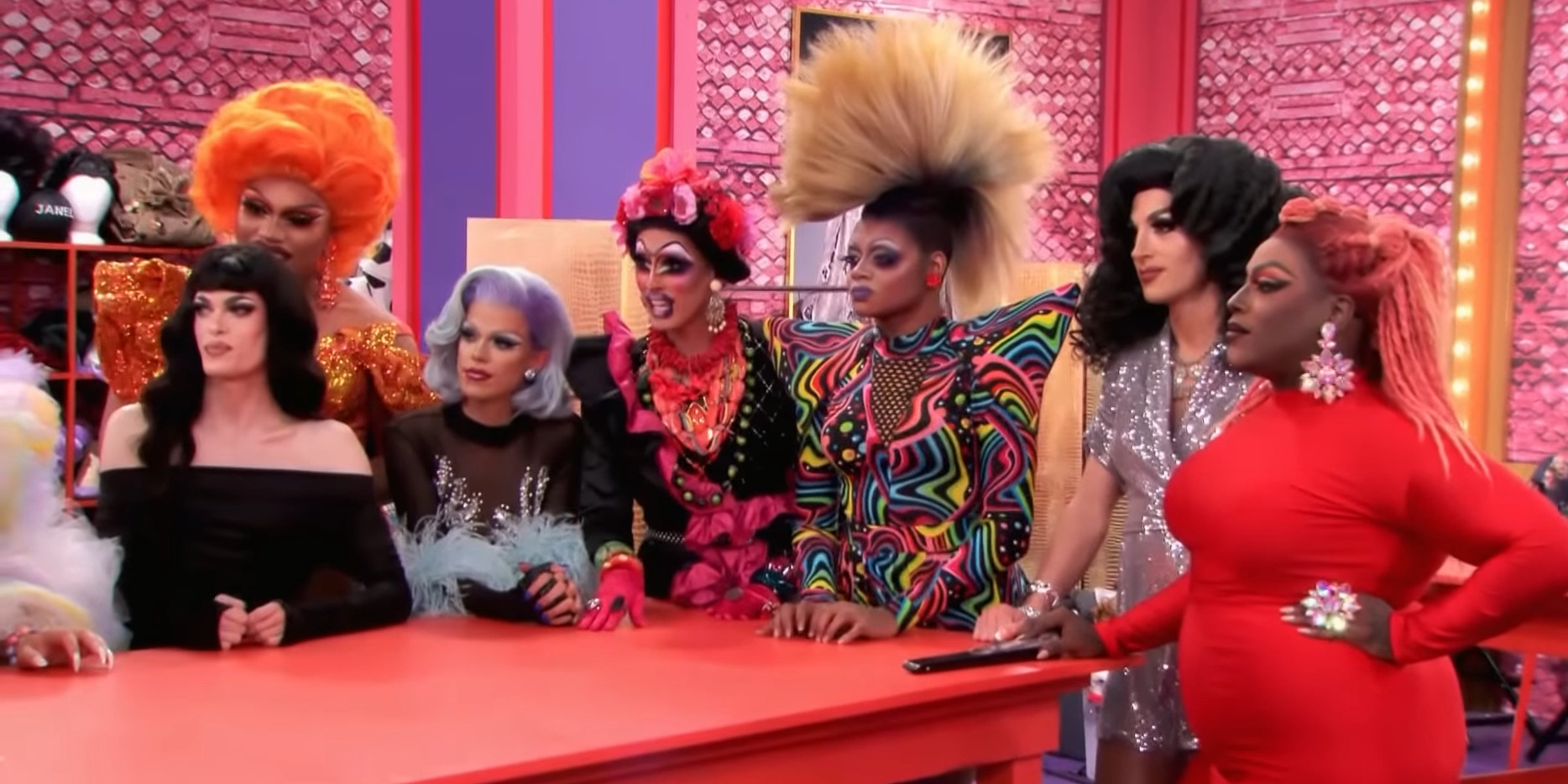 An Emmy-award winning drag-reality competition, ‘RuPaul’s Drag Race’ season 12 premiered on February 28, 2020, with a two-part premiere, wherein fans were introduced to all the 13 stunning queens – Aiden Zhane, Brita Filter, Jan Sport, Crystal Methyd, Dahlia Sin, Gigi Goode, Heidi N Closet, Jackie Cox, Jaida Essence Hall, Nicky Doll, Rock M. Sakura, Sherry Pie and Widow Von’Du. Even before the commencement of the actual competition, we learn about Sherry Pie’s (real name: Joey Gugliemelli) disqualification based on cat-fishing and sexual misconduct allegations. Since the show has already finished filming, we will get to see her in future episodes, except for the live finale.

In the latest episode, i.e., episode 3, which released on March 13, 2020, the judges say “byeee” to one of the Queens, who leaves the stage as the first eliminated contestant. You can check out the recap to know more. In case you want to know about the release date of ‘RuPaul’s Drag Race’ season 12 episode 4, keep reading.

The upcoming episode is titled ‘The Ball Ball.’

You can catch ‘RuPaul’s Drag Race’ season 12 episode 4 on VH1 at the above-mentioned time. You can also watch the episode on VH1’s official website, as well as, the VH1 app.

In the beginning of the episode, all queens assemble in werkroom, where they chit-chat and get to know each other better. The Queens dish all the details regarding their competition, friends, winners of the challenges, so far. Although the first group displays solidarity by hiding the feud between Brita, Widow Von’Du, Jackie Cox, and Heidi N. Closet, the second group spills the tea on the cold-spat between Jaida and Sherry Pie.

In the mini-challenge, RuPaul asks the two winners, Widow and Jaida, to rank the other Queens as their strongest to weakest competitions. Widow put Aiden Zhane at the bottom, while Jaida ranks Heidi as the least interesting. In a twist, the two are made team captains for the week’s team challenge. The maxi-challenge is introduced as an improv-comedy called ‘World’s Worst.’ In four teams, the queens pose as contestants who are set to audition for an ‘American Idol’ esque show. Aiden Zhane chooses Sherry Pie, and Brita; Heidi N. Closet teams up with Gigi Goode, and Jackie Cox; Widow Von’Du picks Nicky Doll, and Crystal Methyd; and Jaida Essence Hall enlists Dahlia Sin, and Jan. Poor Rock M. Sakura doesn’t get picked and is made to tag along with Jaida.

In the runway round, titled ‘Buttons and Bows,’ the contestants bring out their campy side by donning eccentric costumes. Heidi receives compliments for her Pinnochio-inspired get up, while Nicki’s OTT hair button costume is also appreciated. Despite that, Nicky Doll is pitted against Dahlia Sin, in the bottom. The lip-sync challenge features the two performing to Ariana Grande and Iggy Azalea’s ‘Problem.’ After the lackadaisical battle, the judges send Dahlia Sin home, while Doll is given another chance. Olivia Munn is the guest judge of the week.