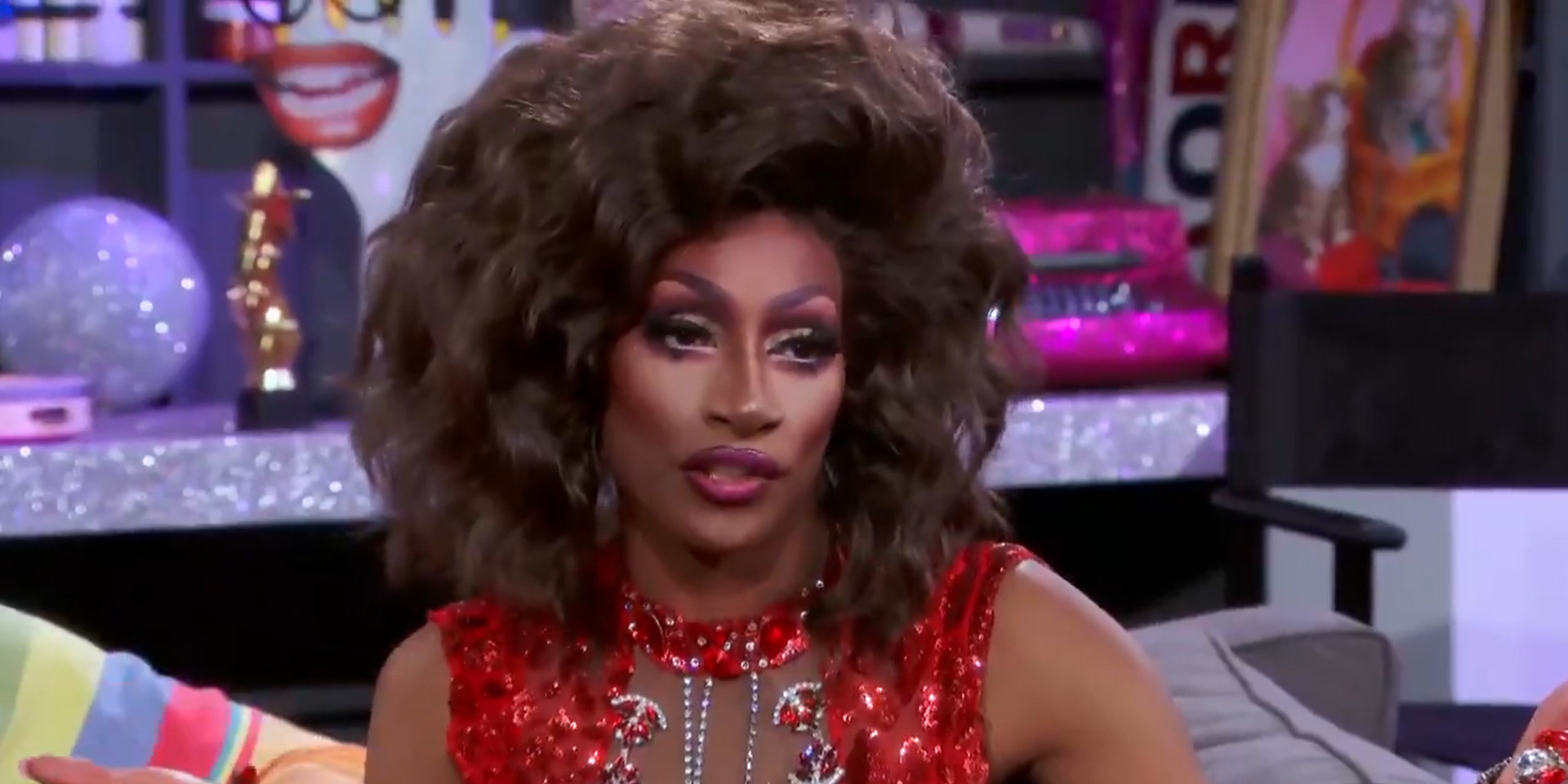 As much as we all want ‘RuPaul’s Drag Race’ season 12 to continue for all the lighthearted drama and wholesome fun it constantly injects in our lives in such trying times, the season has reached its end. The reunion episode sees all the queens (except Sherry Pie, for obvious reasons) come together “virtually” from the comfort of their homes. In the episode, Heidi and Gigi squash their barely existent “makeup comment” feud, while Ru, again, disapproves of Heidi’s decision to keep ‘N Closet’ intact. Nicky expresses regret about not taking a stand for herself when everyone picked her for elimination.

Aiden finally calls Brita out for her nasty behavior, and when Brita tries to be diplomatic about it, Widow calls BS. Butch queen Rock addresses her devastating breakdown over elimination and admits that she is way more confident today. Jan admits that her whole crying situation was her disappointment with herself during the Madonna-inspired challenge and not because of Brita’s elimination. Also, Gigi and Crystal neither accept nor deny the relationship rumors. Now, you must be wondering about what goes down in ‘RuPaul’s Drag Race’ season 12 finale? Well, we are here to help you with that. Keep reading!

You can catch ‘RuPaul’s Drag Race’ season 12 episode 14 on VH1 at the above-mentioned time. You can also watch the episode on VH1’s official website, as well as the VH1 app. If you don’t have a cable subscription, you can stream the show on Philo, Fubo TV, and DirecTV. Another way you can watch the show is on Sling TV, or by purchasing the episodes on Amazon Prime. You can stream the first six seasons of the show on Hulu.

Due to COVID-19 restrictions, the season finale will have a virtual lip-sync battle with Ru as the judge. It will be conducted by utilizing an “innovative technology” that enhances the creativity of the queens. The winner of Season 11, Yvie Oddly, will also be joining the finale to crown America’s next drag superstar. As for Miss Congeniality, all of us might agree that Heidi N Closet deserves to take the crown and sash from Nina West, along with the $10,000 cash prize. She has consistently been the mood-lifter in the werkroom, despite having to lip-sync for her life so often. Heidi surely doesn’t have a mean bone in her body. Her struggles are what make her so undeniably warm-hearted and pure.

Which brings us to the obvious question: Who is it going to be – Crystal Methyd, Gigi Goode, or Jaida Essence Hall? Well, I really want Jaida to win, the queen has come a long way, and after the ‘Choices 2020’ episode, I don’t see why she shouldn’t win! Her witty one-liners, confident runway looks, and on-brand costumes make her a tough contender. Also, who can forget how she hilariously fooled Jeff Goldblum with her “Look over there!” catch-line!

The sweetest of all, Crystal, is not behind. She has always been true to herself and has never backed down from portraying her spunky and quirky self on stage. But I feel that Gigi Goode might take home the $100,000 grand prize because of her chic costumes, sophisticated style, and her progressive journey throughout the season. I mean, can you believe she has never found herself in the bottom two? Well, all the three are deserving, so it doesn’t really matter who wins. *mouths* Jaida Essence Hall!
As you gear up for the finale, don’t forget to check out the comical number performed by all our queens called ‘The Shady Bunch,’ where they even take a dig at the ex-communicado member. Here, watch it!