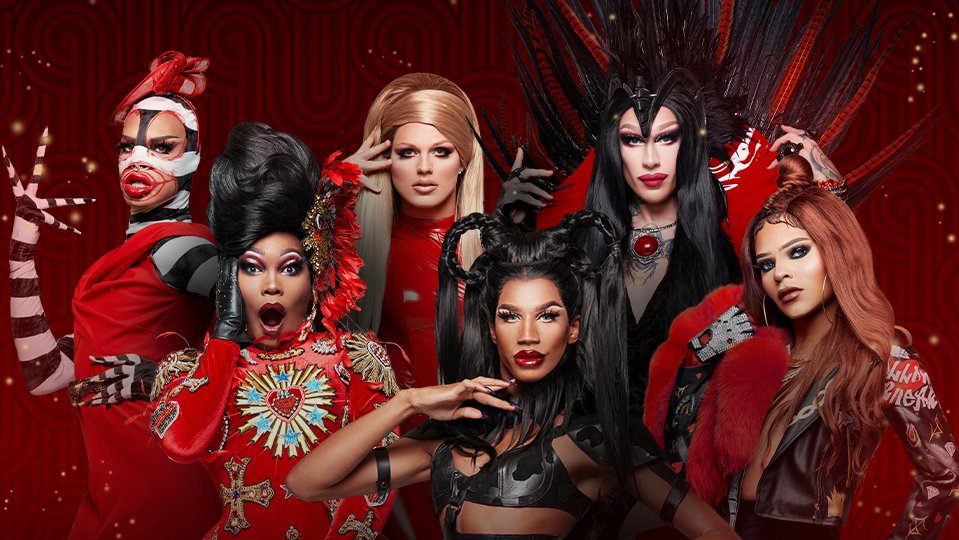 It seems there is no stopping to the evergreen ‘RuPaul’s Drag Race’ franchise. Now, we have a new spin-off ‘RuPaul’s Drag Race: Vegas Revue’, which goes behind the scenes as a bunch of queens prepare to star in their own Las Vegas residency show, ‘RuPaul’s Drag Race Live!’. Yes, RuPaul never ceases in giving us surprises. And we must say, we are quite pumped up for this one. Now, before starting with its episodes, here’s a brief run-down of this much-awaited show.

RuPaul’s Drag Race: Vegas Revue Cast: Who is in it?

‘RuPaul’s Drag Race: Vegas Revue’ features six iconic drag queens in their professional and personal journeys as they gear up for their performances in ‘RuPaul’s Drag Race Live!’ residency — which was launched at the Flamingo Las Vegas in early 2020. The cast for the first season includes season 11 winner Yvie Oddly, accompanied by fan-favorite alums: Asia O’Hara, Derrick Barry, Kameron Michaels, Naomi Smalls, and Vanessa “Vanjie” Mateo. Miss Vanjie is notable for her appearance in season 11 of ‘RuPaul’s Drag Race’. On the other hand, Naomi Smalls and Derrick Barry were participants in season eight and different iterations of ‘All Stars’.

What is RuPaul’s Drag Race: Vegas Revue About?

Conceptualized in the form of a docuseries, ‘RuPaul’s Drag Race: Vegas Revue’ lends a detailed, behind the scenes look at the Las Vegas strip stage show. The documentary throws the limelight on the participating queens as they slay the stage at the Flaming with their beauty, charisma, uniqueness, nerve, and talent. This particular live show, directed by RuPaul and Jamal Sims, kicked off at the Las Vegas Flamingo resort in January 2020 and highlighted a number of original songs from the Drag Race icons.

Speaking about this gig to Entertainment Weekly, RuPaul said: “I think it checks every box, from the girls who are on stage – the girls who were chosen to be in the debut – to the storyline, which is a narrative that the audience understands because it follows what our show does from beginning to end.” And in ‘RuPaul’s Drag Race: Vegas Revue’, we follow the six queens as they visit casinos and meet RuPaul himself. There are also scenes of romance between season 10 queens Kameron Michael and Asia O’Hara! As outlined by VH1: “VH1’s new series will have you getting your jush and hitting the jackpot”!