Russian Doll Season 2: Everything We Know 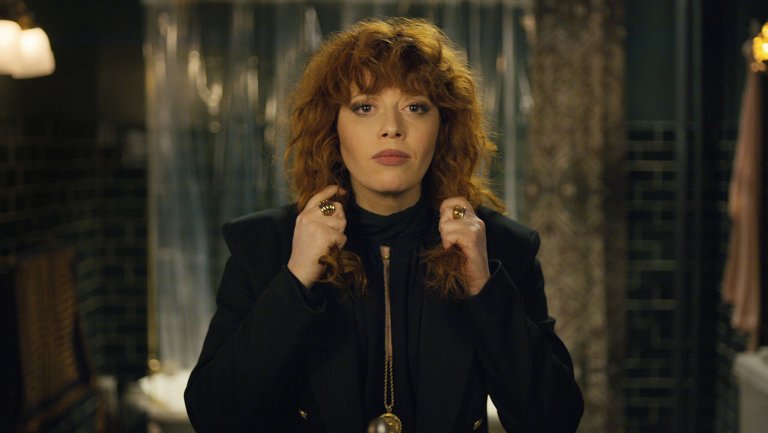 ‘Russian Doll’ is a mystery comedy-drama series that revolves around Nadia Vulvokov, who is stuck in a temporal loop at her 36th birthday party. When she tries to solve the puzzle that she finds herself in, Nadia meets Alan Zaveri, who is also experiencing something similar. As the story progress, they help each other become a better person while attempting to understand the time loop that has now become their reality. Created by Amy Poehler, Leslye Headland, and Natasha Lyonne, ‘Russian Doll’ was a huge success when it premiered in February 2019.

The mystery dramedy series received positive reviews from critics who appreciated Natasha Lyonne’s brilliant performance as Nadia and the show’s perfect transition between different tones. It also managed to bag four Primetime Emmy Award nominations. The captivating story has impressed a large number of viewers around the world who are eagerly waiting for another season. So, when will ‘Russian Doll’ return with season 2? Here’s everything you need to know.

‘Russian Doll’ season 1 released in its entirety on February 1, 2019, on Netflix. It consists of eight episodes with a runtime of 24-30 minutes each. As far as season 2 of the show is concerned, ‘Russian Doll’ was renewed on June 11, 2019, thanks to its captivating storylines that can get anyone hooked.

Did you get the news? 'Cause you're about to die. Season 2 of #RussianDoll is coming soon! pic.twitter.com/keE0gN35I8

The shooting for season 2 was scheduled to begin in March 2020, but unfortunately, due to the impact of the global coronavirus pandemic, the filming was delayed indefinitely. According to reports, the series is now likely to start shooting in March 2021. If everything goes accordingly and the shooting and post-production of the second season are wrapped up in at least take seven-nine months, we can expect ‘Russian Doll’ season 2 to release sometime in early 2022.

Russian Doll Season 2 Cast: Who can be in it?

Natasha Lyonne headlines the cast as Nadia Vulvokov. She is best-known for her performance in ‘Orange Is the New Black’, ‘American Pie’, and ‘Blade: Trinity’. Charlie Barnett, who is known for his role in the NBC drama ‘Chicago Fire’, appears as Alan Zaveri. Greta Lee appears as Maxine while the three times Tony awards nominee Elizabeth Ashley plays the role of Ruth Brenner.

Other notable cast members include Rebecca Henderson as Lizzy, Jeremy Bobb as Mike Kershaw, Ritesh Rajan as Farran, and Yul Vazquez as John Reyes. Almost all of the cast members are likely to reprise their roles in the upcoming season of the comedy-drama series. We can also expect to see some fresh faces portraying new characters in the second season.

Russian Doll Season 2 Plot: What it can be About?

Season 1 ends with Nadia and Alan splitting into different timelines where they end up becoming friends with each other’s past selves. While Alan successfully stops the past version of Nadia from harming herself, Nadia also convinces Alan not to kill himself by assuring him that he won’t be alone. The finale puts the main characters in a strange scenario and they find themselves not only comforting each other’s past version but also understanding the past trauma that they have been through.

The second season will pick up from the ending of season 1. It can explore the implications of the previous version of Nadia and Alan becoming friends with the present version of each other in the temporal loop. By helping each other’s past selves overcome deep emotional and psychological issues, Nadia and Alan have made a huge difference to the past, which can reflect and even change their present, once they get out of the time loop.

Moreover, there is another possibility that the show may explore the time loops with other characters like Alan’s girlfriend Beatrice, Maxine, or Ruth in the upcoming season. Regardless of the choice that the creators make, ‘Russian Doll’ season 2 is likely to be just as entertaining and mindbending as season 1.