When Will Rustic Rehab Season 2 Premiere on HGTV? 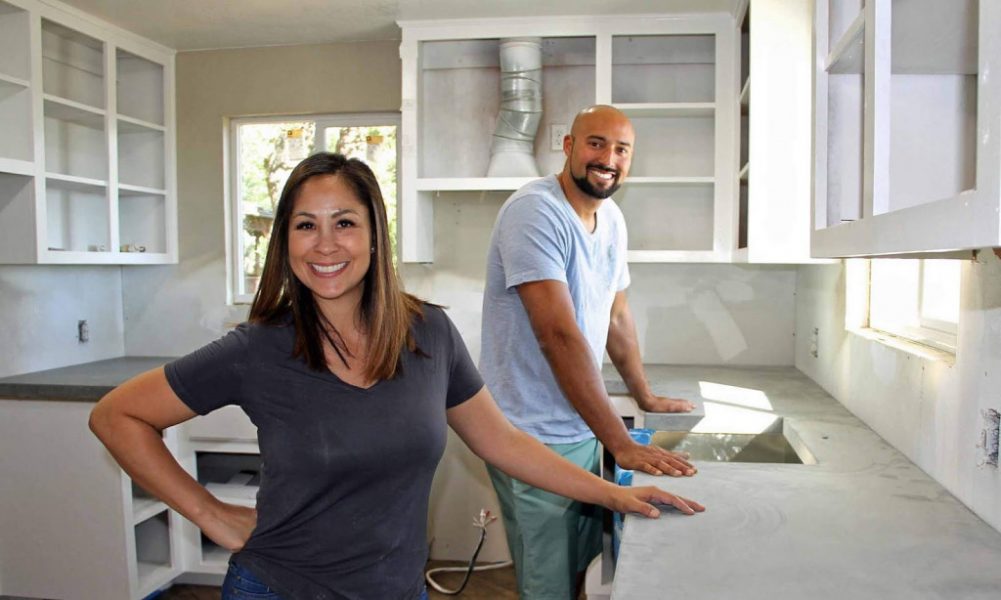 Non-fiction TV shows have always been quite an enthralling watch for the average viewer. Even apparently uninteresting subjects, like real estate (shows like ‘Flip or Flop’ or ‘Property Brothers’), can pull one in and hold one’s attention episode after episode. It is true, however, that hardly anyone would be interested in hearing about random people’s home buying experience; but whenever such a show comes on TV, some of us can’t help but be glued to the temptation of the screen.

On the other hand, real estate TV shows can provide deep insight on the topic, and might help in one’s house hunting experience. The best of these shows are an ideal blend of attractive hosts who hold hammers and idiosyncratic couples with heartening stories with a fantasy in their hearts for experiencing life in most beautiful houses one can only dream of.

‘Rustic Rehab’ is a reality television series airing on HGTV hosted by real estate agents, David and Chenoa Rivera in Paradise, California. The first season of the show was well-received. Now, the question arises: will there be a ‘Rustic Rehab’ season 2? We will delve into that question, but first let’s quickly look into the details of the series.

Who’s the host of Rustic Rehab?

Rustic Rehab is potentially different from the long line of house-flipping shows of HGTV. It follows the couple, David and Chenoa Rivera as they flip houses in the town of Paradise, in California, which they refer to as their hometown. Hence they have a personal motivation towards seeing the town, they grew up in, succeed. Obviously, David and Chenoa are both real estate agents; David is an investor, who looks up the construction work, while Chenoa is a designer, with rustic flair, who administers the decorations. They both work together to renovate and flip homes in their special town.

David and Chenoa reportedly met each other while attending Chico State University. They moved to a house in Paradise, where they are parenting three children. As they claim, the flipping business was simply a part of their life, until they responded to an open call from HGTV. This, in turn, resulted in them getting their own TV show. “We got into real estate about four years ago, and it just started to grow and grow,” said Chenoa.

Naturally, if Rustic Rehab season 2 is renewed, we expect the duo to be back in their respective roles.

What is Rustic Rehab about?

Rustic Rehab is a reality television show that airs on HGTV. The first season of the series follows the charming couple David and Chenoa Rivera, as they make-over and renovate different outdated houses in Paradise, California. In an auction, the couple purchases a house they saw in an old photo. They realise that the house is in quite a bad condition. Yet, they take the challenge and start to work on it. Over the whole process, the restoration of the house is ceased for various issues, but ultimately the couple succeeds in finishing it and making it ready to be resold.

In further episodes, an abandoned house is bought. They renovate the house and add into it a bit of modern architecture, keeping its hip-and-going vibe intact. They also pick the house they first met in. It is a big airy house with beautiful wooden floors and even a nice spacious master bedroom. The house is located in the city of Chico pertaining to which, there occurs a bit delay in the resale of the house. It also shows some intimate bits of the couple’s past.

Towards the end of the season, the couple work in renovating more houses in the foothills of the Sierra Nevada Mountains. The series narrates the house-reselling business of the couple in a masterful way. The thing that differentiates this show from the rest of its kind is also the kind of house-buying people do.

David believes that many of his customers have main homes in the Bay Area, and it’s a source for lots of vacation rentals. Hence, in the series, the houses are specially designed for vacationers; they look more like modernised cabins. The Riveras know that there are some daring challenges to flipping these old wooden rustic houses into enjoyable homely living spaces. Some places lack central heat and air. A lot of the houses come with rots, and bugs like termites and ants.

As we go on with the series, we know that the principal challenge, according to the Riveras, is the sewage system. The flipping of these houses is neither cheap nor easy. But the Riveras are up for taking the challenge. It is charming to see the effort they put into turning these abandoned or out-dated houses into lavish and modern cabin-like homes.

Rustic Rehab Season 2 Release Date: When will it premiere?

Rustic Rehab season 1 premiered on August 16, 2018 on HGTV. Its pilot originally aired on December 15, 2016. The house featured was bought for $95,000, renovated and then sold for $219,000 with a gross profit of $54,000. However, the Riveras failed to keep the margin of profit this high, through the rest of the series. The series lasted eight episodes (excluding the pilot), running till November 6, 2018.

Now, as far as next season goes, HGTV has not made any announcements yet. If renewed, you can expect Rustic Rehab season 2 to release sometime in mid-2020, if not earlier.

While you wait, you could always watch the previous seasons – and if you want a taste of the show, here is the launch promo from last season.