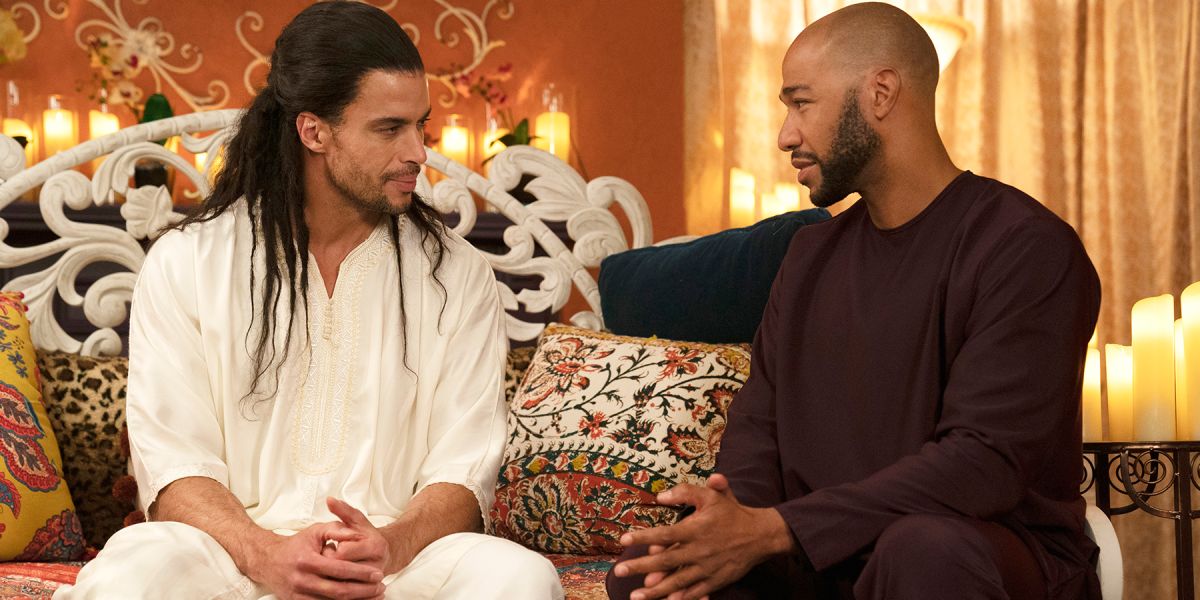 In the recent episode of ‘Ruthless’ season 2, Andrew finds himself in a tight spot. Some women attempt to escape from the camp, and Ruth learns something about Tally and is determined to help her. Brian is tired of dealing with everything at the station and does not want to be a Sheriff anymore. Our recap section will get you up to date with the events in episode 9. In case you’re looking for the release date and other details of episode 10, we have got you covered!

‘Ruthless’ season 2 episode 10 will release on May 4, 2021, at 10 pm ET on BET. The series follows a weekly release schedule, with new episodes releasing every Thursday. However, episode 10 will land on a Tuesday followed by the eleventh episode at 11 pm ET.

Where to Watch Ruthless Season 2 Episode 10?

You can watch ‘Ruthless’ season 2 episode 10 on BET by tuning in to the channel at the date and time mentioned above. You can also catch the episode on BET’s official website or BET+. If you are looking for online streaming options to watch the episode, you could do so on Sling TV, Philo, and YouTube TV. The episode will also be available on The Roku Channel and Amazon Prime Video if you have a subscription to BET+. Those who want to catch up on season 1 can watch the episodes on Fubo TV and DirecTV.

The tenth episode of season 2 is called ‘The Devil’s Brew.’ As we know, Malcolm had promised to protect Sarah, but seeing how she gets shot in the latest episode gives rise to many questions. Therefore, the upcoming episode may follow this storyline. At the Rakadushi camp, Ruth is serious about helping Tally and might take up the matter of the harassment to the Elder Mother. We will also know whether Tally and Andrew reconcile and if River will help Andrew.

In the ninth episode titled ‘The Ritual Bath,’ Andrew’s actions in the past make things messier than they already are. Dikhan confronts Andrew about William’s body since it is evident that it had been moved. When Andrew fails to give him a satisfactory response, he decides to take the matter to The Highest. It turns out that The Highest had sexually assaulted William, who was threatening to complain to the Sheriff, so Andrew chased him and choked him to death.

It is revealed that The Highest had moved William’s body. The leader of the Rakadushis is confident that William is only asleep and not dead. He believes that he has brought William back to life. However, when The Highest is compelled to acknowledge that the young boy is dead indeed, he does not take it well. He blames Dikhan for William’s death and lets him know that he gave William the Ritual Bath so that he could get a proper burial.

At the precinct, Brian talks to Mack and lets him know that he does not want to work with Malcolm. He also threatens to take a transfer if his problems are not solved. With everything that is going on, Brian wants to leave town and does not care about being a Sheriff. Among the various things that are making life difficult for him, one of the reasons is Sheriff Conley. Brian believes that the Sheriff is hand in glove with the Rakudushis and confronts him about it. He warns Conley that if the FBI gets a whiff that something is wrong, they will shut down the station.

Elsewhere in the Rakudushi camp, Zane, Paula, and Lacey are planning an escape, but Agnes confronts them. Ruth and Tally reconnect, and Tally admits that Yancy is harassing her. As we know, Tally and Andrew are having trouble in their relationship, but she goes to see him anyway. She tells Andrew that she does not want to hide their relationship anymore and wants to let The Highest know. By the end of the conversation, Tally asks Andrew to meet her later that night, to which he agrees. In the final moments of the episode, an unknown person drives up to Sarah’s house and shoots her in the back while she is in the shower.

Read More: Where Is Ruthless Filmed?