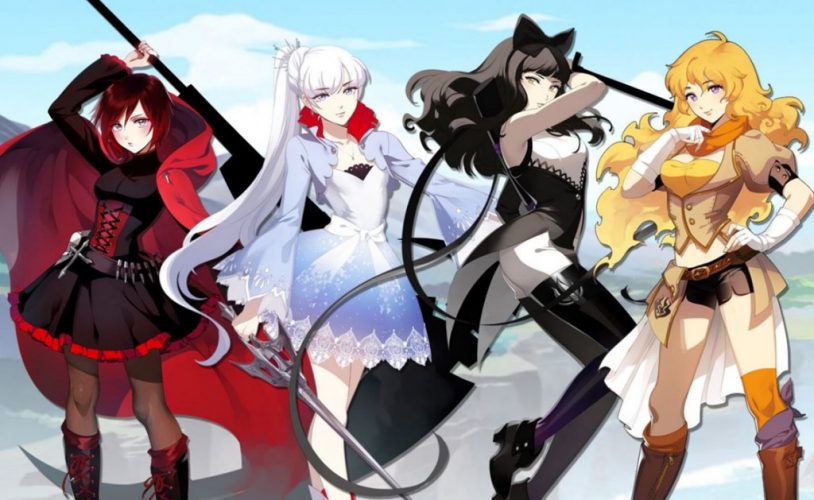 ‘RWBY’, with its low-budget and video-game-like setup, would have easily been labeled as one of those wannabe anime shows that are created by a bunch of anime lovers. But surprisingly, over the years, the series has constantly surpassed all the expectations that fans had from it and many have even debated how it should qualify as an anime.

While certain technical aspects of the series have always been a little off-putting, especially the voice acting, it’s the complex world-building and the amazing personalities of its characters that make it a show that almost comes in par with some of the better-known anime like ‘Sword Art Online‘. What’s even more astonishing about this series is how it manages to cover a lot of ground in its extremely short 5-minute episodes. Anime or not, ‘RWBY’ is one series that very well reflects the potential of Rooster Teeth and certainly holds a lot more potential in the future.

RWBY Volume 7 Release Date: When will it premiere?

‘RWBY’ (pronounced as ruby) is an anime-styled web-series that has also been adapted into a manga series written and illustrated by Shirow Miwa. The first episode of the web series premiered on July 18, 2013 and as of January 26, 2019, with a total of 105 episodes, the series has aired 6 seasons.

Just recently, at the New York Comic-Con, it was announced that ‘RWBY’ season 7 release date to be November 2, 2019 and along with that, even volume 8 and 9 have been greenlit by Rooster Teeth. So the fans of the series surely do have a lot to look forward to as it is not coming to an end anytime soon.

The English dub of ‘RWBY’ is available on Rooster Teeth.

‘RWBY’ is set in the magical kingdom of Remnant which is made out of four realms that are tormented by noxious animals known as the “Animals of Grimm”. Much before the present events of the anime, this dystopian world was managed by two sibling godly beings who were at first not in good terms with one another as the “God of Darkness” made the Grimm decimate all the creations of the “God of Light”. The two, in the end, did agree to each others conditions. They even made mankind and offered it the divine power of magic.

But after an unforeseeable twist in events, humankind were cleared out by the divine beings because of the activities of the vindictive Salem who they cursed with immortality after she attempted to control them into resurrecting her darling, Ozma. Ozma later made his way back to the human realm as a resurrecting soul who held the responsibility of restoring the long lost harmony among the new human race. Salem, who has now transformed herself into a human-Grimm half, is at odds with Ozma as she wishes to overthrow the new humans.

In the end, the disclosure of Dust enables humankind to battle back against the nefarious rule of the Grimm. Ozma’s present manifestation Ozpin, who is determined to destroy Grimm, builds up the foundations in the four urban areas of Remnant to prepare individuals to wage a war as Huntsmen or Huntresses.

This is when the four young ladies, Ruby Rose, Weiss Schnee, Blake Belladonna and Yang Xiao Long come into the picture as they join the Beacon Academy in the realm of Vale. Together, the initials of their names structures the group RWBY (“ruby”) which later partners with other similar groups which go by the names JNPR (“juniper”), CRDL (“cardinal”), CFVY (“coffee”) and SSSN (“sun”). Determined to destroy the Grimm, these groups of Huntresses set out on a quest to make the world a better place for the remnants of humanity.

Ruby Rose is the main protagonist of the series who yields a High-Caliber Sniper-Scythe known as Crescent Rose. She has shiny silvery eyes and short black hair that have reddish ends. She is usually seen in a black long-sleeved dress along with a long red cape at the back. Depending on what she is doing, she has several different outfits as well. Ever since she was a child, she dreamed of being a Huntress and wanted to save the world just like the heroes from the fairy tales she has always fed on.

She is quite an honest person but often bottles up her own issues to portray a strong exterior. She is in good terms with all of her present friends, especially the ones from her own group but more often than not, she struggles to make any new friends. Ruby also has an obsession with sweets and often gobbles down an entire plate full of cookies in one go. During battles, she takes her role as a leader very seriously and does not hesitate even during the most dangerous situations.

Weiss is another protagonist of the series who was once a student at the Beacon Academy. She has pale skin, snowy white hair, and deep blue eyes which give her a very distinctive appearance. Weiss has a very complicated personality and she has gone through a lot in the past. For the most part of her life, she has felt lonely and with time, her loneliness has forced her to develop a cold demeanor even with those who are close to her. Despite being very confident about her capabilities, she never shies away from criticism and is always willing to hone her skills even further.

While her teammates balance their school lives with both fun and studies, she takes her academics very seriously and her dedication towards becoming Huntress even reflects on the battlefield. She often gets pissed when her teammates don’t take their work seriously but still tries to keep herself calm. Even with her fighting style, instead of blindly battling her enemies, she takes a thoughtful tactical approach and properly plans all of her moves. She hates when anyone around her raises their voice out of anger as it brings back some of her own toxic memories. She often practices staying calm and expects the same from the ones around her.