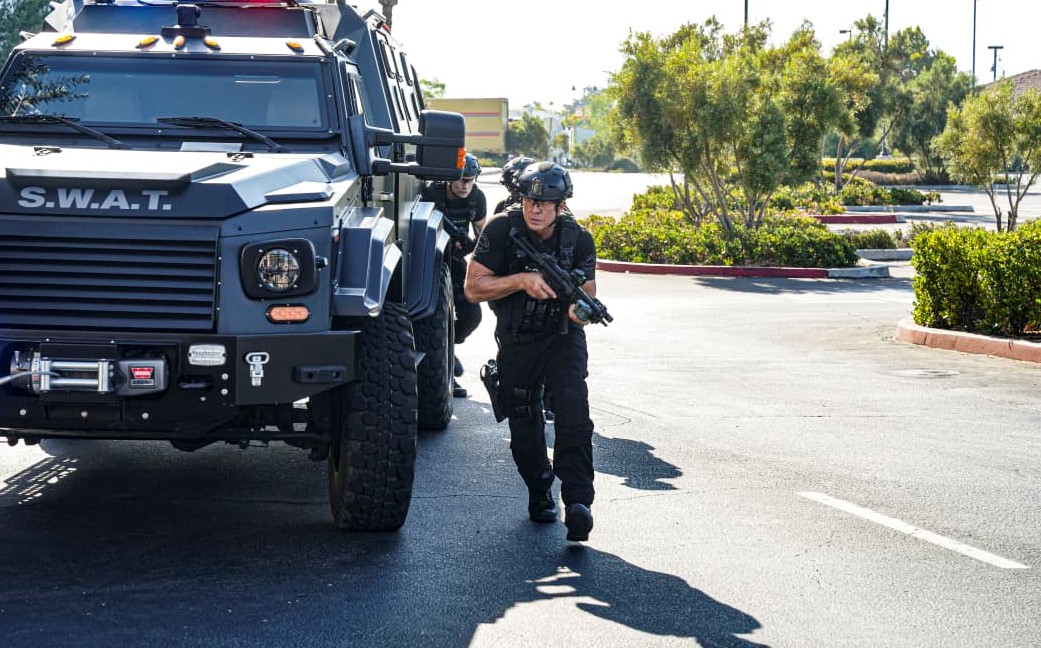 Without Hondo, the 20 Squad struggles to regain their footing in the second episode of ‘S.W.A.T.’ season 5. In New Mexico, Hondo puts his life in danger, searching for Delfina, who has been kidnapped by Novak and his men. With Charro’s help, the rescue mission takes off, but the enemy is too strong to be defeated. More details about the latest episode have been disclosed in the recap. If you’re curious to know about the upcoming episode, we have your back. Here’s all that we know about episode 3!

You can watch ‘S.W.A.T.’ season 5 episode 3 on CBS at the date and time mentioned above. If you miss the episode on cable, you can still watch it on CBS’ official website and the streaming platform Paramount+. Those looking for cable-free options can opt for YouTube TV, Hulu+Live TV, Fubo TV, DirecTV, and Xfinity. You can also watch the released episodes on-demand on Spectrum, Vudu, Amazon Prime Video, Google Play, iTunes, and Microsoft Store. Moreover, Hulu subscribers can catch up on the first three seasons right here.

Episode 3, titled ’27 David’, will revolve around a daunting robbery that besets the City of Angels. The team will be heading towards the downtown Los Angeles library, where a few crucial pieces of architectural drawings will have been stolen. This could directly put the city in danger. After that, conflict is set to arise when the S.W.A.T. team welcomes their new leader, who identities as an LAPD veteran and former S.W.A.T. member Rodrigo Sanchez. With a new personality in the mix, there might be a few setbacks and undesirable adjustments that the team would have to make. To get yourself prepared for the upcoming episode, you can watch the latest promo!

This week’s episode titled ‘Madrugada’ marks Christina Alonso and Dominique Luca’s return to S.W.A.T. as they learn that the 20 Squad is not functional anymore. However, Luca insists he can replace Hondo if Deacon is willing to reassemble the team again. In Mexico, Hondo enlists Charro’s help to get Delfina back from Arthur Novak. Hondo and Charro find Gabriel, who then divulges that AJ killed Miguel because there was silver buried in his land.

Charro asks for professional assistance from his boss, who dismisses his request after telling him to bring the evidence to Mexico City. Having no other option, Charro and Hondo load themselves with weapons and inspect the compound where Delfina is being held. A few seconds later, they spot Gabriel pulling Delfina out of the room when AJ intervenes. He is just about to attack her, but Hondo shoots him.

Arthur rushes in and sees his son lying motionless. Although he is now being sought after by the enemy, Hondo tells them that Isabel would hand over the deed in exchange for her daughter’s freedom. At the site, there is a sudden explosion, and Novak tries to whisk Delfina away. Hondo takes down the gunmen before shooting Novak and rescuing Delfina. The men are ultimately arrested. In the end, Deacon admits that the 20 Squad is incomplete without Hondo, who walks in at the same moment, surprising everyone.