S.W.A.T. Season 5: Everything We Know 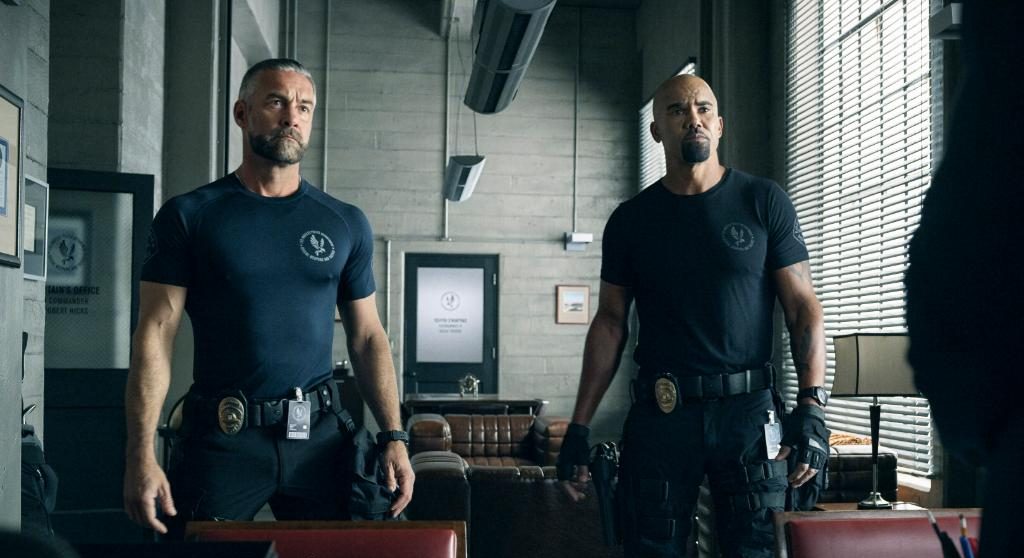 In recent years, CBS’ slate of programming has been dominated by a variety of intense procedural shows such as ‘NCIS,’ ‘Blue Bloods,’ and ‘FBI.’ However, ‘S.W.A.T.‘ distinguishes itself from such similar shows thanks to its pulsating action sequences and edge-of-the-seat drama that combine to form a satisfyingly gripping narrative. Aaron Rahsaan Thomas and Shawn Ryan developed the series based on the eponymous action-drama series that ran from February 1975 to April 1976.

‘S.W.A.T.’ follows Sergeant Daniel “Hondo” Harrelson, who leads a competent and talented team of officers on various missions to catch criminals and foil their evil schemes. The series has received a mixed reception from critics but has been praised for accurately depicting the tensions between the law enforcement unit and the African-American community. If you are one of the show’s passionate fans eagerly awaiting news about a new season of the show, here’s everything we know about ‘S.W.A.T.’ season 5

As for a fifth season, fans should be delighted to learn that the show has been renewed for another season. CBS announced the renewal on April 15, 2021, well ahead of its season 4 finale showing the network’s faith in the series.

We're so freaking excited. What about you all? #SWAT will be back for Season 5! pic.twitter.com/gUZ21IjpGs

While the production on the new season isn’t underway just yet, we expect filming to begin sometime in August 2021. ‘S.W.A.T.’ is one of the few shows that managed to maintain its usual release schedule despite the Covid-19 pandemic. If all things pan out smoothly this time around as well, ‘S.W.A.T.’ season 5 could release sometime in Fall 2021.

We expect most of the series regular members of the cast to return for the fifth outing. It has been confirmed that actor Ray Strachan will play a new character, Devin, in the upcoming season. It is possible that the series will be adding more new faces to its ensemble for season 5.

Season 4 of ‘S.W.A.T.’ heavily focuses on the relationship between the African-American community in LA and the police. Hondo plays a crucial role in trying to reconstruct the relationship alongside his work with the S.W.A.T. team. He also finds himself at odds with Leroy and Darryl over their new business. Chris deals with alcohol addiction, while Tan suffers multiple setbacks in his personal life.

The team has to contend with growing acts of extremism across the city. Hondo and Deacon continue to have opposing ideologies to their superiors. In the season finale, the extremists execute the bombing of a police station, further raising the tension in the city. While the team manages to save the day, the incident has major ramifications going forward.

In season 5, we expect to see the team deal with the aftermath of the police station bombing and explore the personal impact the incident has on each of the team members. They will have to keep their personal issues aside and come together once again to protect the city as new threats lurk in the shadows. After Hondo’s decisive actions at the end of season 4, he may become more expressive of his dissatisfaction over the department’s handling of sensitive situations, which could put him in the bad books of his superiors.