Sacred Games Season 3: Everything We Know 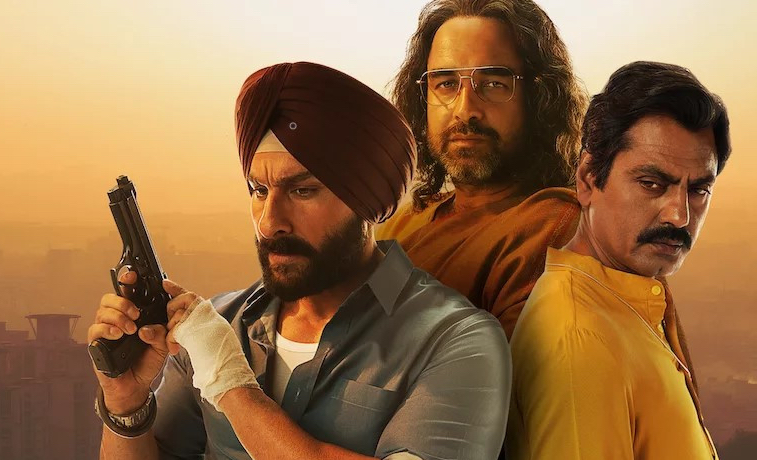 Based on Vikram Chandra’s novel, ‘Sacred Games’ is a Netflix Original series that explores the criminal underbelly of Mumbai. The show revolves around Ganesh Gaitonde, a fugitive crime lord, who contacts Sartaj, an ordinary police officer, to talk about something important. Sartaj is unaware that this brief encounter will open a can of worms for him. As the story progresses, it turns out Sartaj and Gaitonde are just mere pawns in a huge cataclysmic plan that poses an existential threat for an entire city.

‘Sacred Games’ is directed and produced by Vikramaditya Motwane and Anurag Kashyap. The first season of the crime thriller released on July 5, 2018, in more than 190 countries. It received positive reviews from critics around the world and became a global success in a short time. Although season 2 failed to get the same approval from the audience, the series remained popular enough for the fans to demand another season. So, will there ever be a ‘Sacred Games’ season 3? Let’s find out!

‘Sacred Games’ season 2 dropped in its entirety on Netflix on August 15, 2019. It consists of eight episodes with a runtime of 43–58 minutes each.

Season 2 ends on a cliffhanger leaving everything to fans’ judgment. The ending has been deliberately left open to interpretation. In the finale, Shahid Khan successfully activates the bomb with a pattern-protected password. Sartaj’s team decides to give up and flees, but Sartaj is determined to defuse the bomb. With four seconds remaining, he draws a pattern, and the screen shows “loading.” However, it is noteworthy that the pattern drawn by Shahid Khan and Sartaj Singh is different.

So, this can mean two things! If the defusing pattern is different from the original one, it means that Sarjat succeeds in defusing the bomb. On the contrary, the diverse patterns can also imply that the bomb detonates at the end, and all efforts to stop the extremists are rendered futile. Moreover, in an interview, Nawazuddin Siddiqui hinted that season 3 of ‘Sacred Games’ is most likely not happening because there is no material left to cover. Since the show has exhausted the source material, i.e., Vikram Chandra’s mystery thriller novel in seasons 1 and 2, there is not a great chance for the show’s return. Therefore, despite the huge fan following and high ratings, a ‘Sacred Games’ season 3 seems unlikely.

Sacred Games Cast: Who is in it?

Sacred Games Plot: What is it About?

Tired of the corruption in the police department, an ordinary middle-aged policeman, Sartaj Singh, genuinely wishes to curb crime. But he hates that his profession has such a bad reputation. He finally gets an opportunity to do something noteworthy when he receives a call from the fugitive gangster Ganesh Gaitonde. Sartaj tracks him down while they are on call, but before he could arrest him, Gaitonde dies by suicide. However, his death is just the beginning of a long story. Before his demise, Gaitonde had notified Sartaj to save his city in 25 days.

The clues left behind by the gang lord warn of the approaching doom. In season 1, Sartaj tries to unravel the evil schemes of the extremists. At the same time, he tries to figure out Gaitonde’s connection with his father. In the second season, he ultimately finds out that the Ashram that his father used to visit is full of extremists who want to create a conflict-free world with their apocalyptic plans. It is also revealed that Gaitonde was trapped in Kenya by RAW for the safety of Suleiman. They share a long-rivalry that began when Gaitonde stole Suleiman’s mistress Kukoo.

Since their rivalry poses a threat for Suleiman, RAW decided to keep Gaitonde as far away from him as possible. Suleiman is crucial for RAW as he can be used as bait to capture Shahid Khan, a terrorist who plans to wipe out India. The last episode of season 2 shocks fans by revealing that Shahid Khan is Sartaj Singh’s cousin. The show ends on a cliffhanger as Sartaj tries to figure out the pattern to diffuse the nuclear bomb set up by Shahid. The ending proves that ‘Sacred Game’ is without a doubt one of the most promising open-ended shows in recent years.