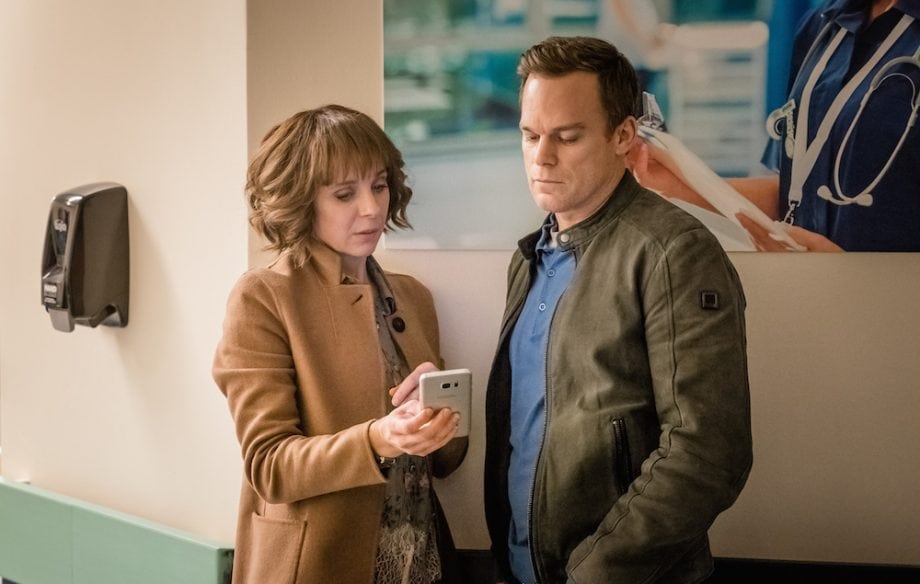 ‘Safe’ is a British television drama series set in England, and it is co-produced by Canal+ and Netflix, with C8 airing the show in France, and Netflix streaming it internationally. The series aired on May 10, 2018. It has been created by  Harlan Coben, the New York Times bestselling crime author, whose mystery narratives are marked by the resurfacing of misinterpreted or unresolved events in the past. While Coben created the series, Danny Brocklehurst acts as the screenwriter. Red Production Company backed the making of the show where Michael C. Hall, Nicola Shindler, Harlan Coben, Danny Brocklehurst, and Richard Fee were serving as executive producers.

The filming of the series was conducted in Manchester, Liverpool, and Cheshire and commenced in July 2017. The series received mixed reviews, with a lot of critics panning the English accent of Michael C. Hall, who plays the protagonist. However, what stood out in the show was the semi-pulpy elements and the well-crafted cliffhangers that inevitably came from the mind of Coben. Furthermore, critics pointed out how every character was made to appear sinister, making for a highly convoluted and highly intense plot. The Guardian summed up the essence of the show rather succinctly when they said, “What looked at one point like it might be Netflix’s Broadchurch – the disappearance of a teenager, a parent’s anguish, the effect on a community, the police investigation – soon starts to look more like Desperate Housewives. I’m very much enjoying these people, without really caring about them.”

‘Safe’ has seen one successful season so far. Here’s everything we know its upcoming season.

Safe Cast: Who is in it?

The main cast of ‘Safe’ includes Michael C. Hall as Dr. Tom Delaney, who plays a widower and a pediatric surgeon. Amanda Abbington comes in as Detective Sergeant Sophie Mason who is Tom’s girlfriend as well as his neighbor. Marc Warren as Dr. Pete Mayfield is Tom’s best friend and Audrey Fleurot as Zoé Chahal is a French teacher. Hannah Arterton appears as Detective Constable Emma Castle, Nigel Lindsay as Jojo Marshall, Sia’s father. Laila Rouass as Lauren Marshall, Sia’s mother and  Joplin Sibtain as Neil Chahal, Zoé’s husband. This is in no way a complete list of characters on the show, as it is set within a gated community and over the course of secrets unraveling, new characters come to the spotlight.

In the upcoming season, hopefully, the show might take off from where it left things and we will see the cast return along with new characters who will bear their own secrets, adding more layers of intrigue to the already gripping series.

Safe Plot: What is it about?

The plot of ‘Safe’ focuses on Englishman Tom Delaney (Hall), a pediatric surgeon and widowed father of two teenage daughters. He struggles to connect with his teenage daughters as they still grieve the loss of their mom from cancer one year prior. After his 16-year-old daughter Jenny goes missing from a party, Tom ends up uncovering a web of secrets as he berserkly searches for his daughter. The first couple of episodes are tightly packed with clues and flashbacks. Soon, it turns out that Jenny’s boyfriend was found dead in the pool where the party was hosted. The hosts try to hide it but couldn’t. Jenny goes on a quest to find the truth in the secrets her mother had using the diary she gave her on her deathbed. She couldn’t confront her father about this hence she decides to stay away and eventually ends up getting kidnapped. The ill attempt made by Tom and the detective to rescue her at the end turns out to be fruitful, and she is reunited with her father. The entire series is very interesting backed by its twist and turns and well-crafted plot.

‘Safe’ hinges on an idea Coben had, saying, “I was just thinking about the idea of people building fences and walls to keep the bad out, but what if [in] doing so, you keep the bad in?” To this extent, the show turns the lens towards a close-knit group that becomes corrupted eventually and protects each other when things start going awry. The narrative of the series is, for lack of a better word, efficient. In the 45 minute episodes, we get quick thrills, outlandish mysteries, and quick solutions. Perhaps the success of the show stems from the very fact that it does not keep viewers hanging over seasons, thus diluting the intensity of the plot. This why the intensity of the twists are so effective since they are not stretched out or inflated.

The show depends a lot on its timing and pacing to spread out the crime that afflicts the gated community, and like any classic locked room story, the community is quick to rid itself of the cancerous criminal element that is present, so that it may return to a normal state. While ‘Safe’ certainly hinges on this trope, it is quick to point out that in modern-day society, no one is actually ever as clean or innocent as they claim to be, and even those who are not directly related to the crime have secrets of their own to hide, which often prompts them to hinder the investigation and the protagonist’s search for justice.

Safe Season 2 Release Date: When will it premiere?

Season 1 of ‘Safe’ premiered on May 10, 2018. While there have been no official talks surrounding the future of the show or the release of Season 2, Netflix has not officially canceled it yet, meaning there is hope for the series. Coben has hinted that he is not ruling out Season 2, though he does not wish it to be a cliffhanger continuation from Season 1. Perhaps, the show could explore how the families recover from the incidents of the first season.

Hickman, who plays Sia, also asserted the possibility of a second season, saying, ” I think there’s always potential for a second series but this story is very much its own story in its own right. But who knows, if people enjoy this”. If we see a Season 2, however, it will be some ways off since the streaming platform has not greenlit another season. However, if it does get renewed, our best guess is Safe season 2 can release sometime in 2021.