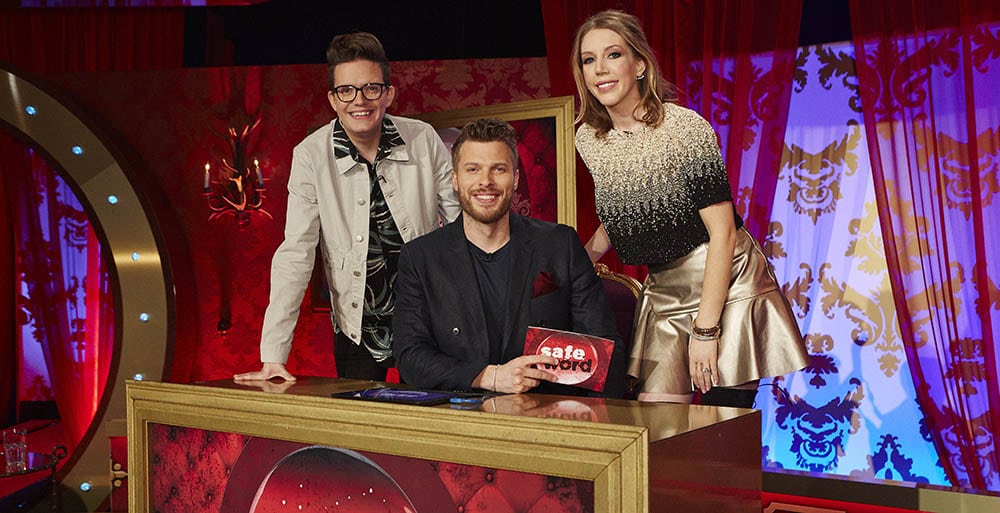 SafeWord is a comedy series that airs on MTV — the first season premiered on a weekly basis starting on July 13, 2017, and ended on August 31, 2017. It had a total of eight episodes. The second season consisted of nine episodes, and they premiered irregularly with no particular gap between two episodes. Most of them came out weekly while some came out within a five-day gap or even more — the first episode premiered on August 24, 2018, and the last on October 17, 2018.

We all know MTV has been home to various shows of this kind. However, the premise of the show is not original because it borrows the concept from U.K show of the same name which aired on itv2. The show is produced by the producers of Lip Sync Battle. The series is directed by Joe DeMaio and Michael Simon. Read ahead to know about Safe Word season 3.

SafeWord Cast: Who’s in it?

The cast of SafeWord is a colourful one — it involves celebrities who are set up against each other to dole out humiliation. Through its 2 seasons, some popular names have been associated with the show.

It is very likely that Terrence J will return to host the new season or MTV might find a new face that has more mainstream popularity.

SafeWord Plot: What it is about?

In the show, Terrence J as the host pits celebrity friends against each other. During the course of the show, they are frenemies. Each celebrity has a “safety crew” of comedians who assist them in pulling one’s opponent out of their comfort zone. The guests play a series of funny games and try to humiliate each other. The only way to gain the upper hand is by having the SafeWord. It is the designated word for each contestant which is used for warning their partner to stop. The challenges given to the guests range from hacking one’s twitter account to going through a lie detector test. Whenever an opponent finds it difficult to cross his/her comfort zone, they use the safe word. The player, who uses the safeword more number of times, loses.

Taking a close look at the tasks involved, we have “Hacked” whcih includes scrutinizing social media accounts of the guests by the opposing team members. The guests have to justify each of their posts, or they lose points. The opposing team may even post anything from the guest’s social media accounts. It is their choice to either continue scoring or put an end to this by using the safe word.

The second round is called “Burned,” it involves roasting the team’s guests using one photo and a caption. The captains take turns one by one to roast and attack the other team. The teams have to bear the attacks until the clock ticks, or they can use the safewords to put an end to it. The third round, known as “Slam Down,” is the harshest of all. It involves insulting the other guest. Every insult earns one point. If the captain is unable to deliver any more insults, he can either use their safeword, or he can delegate this task of insulting opposing team to his teammate.

SafeWord Season 3 Release Date: When will it premiere?

SafeWord Season 2 premiered on August 24, 2018. The first season racked up a decent viewership rating and the second also received positive ratings from viewers. So, it’s most likely that the show will return for another season. However, we haven’t any updates from MTV yet. Since the previous two seasons premiered during Q3 and Q4 of their respective years, SafeWord Season 3 can be expected to premiere in Q4 2019. We will update this section as we hear more. Stay tuned.

While it’s only a matter of time until the third season drops, now would be a great time for fans of game shows to go through the previous two seasons one more time.  Get a sneak-peek into the show below: