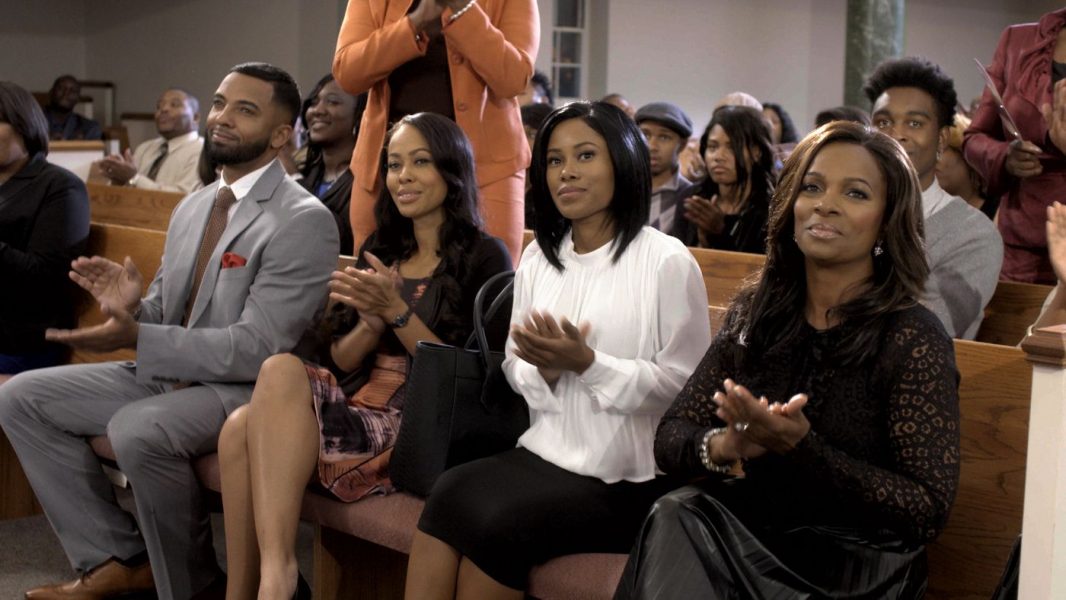 ‘Saints & Sinners’ is an American primetime television soap opera that airs on the Katz Broadcasting-owned Bounce TV network. Created by Ty Scott, the show follows the members of a Baptist church in a small town in the state of Georgia. ‘Saints & Sinners’ was ordered by Bounce TV on May 7, 2015, making it the digital television network’s first original drama series – earlier original shows on the network were all sitcoms. Subsequently, a little less than a year after the announcement, Season 1 of the show, consisting of eight episodes, premiered on March 6, 2016, and it was followed by the premiere of an eight-episode Season 2 on March 5, 2017. Following the premiere of Season 2, Bounce TV again renewed ‘Saints & Sinners’ for an eight-episode Season 3, which made its way to viewers’ screens on April 18, 2018.

Interestingly, while ‘Saints & Sinners’ got mixed reviews from television critics, it also became a breakthrough show for Bounce TV, becoming the network’s most-watched show since launch. If you’re interested in the details, the first episode of Season 1 attracted 1.3 million viewers, and the second episode, which aired a week later, raised the bar higher, attracting 1.5 million viewers. While ‘Saints & Sinners’ could not keep up this viewership over all three seasons, it still remained one the most watched shows on Bounce TV.

Saints & Sinners Season 5 Release Date: When is it coming out?

Saints & Sinners Cast: Who is in it?

Being a television soap opera, ‘Saints & Sinners’ has quite a long list of main cast members.

If Season 5 happens, we expect most of the aforementioned cast members to make a comeback and reprise their roles, except for the ones who have given away owing to the progression of the plot. As far as new additions to the cast are concerned, there are none that we are aware of at the moment. If and when Bounce TV announces additions to the cast, we will update this section to reflect the same.

Saints & Sinners Plot: What is it about?

Set in a smallish town in the state of Georgia, ‘Saints & Sinners’ follows the lives of several members of a big Baptist church, almost all of whom have one secret or the other. To provide context, the show starts off in 1998, introduces some of the major characters and their backstories, and then jumps back to the present day and continues the narrative. As the show progresses, the mysterious histories of many of the characters start to unravel, as do their secrets and their links to other characters. This slow unraveling of the characters is by no means peaceful, and gives rise to a lot of drama and complications in the relationships between the characters.

Despite being centered around the lives of the members of the church, the show is not a particularly innocent one and has its fair share of betrayal, sex, drugs, and violence. Although some episodes of the show feel a bit corny, and others are downright predictable, the show still makes a for a fairly memorable watch owing to the complex relationships between the characters, the convincing performances by its cast members, and its dramatized exploration of the issues behind a church’s finances.

The conflicts between characters are getting more complex and unsolvable with every passing season. So, expect the same in season 5. No information is available about the plot of the next season at this time. But keep checking back with us for further updates as we will update this section as soon as new information surfaces.

Should You Watch Saints & Sinners?

As far as reception goes, the show does not have a score on review aggregator website Rotten Tomatoes. That being said, if one looks at reviews by individual publications, it’s quite clear that television critics have been lukewarm towards the show. For instance, Robert Lloyd of Los Angeles Times reviewed Season 1 of the show, concluding, “Where it’s stiff, it can seem charming; where it’s overripe, it is also flavorful. Where the exposition is too obviously expository (as when Lawson’s pastor introduces “my partner in life and in Christ, my beautiful wife, Lady Ella, and my gorgeous daughter, Dr. Christie Johnson”), it just feels cute. I am not damning with faint praise here, so much as praising with faint damns. An engaging cast compensates for a multitude of dramatic or technical sins, and where it doesn’t, it usually makes them entertaining.” Among viewers, too, ‘Saints & Sinners’ has a fair amount of popularity, and it enjoys a decent overall rating of 7.5/10 on IMDb.

While we wait for Saints & Sinners’ Season 5, here’s the trailer of season 4.