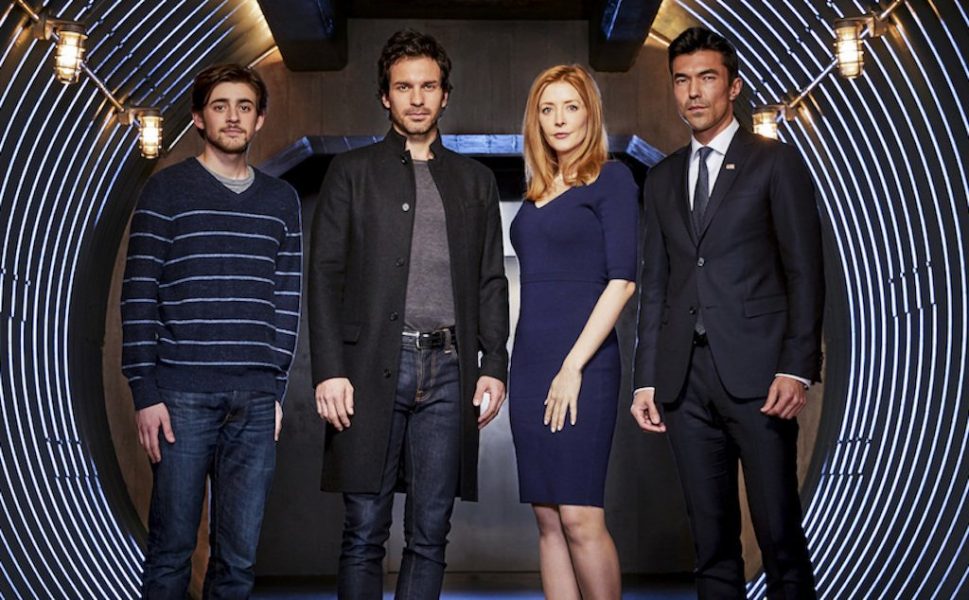 ‘Salvation’ is an American suspense drama television series that airs on CBS. Created by Liz Kruger, Craig Shapiro, and Matt Wheeler, the show is somewhat of a derivative of the Bruce Willis starrer 1998 sci-fi film, ‘Armageddon’, and follows the sequence of events that unfold when an MIT student discovers that an asteroid capable of destroying all life is slated to hit Earth in six months’ time.

A relatively new show, Season 1 of ‘Salvation’, consisting of 13 episodes, hit viewers’ screens on July 12, 2017. Despite poor reviews from critics and a lukewarm reception from viewers, CBS renewed the show for its second season on October 18, 2017. Less than a year later, Season 2, also consisting of 13 episodes, premiered on June 25, 2018. While fans of the show were hoping to see it return for a third season, CBS did not indulge them and pulled the plug on ‘Salvation’ after Season 2. Here’s everything you need to know about it.

Salvation Cast: Who’s in it?

In the show, Santiago Cabrera plays the role of the protagonist, Darius Tanz. A billionaire scientist and the founder of Tanz Industries, Darius becomes a vital player in the United States preparations to defend against the incoming asteroid. After briefly serving as the Vice President of US, Darius also goes on to become the President of the US after the assassination of President Mackenzie.

Jennifer Finnigan, meanwhile, plays the role of Grace Barrows, who starts off as the Pentagon Press Secretary, and later goes on to become a senior advisor first to President Mackenzie and then to President Darius Tanz. Grace also shares an intimate relationship with the US Deputy Secretary of Defense, Harris Edwards, who is played by Ian Anthony Dale. Further, Charlie Rowe plays the role of MIT student Liam Cole, who discovers that the massive asteroid is headed towards Earth. Liam later becomes Darius’ protege, and the two together try to prevent catastrophe by creating an electromagnetic drive for a gravity tractor that they hope can steer the asteroid of its course.

Salvation Plot: What is it about?

‘Salvation’ primarily revolves around developments within the US government as they scramble to defend against the incoming asteroid. Alongside this rush to prevent catastrophe, there’s also much drama and violence as malicious actors get involved.

When the show starts off and Liam discovers that the asteroid is on a collision course with Earth, he tries informing the US government. After his initial plans to do so fail, he finally manages to speak to the US Deputy Secretary of Defense, Harris Edwards, with the help of billionaire scientist Darius Tanz. When Liam tells Harris about his discovery, Harris informs him and Darius that the US government is well aware of the impending collision, and has been secretly working to avoid catastrophe. He further tells them that the truth must be kept from the public in a bid to prevent a collapse in the global political and economic order. However, as the show goes on, the truth starts to leak bit by bit, and later it is fully exposed. Predictably, the global economic and political order collapses, countries go to war, resistance groups and cults are formed, and there is chaos all around. Along with this, there also arise complications pertaining to Darius’ plans to deal with the asteroid, and Season 2 ends with a cliffhanger which reveals that the asteroid, dubbed Samson, is not really an asteroid.

In terms of reception, ‘Salvation’ has fared poorly among critics, and has a terrible score of 44% on Rotten Tomatoes, with the critics’ consensus reading, “Neither remarkably bad nor impressively well-made, Salvation is stereotypical summer television — a low-stakes diversion that may pass the time well enough for undemanding audiences without ever being particularly memorable along the way.” The Hollywood Reporter, in particular, was quite scathing in its review of the show, writing, “A meteor is going to hit Earth. In the meantime, you should probably watch a better drama than this CBS summer throwaway.” However, despite terrible reviews, the show seems to have found some takers among viewers, and it enjoys a decent rating of 7.1/10 on IMDb, based on over 13,000 votes.

Alas, neither we, nor the residents of Earth in the show, will ever get to know what exactly Samson is, as ‘Salvation’ will not be returning for a third season. CBS, on November 20, 2017, announced its decision to pull the plug on the show.

However, CBS’ decision to cancel ‘Salvation’ was not surprising at all, considering that it received flak from critics and its ratings and viewership, by the end of Season 2, had declined by 36% and 24%, respectively.

Since CBS has cancelled the show, there is no new trailer to look forward to. That being said, here is the promo for Season 2 to give you glimpse into what is in store in the final season of the show.