When Sam Rockwell won the Academy Award for the Best Performance by an Actor in a Supporting Role for ‘Three Billboards Outside Ebbing, Missouri’ in 2017, he underlined his supporting actor legacy. Rockwell is known mostly for powerful and subtle supporting character roles in a career spanning more than three decades.

Known as a serious actor who worked with a long-time acting coach for every role he signed on, Rockwell is one of a kind in Hollywood. He enjoys the reputation of a no-nonsensical actor honing his craft all the time. We have seen the mind-blowing results in ‘The Green Mile‘ (1999), ‘Galaxy Quest’ (1999), ‘Charlie’s Angels‘ (2000), and ‘The Hitchhiker’s Guide to the Galaxy’ (2005).

At this point, the question that might be circling your mind is what is the next Sam Rockwell movie and TV show? Well, the good news is that we have a clear answer to that question. Here’s the list of upcoming Sam Rockwell films and TV shows scheduled to release in the near future. We can only hope that the latest Sam Rockwell movies would be as good as some of her recent ones. 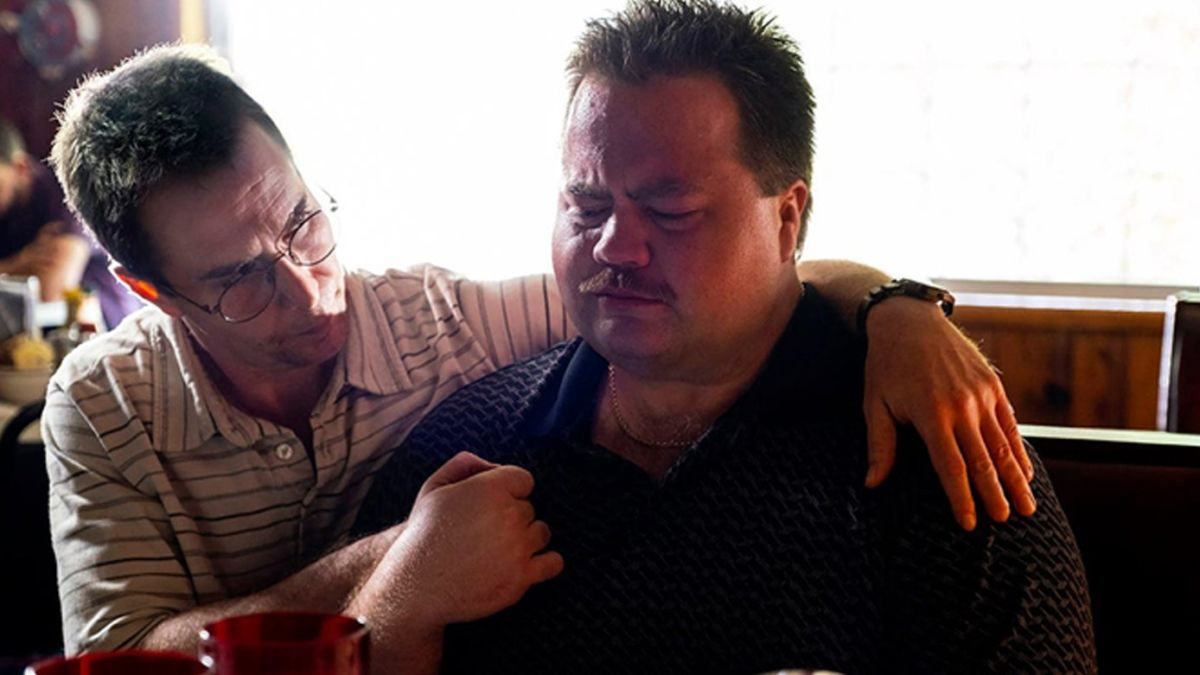 Clint Eastwood is back in the director’s chair and this time he is helming a drama titled ‘Richard Jewell‘. The biographical movie is loosely based on an article that was published in Vanity Fair in 1997. It chronicles the life of the titular Richard Jewell against the backdrop of the 1996 Olympics in Atlanta, Georgia. We see the events that led to the attack during the Olympics.

Jewell used to work as a security guard at AT&T and happened to stumble upon the plot which ultimately resulted in the Centennial Olympic Park bombing. After the bomb detonated, Jewell ended up heroically saving the lives of several people at the 1996 Olympics. However, the FBI ended up identifying him as one of the many suspects linked to the bombing itself. Although his name was cleared after 88 days, the press and several journalists severely vilified the man in the meanwhile. The film will chronicle these events and how Jewell copes with being painted as a villain after acting like a hero.

Sam Rockwell appears as Watson Bryant, Jewell’s attorney who attempts to see that justice is served at the end of the day. Eastwood is known for making intense movies, making Rockwell a perfect fit. Undoubtedly, the actor will deliver a performance to remember. ‘Richard Jewell’ is slated to be released on December 13, 2019. 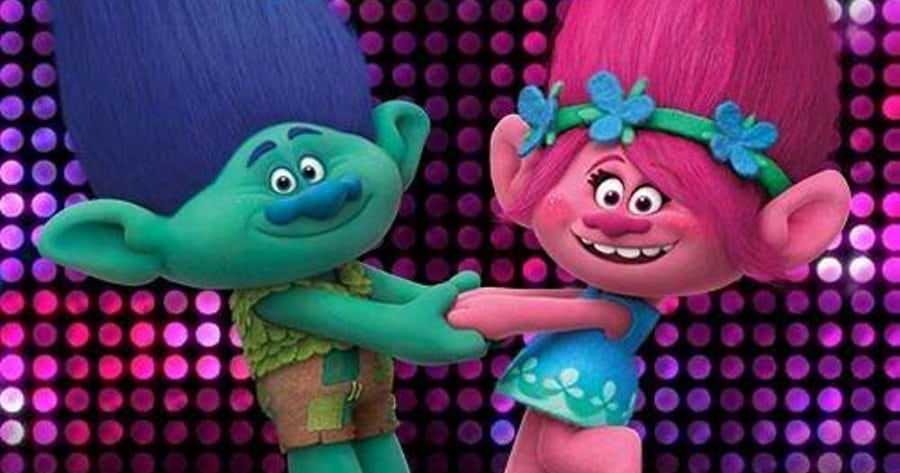 ‘Trolls World Tour’ is a sequel to DreamWorks Animation’s 2016 animation hit ‘The Trolls.’ In the sequel, Queen Poppy and Branch discover several other Troll worlds apart from theirs. Each Troll world is defined by a different genre of music. When a mysterious evil force arrives to cloud all the Troll lands with doom, Poppy, Branch, and their band of friends embark on a diplomatic mission to bring together the diverse Trolls against the common enemy.

‘The One and Only Ivan’ is a live-action/CG hybrid adaptation of the children’s book written by author Katherine Applegate. The movie is based on the story of a super-talented gorilla and some other animals who come together to form a commune at a suburban shopping mall.

The feature stars Bryan Cranston, Ramon Rodriquez, Arianna Greenblatt, Indira Varma, and Eleanor Matsuura in key roles. The voice cast of the movie includes Angelina Jolie, Sam Rockwell, Brooklynn Prince, Helen Mirren, and Danny DeVito. ‘The One and Only Ivan’ is directed by Thea Sharrock from a screenplay adapted by Mike White. The film is slated to be released on August 14, 2020.

3. The Adventures of Drunky (TBA) 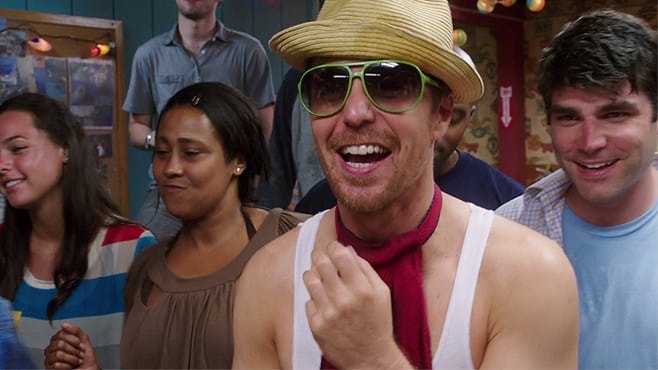 ‘The Adventures of Drunky’ is an R-rated animated series aimed at adult viewers. Touted as a dream project of director Aaron Augenblick, the movie has long been in the making. According to reports, Aaron Augenblick’s script is based on an underground comic that tells the story of a drunkard who finds his head locked in a betting challenge between God and Satan! Sam Rockwell lends his voice to the drunkard while Jeffrey Tambor and Steve Coogan voice God and Satan respectively. 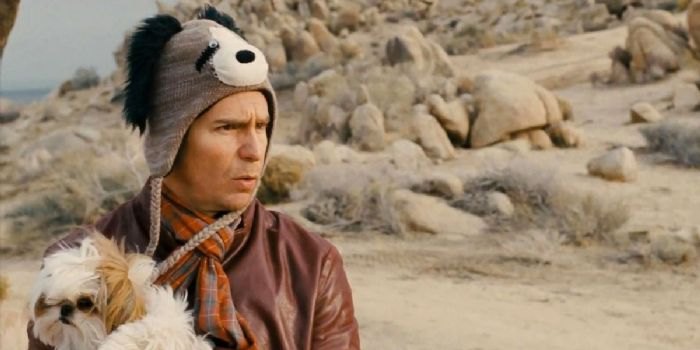 ‘Vital Signs’ is Apple’s most controversial secret show in the making. The series is rumored to be a secret project of Dr. Dre. But, the latest status of the project is uncertain as reports hinted at a possible cancellation. It seems extreme graphic depictions of violence, sex, and drug use prompted Apple to shelve the project.

‘The Heart’ is the directorial venture of writer-directors Nat Faxon and Jim Rash, who won the Adapted Screenplay Oscar with Alexander Payne for ‘The Descendants.’ The movie stars Sam Rockwell, Octavia Spencer and Allison Janney in the lead. The plot centers on Rockwell’s Joe and Spencer’s Lucy. They take the job of delivering a human heart from New York to Florida in 24 hours.

The couple is in dire need of money. But, when they learn that the heart is going to the black market of organ trading, they change their course and take the heart to a much-deserved patient. However, they have to get rid of the insane mercenaries of the organ black market who are on their tail. The fleeing couple realizes that they have rerouted the heart meant for the millionaire buyer who is a ruthless drug lord. 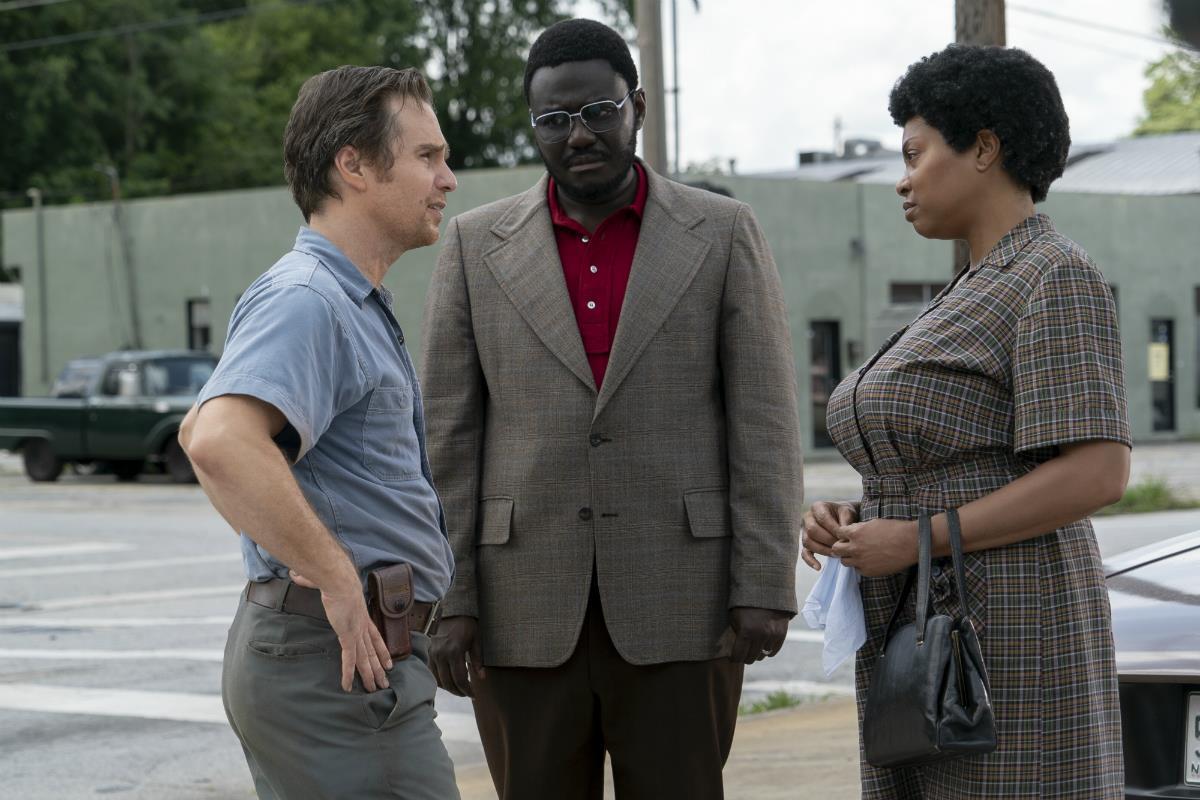 Based on a true story, ‘The Best of Enemies’ has Taraji P. Henson and Sam Rockwell in the lead roles. The movie centers on the fight for school desegregation in Durham, North Carolina. Set in the racially turbulent summer of 1971, ‘The Best of Enemies’ features Sam Rockwell as C.P. Ellis, a local Ku Klux Klan leader. Taraji P. Henson plays Ann Atwater, an outspoken civil rights activist, who develops an unlikely relationship with Rockwell’s Ellis in the movie. The movie also stars Babou Ceesay, Anne Heche, Wes Bentley, Nick Searcy, John Gallagher Jr., and Bruce McGill. ‘The Best of Enemies’ released on April 5, 2019.

‘Fosse/Verdon’ is based on the real-life story of director-choreographer Bob Fosse and his muse-turned-wife, Gwen Verdon. FX’s highly-anticipated biopic miniseries has Sam Rockwell and Michelle Williams as the titular couple. The series follows the odd couple’s journey through the Broadway glamour and redefining the American Entertainment industry in their course.

Loosely based on the 2013 biopic ‘Fosse,’ the TV adaptation focuses on the romantic and professional aspects of the relationship between filmmaker and choreographer Bob Fosse, and dancer Gwen Verdon. Bob was a visionary filmmaker and one of the most influential choreographers and directors of his time. He bagged eight Tony awards and an Oscar during his prolific career. On the other hand, Verdon was one of the most celebrated dancers in the history of Broadway history during the ’50s, ’60s, and ’70s. She earned four Tony awards in her outstanding career. The two tied the knot in 1960 and the marriage lasted till 1971.

The series is adapted for TV by Steven Levenson, Thomas Kail, and Lin-Manuel Miranda. Levenson serves as the showrunner and while Thomas Kail directing. The series debuted on April 9, 2019. 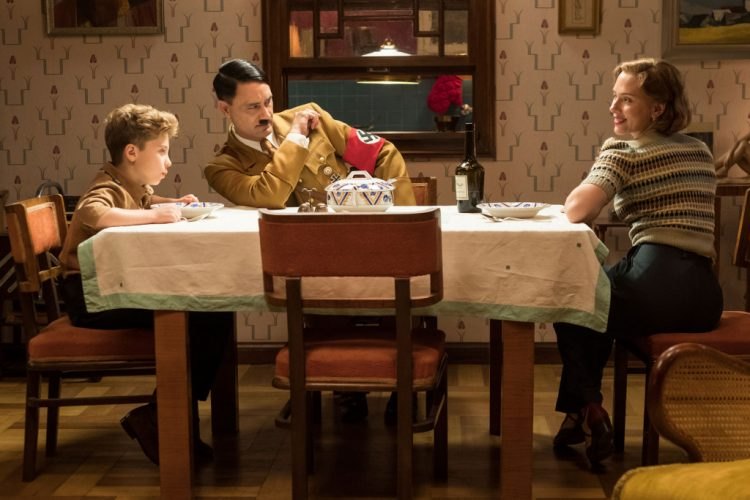 ‘Jojo Rabit’ is filmmaker Taika Waititi’s take on the Nazi era and Adolf Hitler. Besides directing the movie, Waititi also plays the lead as an imaginary Adolf Hitler. But other than the imaginary Hitler, ‘Jojo Rabbit’ deals with real-world problems created by real-life people.

Sam Rockwell plays the role of a German Captain, Klenzendorf in the movie. He is a captain in the Nazi army who instructs kids for the Hitler Youth Camp. Set against the backdrop of World War 2, the movie is a dark comedy with a German boy whose only friend is an imaginary Hitler. ‘Jojo Rabbit’ also features Scarlett Johansson, Stephen Merchant, Alfie Allen, Rebel Wilson, Thomasin McKenzie, and Roman Griffin in key roles. The movie released on October 18, 2019.