Sanctuary Season 2: All The Details You Need to Know 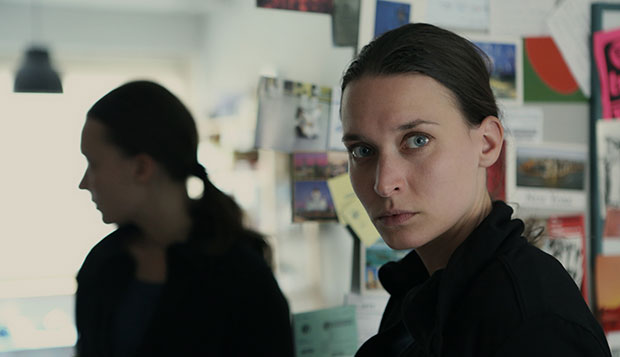 Studiocanal’s ‘Sanctuary’ is a Swedish psychological thriller, based on the novel, ‘The Devil’s Sanctuary’ by Marie Hermanson. It is directed by Oskar Thor Axelsson and Enrico Maria Artale. Created and written by Charlie Fletcher and Rachel Flowerday, the Nordic drama attempts to ask one question: “What could be worse than being imprisoned in a locked-down clinic where nothing is what it seems, and nobody believes you are who you say you are?”

Lending a twisted insight into human survival instincts and issues concerning identity theft, trust, and betrayal, ‘Sanctuary’ aims to answer: who can you become in order to survive? Well, owing to its complex plot and mind-bending storyline, the series was picked up by Sundance to air for its US audience. And it opened to a positive response. Read on to know everything about ‘Sanctuary’ season 2.

‘Sanctuary’ season 1 premiered on April 23, 2020, on Sundance Now. It consisted of eight episodes and ended with its finale on June 11, 2020. Each episode spans a runtime of 45 minutes. Because of its gripping storyline and clever grasp on the human psyche, ‘Sanctuary’ was appreciated by fans of psychological thrillers. Therefore, owing to the positive reviews received by its first outing, we expect it to be greenlit for another season at least. If that happens, we can expect ‘Sanctuary’ season 2 to premiere sometime in 2021.

Sanctuary Season 2 Cast: Who Can be in it?

Josefin Asplund from ‘Vikings’ and ‘The Girl with the Dragon Tattoo‘ fame enacts the dual roles of twin sisters Siri and Helena. Joining her is Emmy and Golden Globe nominee Matthew Modine (‘Stranger Things‘, ‘The Dark Knight Rises’, and ‘And the Band Played On’). Modine stars as Dr. Marvin Fisher, the manipulative director of the sanctuary — which is where the entire events of the series take place.

Other stars who appear in additional recurring roles are Will Mellor, Agnieszka Grochowska, Philip Arditti, Lorenzo Richelmy, Richard Brake, and Barbara Marten. Season 2 is expected to see all the lead cast members reprising their original roles.

Sanctuary Season 2 Plot: What Can it be About?

‘Sanctuary’ begins by introducing us to Helena, who is the identical twin of Siri. The sisters have been estranged for several years now and have always harbored a complicated bond. But when Helena loses her partner, she goes in a state of shock. Traumatized by her loss, she decides to visit Siri, since the latter is her closest living family member. Helena, at that moment, also receives an invite to the exclusive residential sanatorium in the Alps. Finally, she decides that it would be a good vacation and a change of place could help her heal. Hence, she finally reaches the location.

Although the clinic is peaceful, Helena observes that something is weird about its whole set-up. So when Siri requests her twin to swap places with her for a few days, Helena refuses. However, when Helena wakes up later, she finds that Siri has disappeared. Eventually, she realizes that Siri is never returning and this facility is not a recovery center but an institute for studying psychopaths. Helena’s only solution is to escape but the situation is made worse by the fact that nobody believes her to be Siri’s sister. They think she is Siri.

In order to survive, Helena must flee this place while being surrounded by manipulative, predatory people. And in her struggle for survival, the once sane Helena starts showing signs of losing her mind — which might even end up surpassing the craziness of her twin. Season 2 is expected to pick up the story from season 1’s finale and follow the twisted tale of these sisters while giving us deeper insights into their psyche.