Sanditon S1 E5: Everything We Know 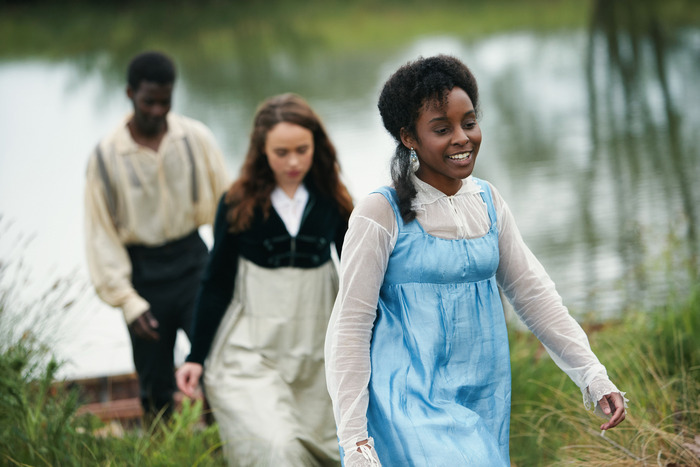 Jane Austen wrote her final novel just before her final days in the early 1800s. This very book, although incomplete, was then adapted into a full-fledged series that airs on PBS. It is about the spirited and slightly impulsive Charlotte Heywood, who arrives in the seaside locale of Sanditon and then develops a tumultuous relationship with Sidney Parker.

‘Sanditon’ has spanned four remarkable episodes to date, with the last episode airing this week. Now, if you wish to know about the details of the upcoming episode, read on to get a detailed insight into ‘Sanditon’ episode 5 release date, streaming options, and a short recap of episode 4.

Sanditon Episode 5 Release Date: When Will It Premiere?

PBS describes the episode as: “Tensions come to a head when Young Stringer, desperate for answers, threatens a worker boycott of the annual cricket match with Sanditon’s gentlemen. Charlotte and Miss Lambe hatch a secret plan sure to draw ire from Sanditon’s residents.”

You can also watch a preview clip for the episode here.

Season 1 consists of eight episodes and they will follow a weekly release schedule, after its two-episode premiere on January 12, 2020. The season will wrap up with its finale on February 23, 2020.

Where to Watch Sanditon Episode 5 Online?

If you don’t have cable, you can watch the series by purchasing it on Amazon Prime Video. Live-streaming options include YouTube TV and Directv by subscribing to the platforms through any of your devices.

Episode 4 follows a homesick Charlotte who seems to be getting along with the Parkers. She then sets off to visit Georgiana, who is elated after receiving a secret letter but is bored after staying indoors for so long. Charlotte then suggests that they go on a picnic. However, she later realizes that Georgina had lied to her so that she could sneak out with her lover, Otis — a revelation that leaves the protagonist annoyed.

Meanwhile, siblings Edward and Esther finally reveal their incestuous relationship, which is discovered by none other than Clara. But when Clara learns that Esther has true feelings for her brother, she advises the latter to be careful. After all, Edward cares about nothing but money.

Back to the picnic where Charlotte is the uncomfortable third-wheel to Georgina and Otis’ romantic outing. It is also revealed that Otis is a former slave and is currently working with the abolitionist group, the Sons of Africa, in order to put an end to slavery. We also learn that Sidney has been rejecting Otis’ proposals to marry Georgina.

When Charlotte hears about this, she is a bit skeptical about Sidney and how he actually is as a person. Although she tries to convince herself that slavery is a practice that has been in place for decades, she still cannot help but consider the fact that Sidney might have a darker side to his personality.